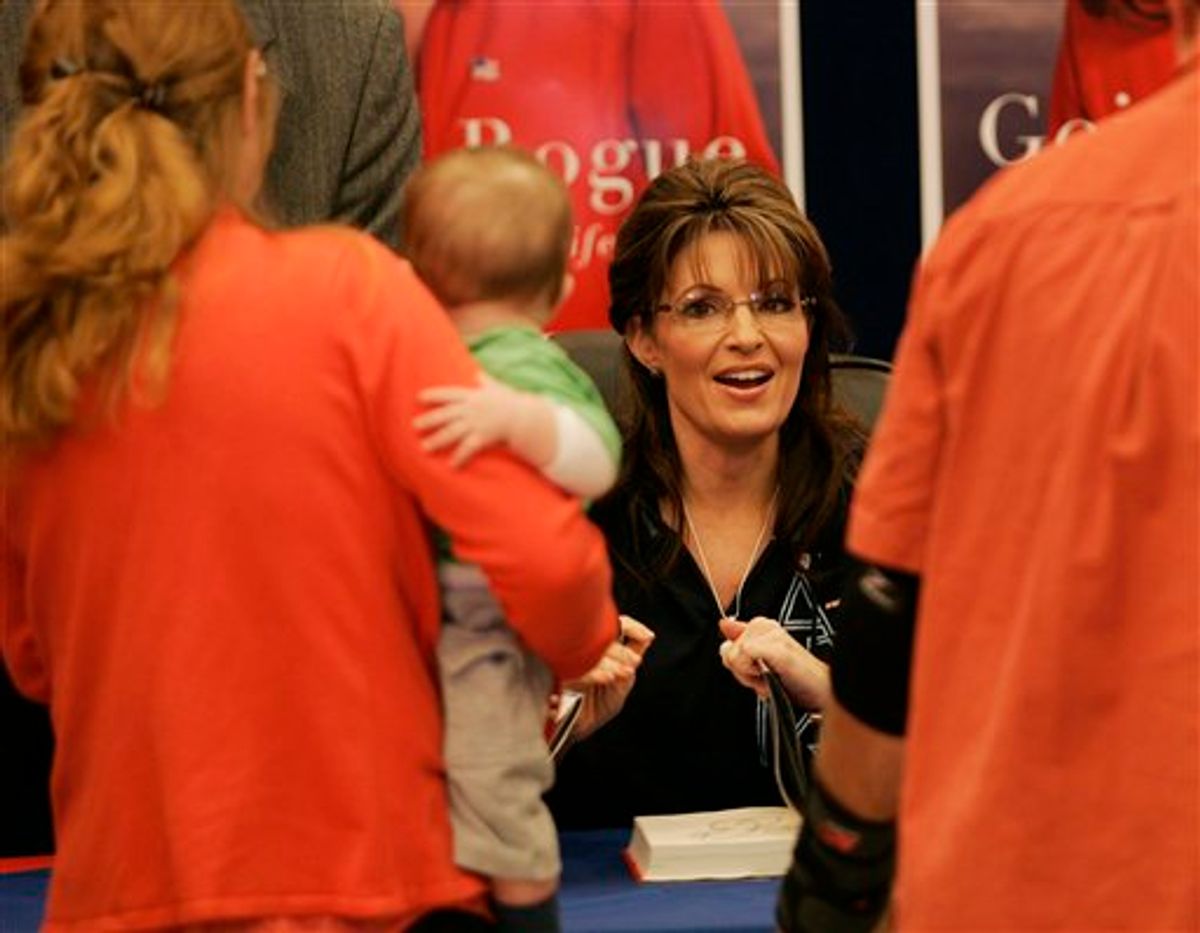 From the moment it was announced, it was clear that Sarah Palin's memoir "Going Rogue" would be a bestseller. But the size of the book's success is still pretty amazing: According to Greg Sargent, more than one million copies have now been sold. That's after a first week in which 700,000 were bought.

These are, to put it mildly, huge numbers in today's publishing industry. That said, though, there's no reason to believe Palin's success at the cash register can transfer into success at the ballot box -- to expand on one observation Sargent made, what the sales figures really show is that she's become a media star.