Hayden: "Time to strip the Obama sticker off my car" 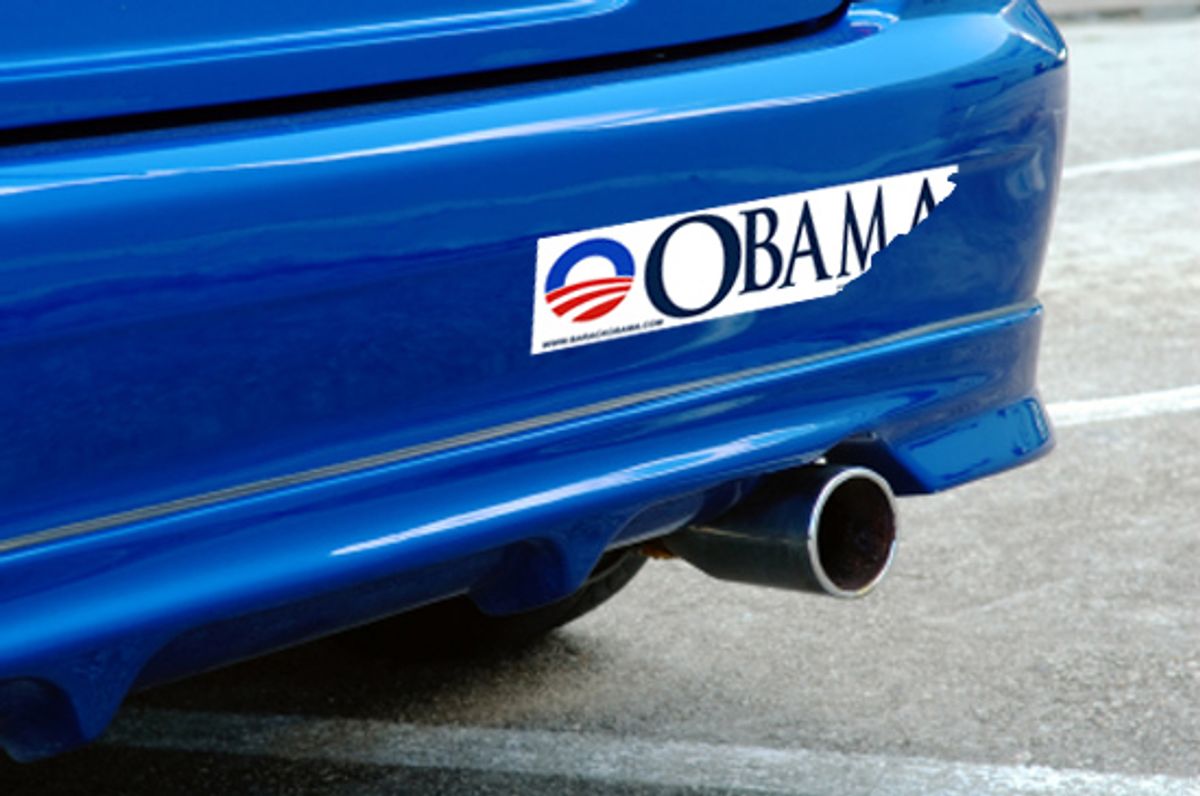 Tom Hayden, the liberal activist best known for his work in the '60s, when he helped found Students for a Democratic Society, was once pretty enthusiastic about Barack Obama. Back in March of 2008 he had the first byline on an article in the Nation -- also attributed to Bill Fletcher Jr., Danny Glover and Barbara Ehrenreich -- that began, "All American progressives should unite for Barack Obama."

Now, though, after the president announced his decision to send an additional 30,00 troops to fight in Afghanistan, Hayden's had enough. His latest piece for the Nation begins with a very different sentiment than the one he expressed not two years ago. Now, Hayden says, "It's time to strip the Obama sticker off my car."

He goes on to write:

Obama's escalation in Afghanistan is the last in a string of disappointments. His flip-flopping acceptance of the military coup in Honduras has squandered the trust of Latin America. His Wall Street bailout leaves the poor, the unemployed, minorities and college students on their own. And now comes the Afghanistan-Pakistan decision to escalate the stalemate, which risks his domestic agenda, his Democratic base, and possibly even his presidency.

We'll see. To be clear: I'll support Obama down the road against Sarah Palin, Lou Dobbs or any of the pitchfork carriers for the pre-Obama era. But no bumper sticker until the withdrawal strategy is fully carried out.

It's one thing for liberals who've supported Obama to disagree with and criticize him over Afghanistan, for them to have been hoping he'd opt for a different direction. But arguments like the one Hayden's making -- and the one Michael Moore made in his recent open letter to the president -- just end up with those advancing them look foolish. It's like they dreamed up a list of policy positions for Obama, then convinced themselves that they actually were his positions.

Agree or disagree with Obama's decision, one thing is clear: The course he chose is not, as both Hayden and Moore have implied, some radical shift in his thinking. It's certainly not, as they've also implied, a betrayal of his campaign. Maybe they bought in to the argument from the right that Obama is a super-liberal, but it's just not so -- what he's done now is completely consistent with the position he's always taken on Afghanistan. He's always portrayed it as the good war, one of necessity as compared to a misguided war of choice in Iraq. While President Bush was in office, many liberals took the same position.