"Everybody's Fine": Dysfunctional for the holidays 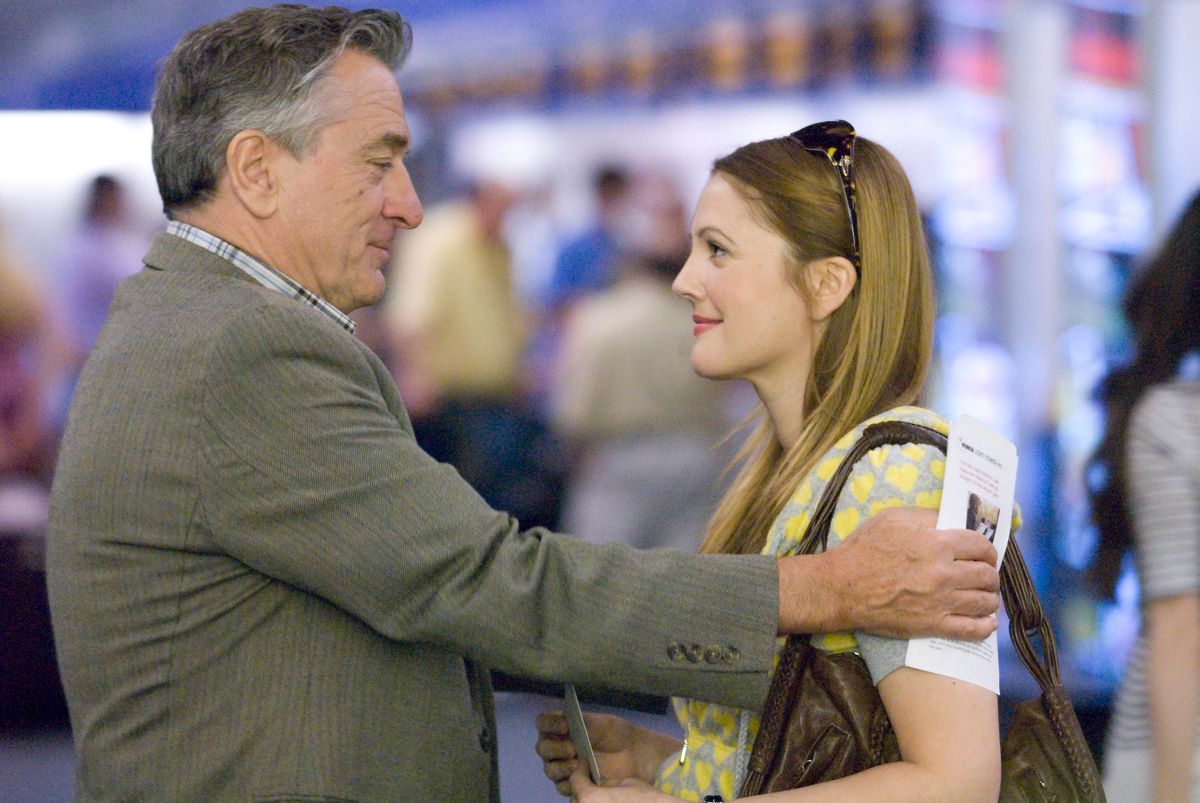 "Everybody's Fine" is this year's winner in the "We're All Dysfunctional Together and We Like It That Way" Family-Drama Sweepstakes, a picture with pathos, family secrets and an aging dad, the kind of guy who's worked hard and lived a good life but now doesn't have much to do but rattle around his garden and jingle the change in his pants pocket. Robert De Niro stars as Frank Goode, an upstate New York retiree (his former line of work was applying PVC coating to telephone wires) and recent widower. Since the death of his wife, eight months previous, he's lost touch with his four children, who are scattered across the country. There's Kate Beckinsale's Amy, a moneyed Chicago advertising exec; Drew Barrymore's Rosie, a dancer in Las Vegas; Sam Rockwell's Robert, a professional musician based in Denver; and the mysterious David, a successful painter living in New York City.

Frank hasn't been a bad father. It's simply that his late wife had always been the conduit -- the telephone wire, if you will -- through which the family kept in touch. When all four of the kids cancel a weekend family get-together he's planned -- the mysterious David sends his regrets by proxy -- Frank sets out by train and bus to make a surprise visit to each of them. He packs a few clothes into a suitcase, along with the medication on which his life depends (pay attention here!), zips up his standard-issue Dad-beige golf jacket, and sets off.

This, of course, will be a voyage of discovery for Frank -- he'll learn things about his children he never knew, and they in turn will open up to him. But you knew that already: "Everybody's Fine" is so forthright about what kind of movie it is, and the feelings it strives to elicit in us, that it's easy enough to just drift along for the ride, even if certain elements of the story set off those "Hey, wait a minute ..." warning bells. The director of "Everybody's Fine" is Kirk Jones ("Waking Ned Devine," "Nanny McPhee"), but the movie is a remake of a 1990 Italian film ("Stanno tutti bene") featuring Marcello Mastroianni. I confess I haven't seen the original, and I suspect that a few things may have been lost in translation between the two versions. For one thing, one of Frank's "faults" is that he pushed his children too hard, expected too much of them. At one point Rosie tells him that he put too much pressure on her brother David -- that means Frank, a hardworking, blue-collar dad, actually encouraged his son to seek a life of accomplishment and fulfillment in the world of fine art. Sue me, but I just can't see what's so bad about that.

And that's one of the key problems with "Everybody's Fine": It wobbles dangerously close to "Look how we turned out, and it's all your fault!" territory, in which alleged grown-ups, sometimes with kids of their own, scrutinize their parents' child-rearing methods and find them wanting. I'm not talking about coming to terms with genuine neglect or abuse; I mean complaints of the relatively mild "You insisted on putting peas on my plate even though I hated them" variety. And a little of that goes a long way, in life and in family dramas.

But "Everybody's Fine" does offer some comforting melodramatic pleasures. For one thing, Drew Barrymore's in it, and even when her character is accusing poor old pops of not always being as sensitive as he might have been, she comes off as the most well-adjusted of all the siblings -- her very demeanor suggests that it's all OK, no harm has been done. And De Niro's performance is nicely understated and unforced. Another actor might have greedily milked the story's pathos quotient (believe me, there are plenty of opportunities). But De Niro hangs back, and the approach works. His graceful but slightly loping carriage, his half-amused, half-weary expression, even the way he zips that golf jacket just up to a certain spot near the belly -- it's as if De Niro had studied the universal language of dads and come up with all the sweet spots. This is the kind of work a great actor does when he's not preoccupied with giving a great performance. Its very casualness is its big selling point.