The best nonfiction books of 2009 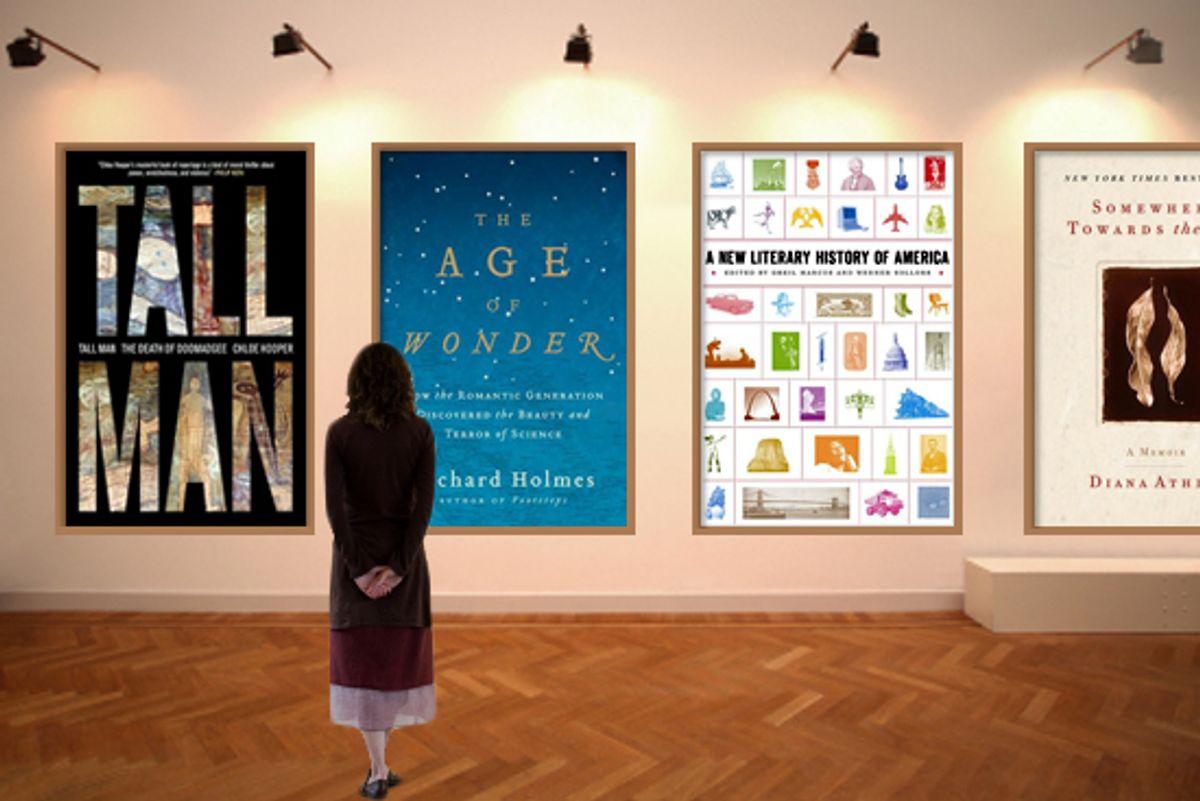 It's been a rocky year for the book business, what with price wars among the major discount retailers, the byzantine provisions of the Google Books settlement and an unceasing drumbeat of proclamations that the publishing industry is rendering itself obsolete. At the same time, new reading apps introduced for the iPhone outnumbered games for the first time this fall, and the manufacturers of e-readers all report that the devices are selling like hotcakes.

Amid all this speculation about the future of publishing, one thing has remained constant: Authors are still writing great books. Today, Salon presents our list of the five best works of nonfiction published in 2009. Tune in tomorrow to learn our choices for best fiction, and on Thursday, we'll publish our list of the 10 best books of the decade.

"Somewhere Towards the End" by Diana Athill
Bookstores are overflowing with memoirs about childhood, adolescence, the romantic misadventures of early adulthood and the trials of parenting. But what does life look like from the tenth decade? Most of us do hope to find out, but are otherwise reluctant to think about it. This memoir is a heartening answer to the questions many are afraid to ask. Athill, a British editor, has led an unconventional life with unexpected results and harbors no expectations of an afterlife, yet the generosity, dignity, frankness and, yes, wisdom she has attained in her 90-some years are qualities everyone can aspire to in their own old age. You won't find the usual "inspirational" self-help nostrums in this slim book, but rather eloquent, honest, long-view ruminations on the meaning of love, sex, work, family and art. Athill doesn't preach; she doesn't have to. Just spending a few hours in her company is endlessly enlightening.
READ SALON'S REVIEW

"Columbine" by Dave Cullen
The 1999 mass murder at Columbine High School in Colorado was an event at once freakish and quintessentially American. It was also a reporter's nightmare, with hundreds of eyewitnesses, conflicting accounts of what happened and why, law enforcement gaffes, groundless rumors and theories propagated by the media and, eventually, the dueling agendas of the survivors. Full disclosure: Dave Cullen did much of his initial reporting on Columbine for Salon, but this book, the definitive account of the shootings, takes the story much, much further. Meticulously reported, "Columbine" assembles all the substantiated facts, then forges them into a propulsive narrative, woven from nine strands corresponding to nine individuals, each of whom had his or her own distinct experience of that terrible day. Then Cullen delves beneath the events themselves (dispelling many myths in the process) to consider the killers' motives, carefully and persuasively arguing for his own conclusions. Thirteen people lost their lives before the two teenage murderers committed suicide, and Cullen's thoughtful account pays them the tribute of the truth.
READ SALON'S INTERVIEW

"The Age of Wonder: How the Romantic Generation Discovered the Beauty and Terror of Science" by Richard Holmes
Holmes is best-known for his entrancing biographies of the Romantic poets. With "The Age of Wonder," he turns his pen to the visionary scientists of his favorite period -- the end of the 18th century and the beginning of the 19th. It's a story of intrepid (not to mention lusty) explorers, tripping chemists and eccentric stargazers, set in a time when the discovery of a new planet (Uranus, by the master astronomer William Herschel and his sister Caroline) filled people with both wonder and dread -- an emotional cocktail otherwise known as the Romantic sublime. For a few decades, poets and scientists felt they were united in a journey that linked empirical discovery with the boundless scope of the imagination. Holmes captures the heady mood of the era, moving sinuously from Tahiti, to the Royal Observatory at Greenwich, to the ballooning exploits of the Montgolfier brothers to the African ordeals of Mungo Park, with cameo appearances by the likes of Coleridge and Byron. Seldom have science and art been so gloriously married.
READ SALON'S REVIEW

"Tall Man: The Death of Doomadgee"

By Chloe Hooper
An utterly riveting combination of true crime, courtroom drama and social exposé, Hooper's exquisitely written book details the 2004 death of an aboriginal man while in the custody of Australian police, and that tragedy's harrowing aftermath. The setting is Palm Island on the Great Barrier Reef, a one-time paradise that for 50 years was Australia's Australia, a "tropical gulag" where uppity Aborigines were sent when they objected to the appalling treatment they received at the hands of the state. With spare, sure strokes, Hooper paints a situation that is anything but clear-cut: The material evidence was damning, but the cop accused was known for his services to the community, and many of the witnesses against him were drunk and susceptible to social pressures. Hooper, a novelist enlisted by the dead man's family and their crusading lawyer, had only the sketchiest knowledge of her nation's treatment of its indigenous people when she began the book; for an American, reading about it is a lot like looking at our own country's troubled racial history through a refracted, yet illuminating lens.

"A New Literary History of America" by Greil Marcus and Werner Sollors, eds.
Granted, this collection of 200 short essays is so wide-ranging (with entries lighting on everything from Mark Twain and Emily Dickinson to the Winchester rifle, Alcoholics Anonymous and "Deep Throat") that it might have been better titled "The New Cultural History of America," but it's so vast, inquisitive and richly surprising than any minor irregularity in labeling must be instantly forgiven. Neither reference nor criticism, neither history nor treatise, this volume is a genre-defying, transcendent fusion of them all, a treasury to keep by your bedside. Read an installment every night and end the year with a much deeper understanding of the exhilarating and heartbreaking nation it chronicles. Inevitable, necessary and profoundly welcome.
READ SALON'S REVIEW

Best Of 2009 Books Our Picks What To Read