Is the public option worth fighting for?

Some liberals are saying no, if they can get a compromise to lower healthcare costs and expand Medicare instead 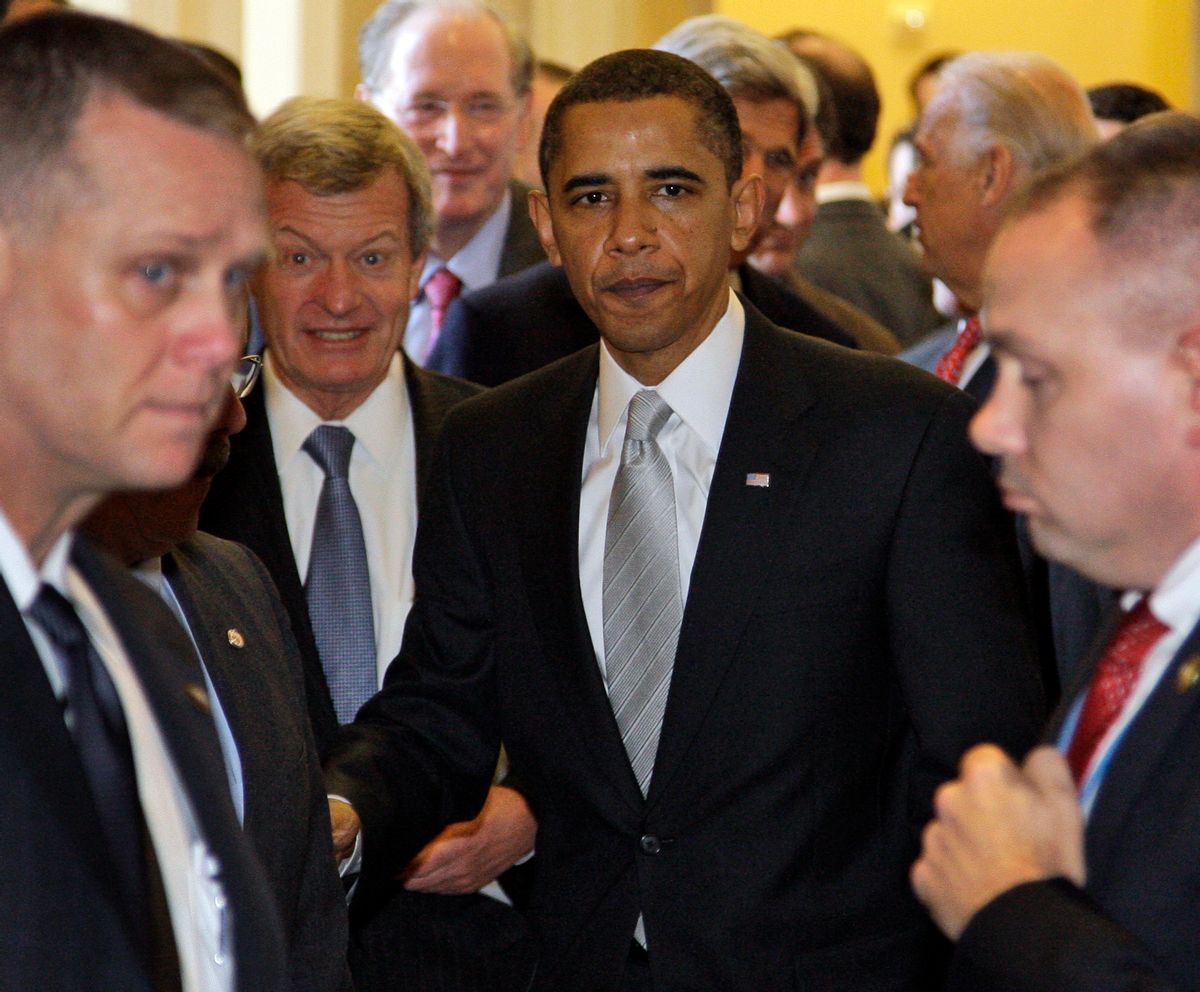 Influential liberals have begun arguing a funny kind of liberal Catch-22: The health insurance "public option" is already so diluted, it's no longer worth fighting for. Got it? Because liberal Dems got played by conservative Dems, they should forfeit the entire game.

Crazy as it sounds, it might also be true.

American Prospect co-editor (and Clinton administration health policy advisor) Paul Starr kicked off this line of reasoning in the New York Times Nov. 28. "Liberals should be prepared to give up what is now a mere symbol for changes in the bill that would deliver affordable insurance more effectively and quickly to the millions of Americans who desperately need it," Starr wrote. Starr's preferred changes included moving up the bill's start date from 2014 to asap -- which is practically and politically smart -- and establishing federal "regulatory authority to prevent insurers from engaging in abusive practices and subverting the new rules" that prevent discrimination based on age and preexisting conditions. Those were great ideas but they should have come along with a public option, not instead of one.

But now that a so-called Gang of 10 -- five liberal Senate Dems, five conservative Senate Dems -- has begun meeting to seek a public option compromise, the argument for substance over (public option) symbol is getting real traction. Two "compromise" proposals have been floated: Letting Americans as young as 55 buy into Medicare, and ditching the public option for a proposal to let individuals use their own money, or federal subsidies, to buy into the federal workers' plans administered by the Office of Personnel Management -- the same plans offered to Congress and the president.

Letting older but still Medicare-ineligible people buy into the popular public plan for seniors seems like a clear win. (Although Democrats seem to know how to snatch defeat from the jaws of victory, so without details, it's hard to say that conclusively..) People aged 54 to 65 are the hardest hit by our current system -- they're most likely to be denied care or dropped by insurance carriers for health troubles, all while also being hit hard by layoffs. Plus, adding a big chunk of "younger" folks to Medicare seems like a way to stabilize Medicare as well as -- assuming the experiment is successful -- gradually make a case for "Medicare for all."

The proposal to let the uninsured buy into the same federal programs that Congress uses has political appeal, but even more implementation problems than lowering the age for (possibly self-funded) Medicare eligibility. The biggest problem is that it leaves the private insurance system basically untouched, unless the OPM began negotiating more fiercely.

At any rate, the power of both proposals is in their implementation, so it's too early to declare either of them good or bad. Oregon Sen. Ron Wyden told Rachel Maddow Monday night that the liberal Senate negotiators' goal is: "We want to be able to give an ultimatum to the insurance industry: You treat the consumer right or they're going to take their business somewhere else." We'll see.

I'm coming to reluctantly accept the conventional political wisdom that a flawed bill is better than no bill for the Democrats and President Obama, mainly because Democrats have shown no talent for making the GOP pay for its obstructionist tactics. Hard-liners like MSNBC's Ed Schultz -- I was on "The Ed Show" today debating this issue -- seem to think liberal Democrats could make political hay out of the GOP's defeating healthcare reform in 2010. But since they've been unable to make such a case in 2009, I'm not sure why it would work next year.

At any rate, here are a few of the more interesting summaries I read today:

From Jonathan Cohn in the New Republic, on what liberals should demand for compromising on the public option.

Ezra Klein on the same question.

Here's Firedoglake Action's Jon Walker on flaws in the plan to open federal workers' coverage to the uninsured.