Get the rings and the bubbly ready, because you're going to officiate the wedding 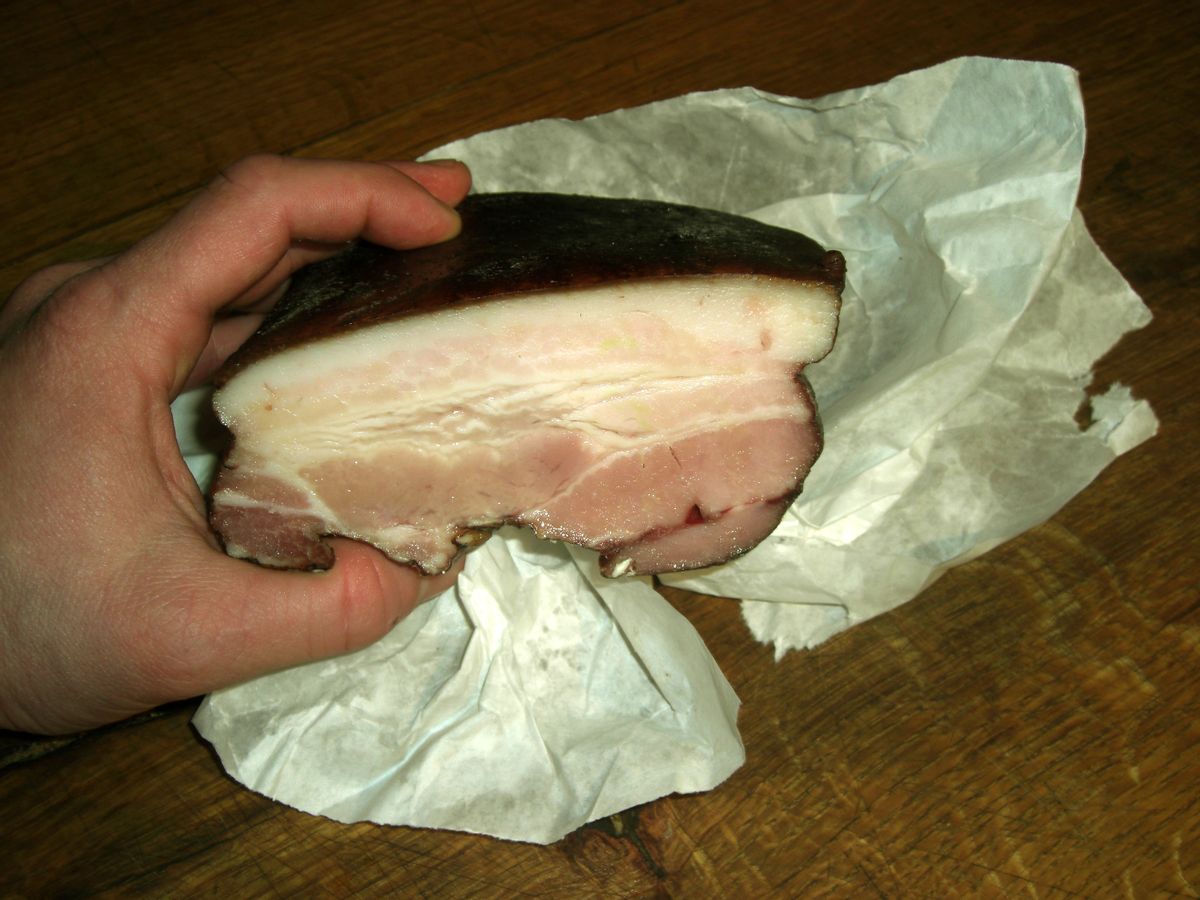 This post, which also appears on his blog, comes to us from our friend Ian Knauer, chef, country boy and former food editor at Gourmet.

My friend Alan Sytsma calls himself an idea guy, which, admittedly, he is. Once, when asked what his first move after winning the lottery might be, he swiftly explained his thoughts for a chinchilla waterfall, over which chinchillas would cascade, like lemmings, from a man-made cliff in a constant and self-recycling stream. I think he even said the chinchillas should be dyed pink. Now that is an idea.

Alan also happens to be a food guy.

Which is how, two years ago, when everyone else was all gaga for pork belly, he decided instead to braise some bacon in home-pressed Knauer farm apple cider and bourbon. That's the kind of idea that really seals the deal, if you want to be an idea guy.

I make Alan's cider-braised bacon all the time. I've told many people about it, too. So here (before others lay any claim), written on the never-changing stone tablets of the Internet, the idea was Alan's. But that doesn't mean you shouldn't try it out for yourself.

First step, find a thick chunk of slab bacon. You'll have to go to a butcher for this. When you do, ask them for the thickest chunk they've got. The amount is up to you. How much bacon do you eat? A lot? Then get a lot. Just make sure it's all in one piece. The fine specimen above is Polish double-smoked bacon and was smoked for 24 hours.

To cook it, place your bacon in an appropriately sized baking dish. Then, pour apple cider and some bourbon over the bacon until it's not quite covered. The proportion is mostly cider and a little bourbon. No need to heat the liquid first and no salt required; bacon is salty. If you want to be fancy, add a bay leaf and some peppercorns. But you don't need to be fancy. It's cider-braised bacon; it's not fancy. Cover the dish with foil and braise it in the oven at 350°F for 4 hours. Don't skimp on the braising time. When it’s done, the bacon will fall apart when you poke it with a fork and feel like a baby’s butt when you poke it with your finger.

After the bacon is braised, uncover the dish and let it cool in the liquid. This is an important step. The meat absorbs a lot of flavor and moisture as it cools. When it's finally room temperature, you can keep it chilled, wrapped in plastic wrap.

The bacon can live in your fridge for a month, but it won't last that long, because it's just about the best thing you've eaten.

When you think you're ready, slice 1/4-inch-thick slices and sear them in a skillet. They brown quickly, due to the sugar in the cider, so pay attention.

Serve the bacon with eggs for breakfast, on the-best-BLT-you've-ever-had-in-your-life for lunch, or as dinner with sauerkraut. And think of this guy, the idea guy, as you enjoy. Here, Alan selects just the right apples for his cider.