I am not a colonial apologist! 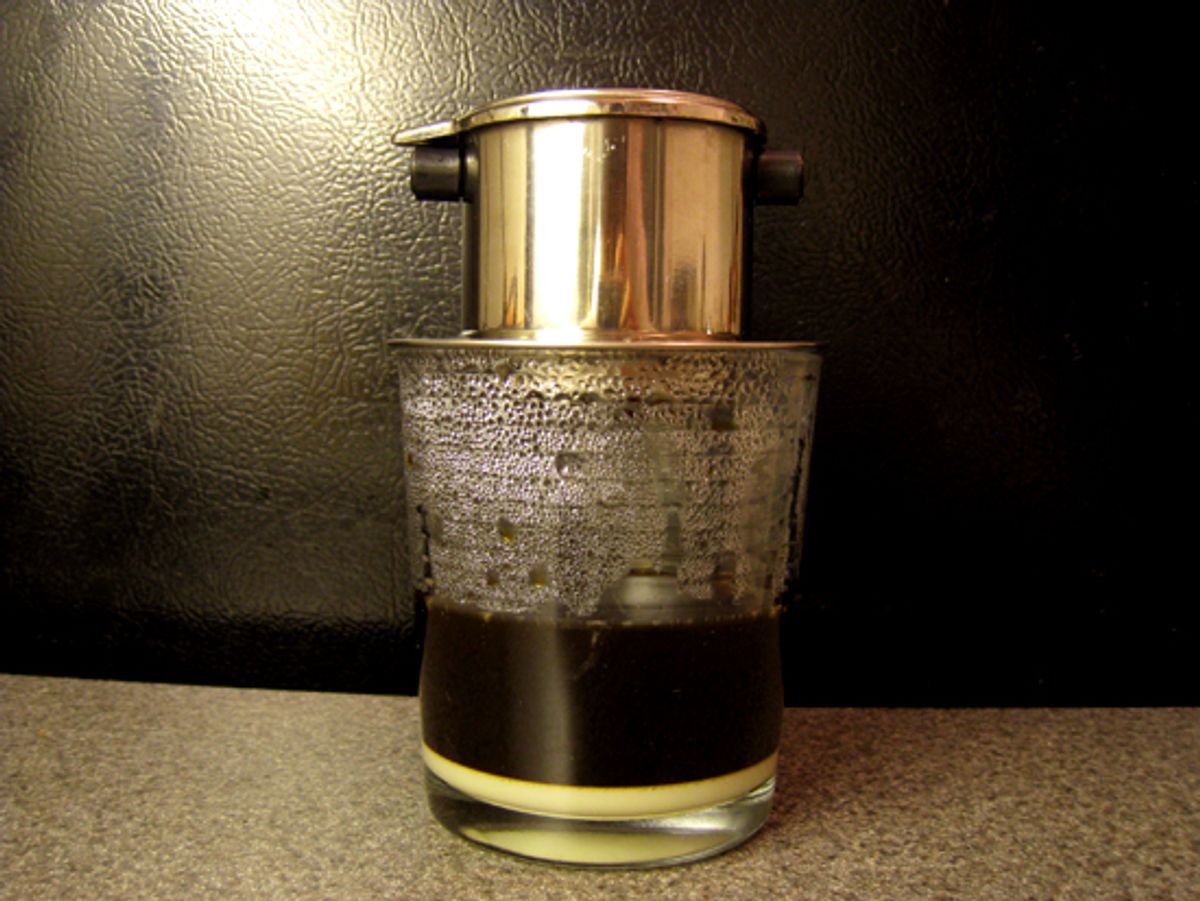 When I said the 20-year-old version of me would slap me for the glib comment I made about French colonialism being responsible for delicious Vietnamese coffee, I meant it. And I'm glad that someone did his work for him.

"How can you compare the indignity and suffering the Vietnamese went through during the French occupation to coffee? How can you say that colonialism is somehow excusable and acceptable to you because we now drink coffee? Can we say that the Spanish conquistador who annihilated the Native American is somehow acceptable because Europeans brought wine to Native Americans?"

My comment about colonialism was a joke, of course, and I apologize to anyone whom I've offended. But in that joke lies something else I hoped to express: that the history of colonialism and occupation is also fundamentally a history of cultural -- and therefore culinary -- exchange.

So my take isn't approving of historic atrocities, but recognizing that these things have happened and trying to understand the ways history and culture represent themselves on the dinner table. When I write, for instance, on immigrant cuisines, I hope to learn and share the ways their new environments have influenced their food and vice versa.

When I called Andrea Nguyen about coffee, we had a long, winding conversation that traveled to banh mi -- phenomenal sandwiches with garlic mayonnaise, pickles and pig parts, but more generally a term for a baguette-like bread -- and pho, the beef noodle soup that is often called the national dish of Vietnam. Both, too, have their origins in the occupation. The French brought bread made of wheat, and the colonialists slaughtered all the cattle for their steaks, leaving the Vietnamese with the bones, the offal, the nasty bits, from which they invented the profoundly deep and aromatic broth for pho (and, allegedly, modeled after the French broth pot au feu, hence the name). Both of these are vitally Vietnamese, culinary icons that are the first two dishes in that cuisine that anyone ever learns about, and points of pride for many Vietnamese.

Andrea said to me, "In the early 20th century, baguettes were called banh mi sai, which means 'Western bread.' But by the '40s, it was just banh mi, dropping the 'sai,' the 'Western.' After a few decades, it became ours." So I guess you could read that dish as being a symbol of oppression, or you could read it as a symbol of empowerment, of the Vietnamese taking what the French brought for themselves, changing it and making it their own.

Granted, such shifts rarely happen in single, clear directions. Andrea talked to me about her mother, who grew up outside Hanoi: "She'd say, 'You know, the French, they looked down on us. They looked down on our food, and I resent that so much.' But she also mastered a lot of French dishes over her lifetime. She told me that to be a good housewife and a cultured woman in Vietnam, you have to know Vietnamese food, Chinese food and French food." So there's a complex cycle of aspiration, acceptance, rejection and co-option going on in that kitchen. "Meanwhile," Andrea says, "my dad is just like, 'I had great Cognac.'" There's a lot of remembering, forgetting and making meaning that happens at the table. And it's all fine, but I think it's important for us to know which of those we're doing.

Still, I do have a problem with looking at food this way, and it does dovetail with Duc's concerns. How soon is too soon? If someone in Iraq were to find a crate of military MREs and, fearing for his life, fashion something delicious of it, I'd think the food writer covering the new culinary achievements of the Iraq war was an asshole. So when is it OK to start thinking about the past as the past?