"The belief that peace is desirable is rarely enough to achieve it," the president says in accepting his award 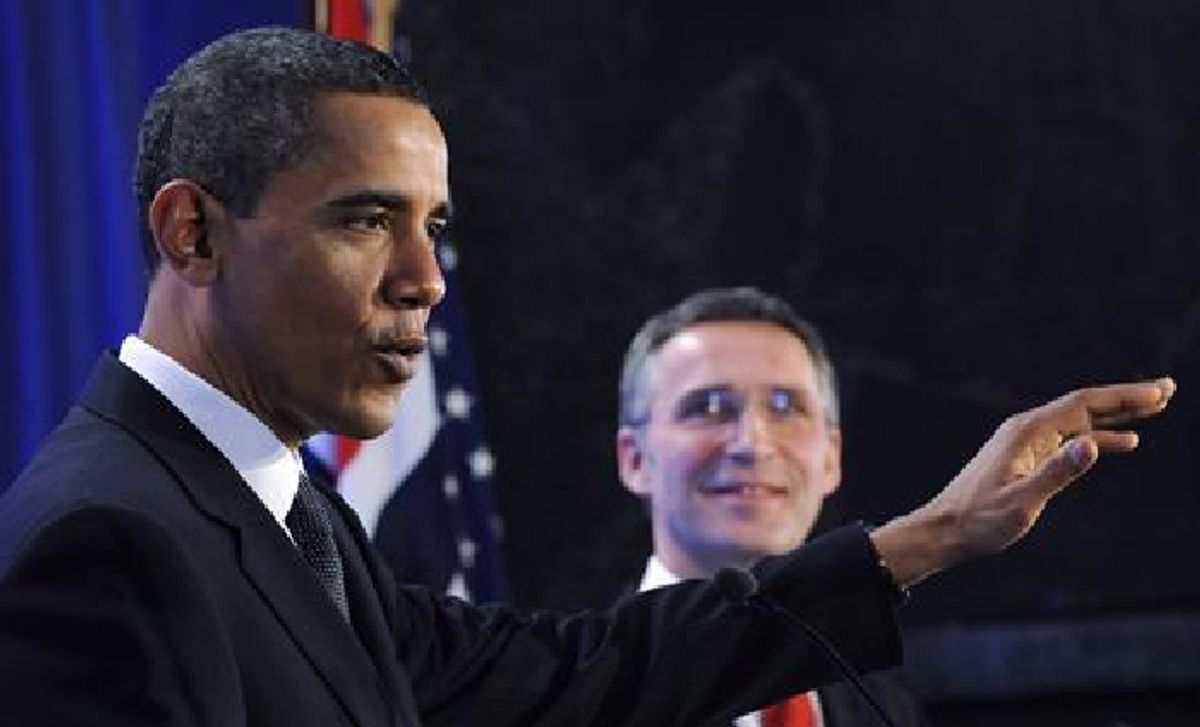 President Obama faced a difficult task as he accepted his Nobel Peace Prize Thursday. He did have to actually accept the award, but at the same time he needed to acknowledge that only a minority of his own people -- about 25 percent, according to one poll -- think he deserves it. Even more important, he had to acknowledge and somehow defend the fact that he's the commander-in-chief of a country currently engaged in two wars, one of which he just decided to escalate.

A lesser speaker, or someone without the quality speechwriting team Obama has assembled, could never have pulled all of this at once. And the president will certainly get criticism from both left and right for having even tried it.

Still, somehow Obama accomplished what he set out to do.

"Compared to some of the giants of history who have received this prize -- Schweitzer and King; Marshall and Mandela -- my accomplishments are slight," Obama said at the beginning of his address.

"And then there are the men and women around the world who have been jailed and beaten in the pursuit of justice; those who toil in humanitarian organizations to relieve suffering; the unrecognized millions whose quiet acts of courage and compassion inspire even the most hardened of cynics. I cannot argue with those who find these men and women -- some known, some obscure to all but those they help -- to be far more deserving of this honor than I." (These quotes are all taken from the address as prepared for delivery.)

From there, Obama went on through just war theory and the development of international organizations like the United Nations after World War II, organizations intended to prevent future wars.

"A decade into a new century, this old architecture is buckling under the weight of new threats. The world may no longer shudder at the prospect of war between two nuclear superpowers, but proliferation may increase the risk of catastrophe. Terrorism has long been a tactic, but modern technology allows a few small men with outsized rage to murder innocents on a horrific scale," Obama said before admitting, "I do not bring with me today a definitive solution to the problems of war."

Obama acknowledged the debt he personally owes to those who espoused theories of non-violence and won their own Nobel Peace Prizes for it: "As someone who stands here as a direct consequence of Dr. King’s life’s work, I am living testimony to the moral force of non-violence. I know there is nothing weak -- nothing passive -- nothing naïve -- in the creed and lives of Gandhi and King."

In a striking juxtaposition, though, Obama moved from praising Gandhi and King to defending the fact that he's currently prosecuting two wars.

"As a head of state sworn to protect and defend my nation, I cannot be guided by their examples alone," Obama said. "I face the world as it is, and cannot stand idle in the face of threats to the American people. For make no mistake: evil does exist in the world. A non-violent movement could not have halted Hitler’s armies. Negotiations cannot convince al Qaeda’s leaders to lay down their arms. To say that force is sometimes necessary is not a call to cynicism -- it is a recognition of history; the imperfections of man and the limits of reason."