"The Lovely Bones": Be very afraid 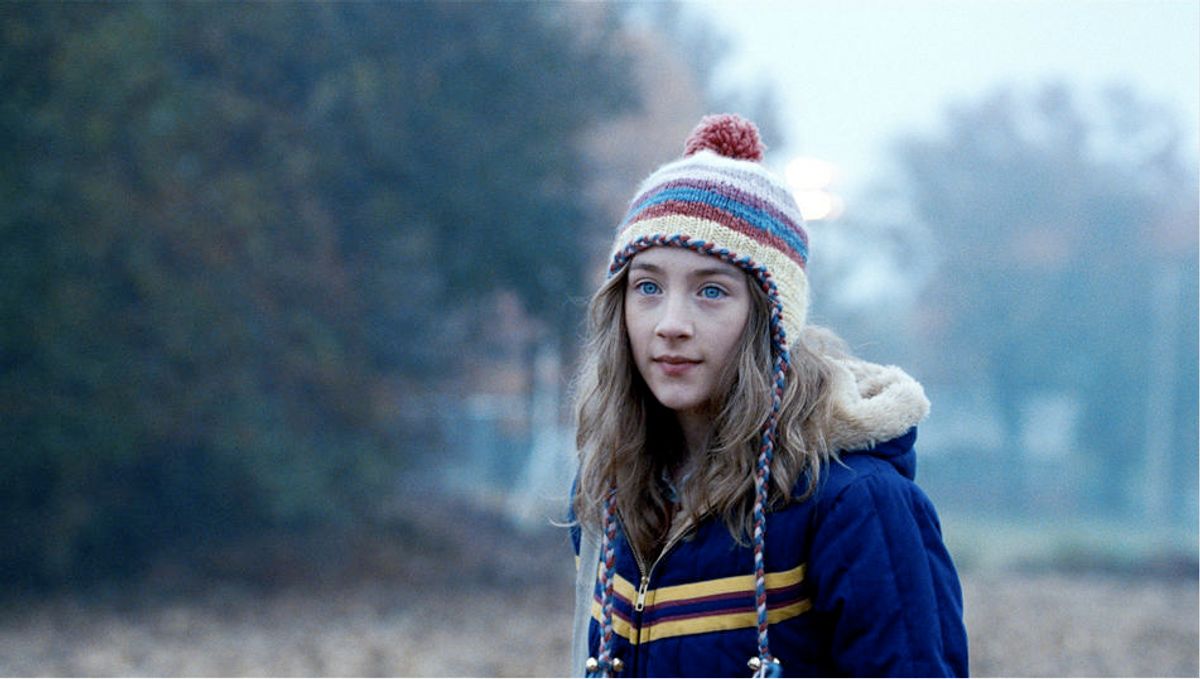 There are all sorts of ways to botch a book-into-film adaptation: A filmmaker can be too cavalier about changing an author's character conception or meaning, or he can be so slavishly respectful of those things that he fails to make a work that resonates cinematically. He can rely too heavily on the use of voice-over; he can miscast one actor, or every actor; he can simply fall down on the job of capturing the lyricism or muscle of a particular writer's prose, as plenty of great directors have done. Adaptation is an art, not a science, and it's a thankless job to boot: Not even the most graceful filmmaker can escape the carping of the "Movies are always inferior to the books they're based on" crowd.

But with his garish, pointless and downright inept rendering of Alice Sebold's 2002 novel, "The Lovely Bones," Peter Jackson has hit a new low in the annals of movie adaptations. Sebold's novel tells, in the first person, the story of a 14-year-old suburban girl named Susie Salmon who, in 1973, is raped and murdered by one of her neighbors. Susie finds herself in a teenage girl's version of heaven -- a heaven filled with the things she loved in life, including dogs and ice-cream shops -- from which she can view the world, specifically her family, as it goes on without her. The story Sebold tells here is less about victimhood than it is about the interior lives of families; she explores not just the ways in which they cope (or fail to cope) with grief, but the weird little mechanisms that make them tick in the first place, the things that only an outsider -- a dead girl, watching from somewhere else -- can see clearly.

"The Lovely Bones" is a fiercely delicate and often funny piece of writing, a work of fantasy with a solid footing in reality, and it wouldn't be an easy book for any filmmaker to adapt. But Jackson (aided and abetted by frequent collaborators Fran Walsh and Philippa Boyens, who co-wrote the screenplay with him) has reinvented Sebold's story in the most facile and heedless way imaginable: He's turned it into a supernatural thriller. Susie is played by Saoirse Ronan, the young actress who gave such a marvelous performance in the 2007 film "Atonement," and it's perfect casting: Ronan, with her translucent skin and unblinking, observant eyes, has the look of a wide-awake but confused angel, a girl trapped between two worlds. But Jackson requires nothing of her beyond that look of alert innocence. Instead of giving her a role, he asks her for little more than a single expression. Susie barely figures into the story here: Jackson plunks her into her heaven -- in the movie's terms, it's more of a pre-heaven holding pen -- and then pops in to visit her occasionally so she can open her eyes wide for the camera. If Jackson is stingy with his lead actress, he's generous with the special effects: Susie's heaven is sometimes a misty, moody-looking Middle-earth-style landscape; at others, it looks like a rejected set from H.R. Pufnstuf, a brightly colored cartoon afterlife in which she's doomed to flounce around in flower-power granny gowns, a fashion hell if ever there was one.

Jackson doesn't seem to realize that you don't need fancy effects to re-create heaven -- that, in fact, it's maybe better to imply heaven than to attempt to show it outright. Jackson is all about showmanship, which is a positive trait in the right context: His Lord of the Rings movies were satisfying and gorgeous entertainments, and taken together the three films constitute an honorable adaptation of the J.R.R. Tolkien source material. Jackson's "King Kong" was less popular with audiences, but I still admired his eagerness to attempt a grand, go-for-broke spectacle.

But Jackson is all wrong for "The Lovely Bones." The picture was originally given to Lynn Ramsay, director of the strange, beautiful, elegiac Scottish picture "Morvern Callar," and it hurts to think about the picture she might have made. Jackson is certainly cunning: Susie's killer, neighborhood loner George Harvey (Stanley Tucci), is a builder of dollhouses, and Jackson uses some clever camera angles to take advantage of these props. At one point Harvey and the detective assigned to the case (Michael Imperioli) play a game of hide-and-seek on opposite sides of one of these diminutive structures, peering furtively at one another through doll-size doorframes and windows, a metaphor, perhaps, for the cop's failure to see the big picture inside the small one.

But it appears that tricks are all Jackson has; any deeper understanding of the material eludes him. In his hands, this isn't a movie about grief or about families, but a haphazard whodunit -- or perhaps more of a "whocares?" considering that here, as in the book, the killer is revealed practically at the beginning. Jackson has a fine cast to work with here: Susie's parents are played by Mark Wahlberg and Rachel Weisz, who are touching even when they're not trying to be. Maybe that's because even though they're certainly old enough to be parents in real life as well as on-screen, they still look young enough to seem invincible. But on the other side of Jackson's lens, their sorrow plays itself out in the most bland and obvious terms. Wahlberg's character, frustrated by the police's inability to come up with a suspect, spends an inordinate amount of time chasing down his own unlikely leads. Meanwhile, there's Stanley Tucci just a few doors down, skulking around in his bad comb-over -- you'd have to be blind to miss the pervert/murderer signals he's sending out with every Actors Studio twitch of his eyelids.

Somewhere in the middle there, Susan Sarandon (as Susie's glam, hard-drinking grandma) shows up with her cleavage, and the mood brightens considerably. But not for long. "The Lovely Bones" is a perfect storm of a movie disaster: You've got good actors fighting a poorly conceived script, under the guidance of a director who can no longer make the distinction between imaginativeness and computer-generated effects. The result is an expensive-looking mess that fails to capture the mood, and the poetry, of its source material. David Byrne once sang, "Heaven is a place where nothing ever happens." There's way too much going on in Peter Jackson's heaven -- and yet it isn't nearly enough.