Berlusconi is a boob

The prime minister sells sex for political gain, but many Italians aren't buying it 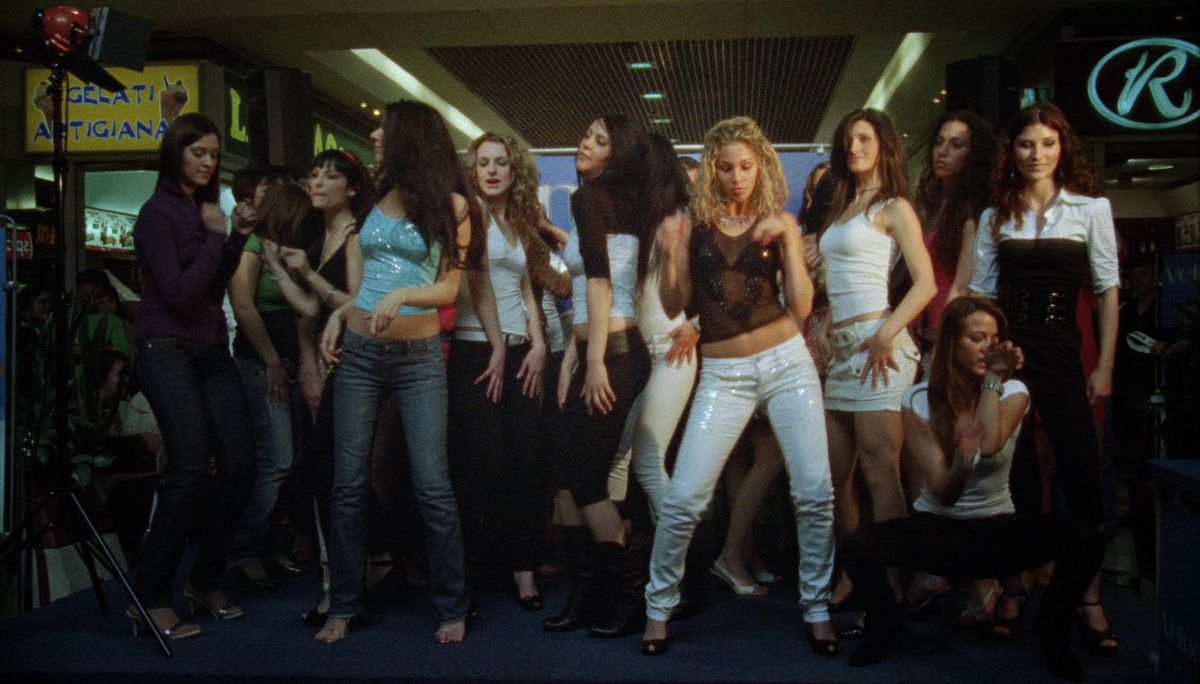 A still from "Videocracy"
--

Sex sells -- and it can also help build political empires. Media magnate and Italian Prime Minister Silvio Berlusconi understands that: His popular television stations showcase a rotating cast of scantily clad beauties, and women are often promoted within his political party based on aesthetic qualifications alone. But while his perviness has helped him become one of the richest and most powerful men in the world, it increasingly seems like it could also cause his unraveling.

To say that Berlusconi has had a bad year would be a monumental understatement. On Sunday, a protester's shockingly brutal attack landed him in the hospital and allegations of his mafia ties have been renewed once again -- but he also has a whopper of a woman problem. He's had not one but two sex scandals: This spring, his wife publicly announced she was leaving him following rumors about his romance with an 18-year-old girl, and an Italian businessman recently alleged that he supplied the prime minister with 30 aspiring starlets -- including one prostitute -- for personal entertainment at his various vacation homes.

Then, Berlusconi dug his hole even deeper by telling Rosy Bindi, vice president of the Chamber of Deputies and one of Italy's most powerful female politicians, on state TV that she was "always more beautiful than intelligent" -- a comment many interpreted to mean that she was especially unintelligent. Her retort, "I'm not one of the women at your disposal," galvanized some 100,000 women to send in photos and notes of protest to a liberal newspaper, many of which declared, "Mr. Premier, I'm not at your disposal."

A new documentary, "Videocracy," also takes a critical look at Berlusconi's "skin is in" approach. In the film, "crowds of eager parents and grandparents egg on skittish young women" auditioning for the coveted role as a "velina," one of the many pieces of eye candy featured on Italian news programs and game shows, the Associated Press reports. (Think Barker's Beauties or "Deal or No Deal" models.) In the (NSFW) trailer for the documentary, a bevy of girls wiggle their hips and flip their hair in the desperate mating dance of 20-somethings everywhere. On a similar tack, the popular video "Il Corpo delle Donne," which translates as "The Body of Women," compiles some of the most shameless moments of T'n'A from Berlusconi's stations and state television. The most egregious example: A woman is shown suspended from the ceiling in skimpy underwear next to a literal piece of meat clad in a matching pair of panties; it's awfully reminiscent of that infamous meat-grinder Hustler cover. Worse than anything shown in either video, though, is the fact that a recent poll of young girls in Milan found that most want to grow up to be a velina.

Of course they do. In Berlusconi's world, there is no dividing line between politics and entertainment; instead, he's created a politi-tainment conglomerate of sorts. His minister for (of all things) equal opportunity is a perfect example of this: She started as a showgirl on state TV; that alone is her qualification for the job. Formidable female politicians like Rosy Bindi are derided as ugly old crows for forgoing the cleavage and collagen look of veline, while inexperienced Berlusconi appointees are giddily celebrated for being fuckable. There are many factors at play here (like a deeply entrenched patriarchal culture) but it would be hard to overstate Berlusconi's particular influence on the current sexual culture; the guy holds sway over an estimated 90 percent of Italian media.

The recent outcry shows there is hope yet for those little girls, though. More and more Italians are looking beyond the nearly naked women Berlusconi has surrounded himself with to discover that it's the emperor who has no clothes.