10. No, you don't have to pick just one: Both Gosselins belong on the therapist's couch 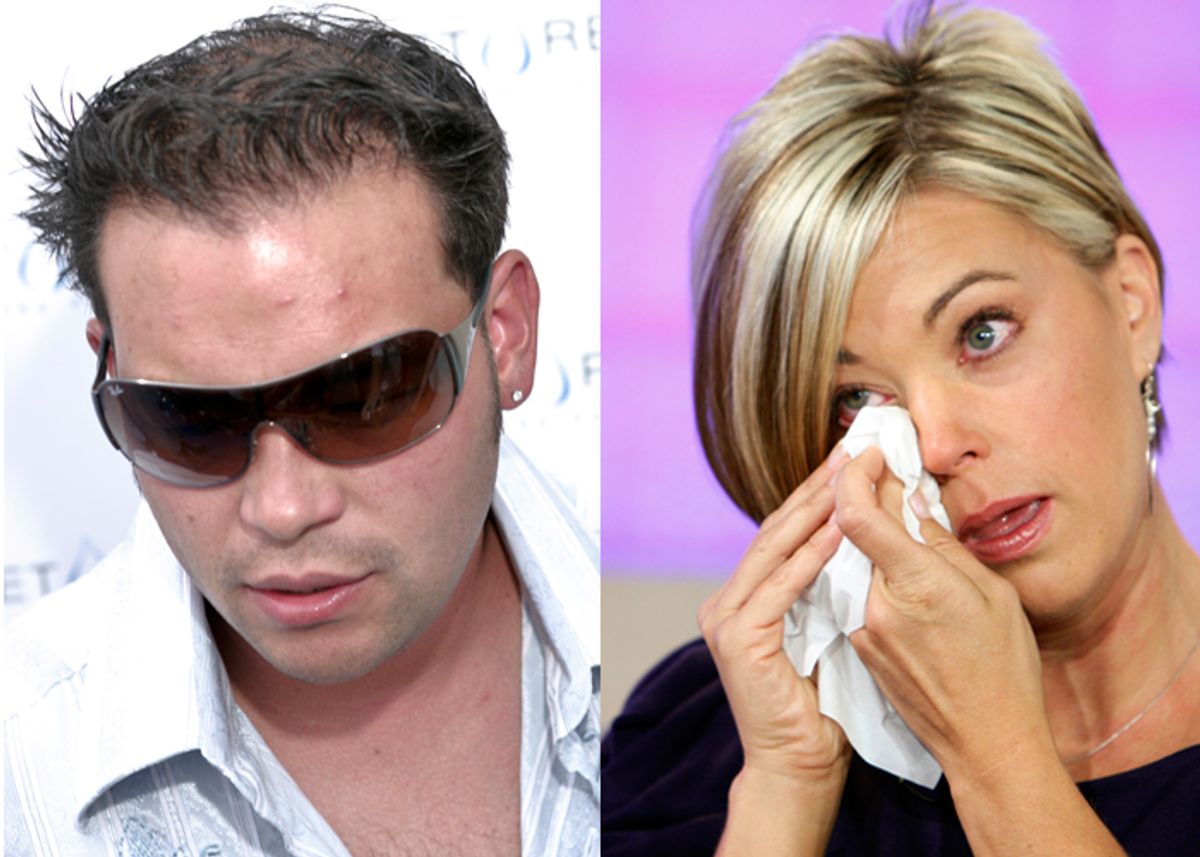 In the age of the uncelebrity, Jon and Kate Gosselin were born to trot their vapid mediocrity out to the media slaughterhouse. In fact, their invented importance, born implausibly from TLC's sextuplet reality show "Jon and Kate Plus 8," could serve as a blueprint for the strategic branding of other average, talentless nobodies, so many of whom, from Balloon Boy's parents to the White House party-crashing Salahis, seem to be aching for a little notoriety despite its obvious costs.

Who knew that two perpetually frazzled but otherwise flatly uninteresting parents could transform into figures of international intrigue overnight? All it took was keeping the cameras on long enough to dissolve their marriage and confuse their children about the difference between parents and production assistants. Like magic, a nation filled with aging parents and grandparents on the constant prowl for small children and puppies to ogle (and failing marriages to deconstruct) went from transfixed to disgusted faster than you can say "product placement opportunity."

Once fame-seeking-whore missiles, corporate and freelance alike, started zooming toward the couple and their spawn, that's when the real fun began: Jon got an earring, flirted with young singles in bars, and jetted to the south of France with Kate's plastic surgeon's young daughter. Kate drank water as her children looked on thirstily before an "Early Show" appearance. Kate's brother and sister-in-law disapproved of the whole mess quite vociferously, explaining for the cameras that it was all for the cameras.

After you send in the clowns, though, the clowns send in the lawsuits: TLC prepared to sally forth with "Kate Plus 8" but Jon said he'd sue if they kept filming, so TLC sued him and he countersued. Meanwhile Kate sued Jon for divorce and Jon's ex-lover sued him for breach of cocktail napkin contract. Somehow, somewhere, Michael Lohan got involved. (They say that every time you hear a cellphone playing Bobby Brown's "My Prerogative," Michael Lohan survives another day without getting a real job.)

So who's crazier, Jon or Kate? Early fans of the show agreed that controlling Kate was the crazy one, but since then, Jon has given her a real run for her money, proving once again that behind every nitpicky, nagging wife is a passive-aggressive skeeze with a taste for cooing, fame-hungry sea donkeys.

But, then, this couple was star-crossed from the start, bound to be tied together forever in our minds (if not in real life) as a two-headed hydra of unethical parenting, moral slippage and the ways that national television appearances, corporate sponsorships and promotional book tours tend to compromise your underlying humanity.

Not that we have real proof that Jon and Kate are actually human. More likely, these two are part of a secret alien mission to undermine and humiliate earthlings by rubbing our noses in our own pop cultural excrement. Mission accomplished!