7. Hip-hop's eccentric threw one too many tantrums -- and turned Taylor Swift into a household name 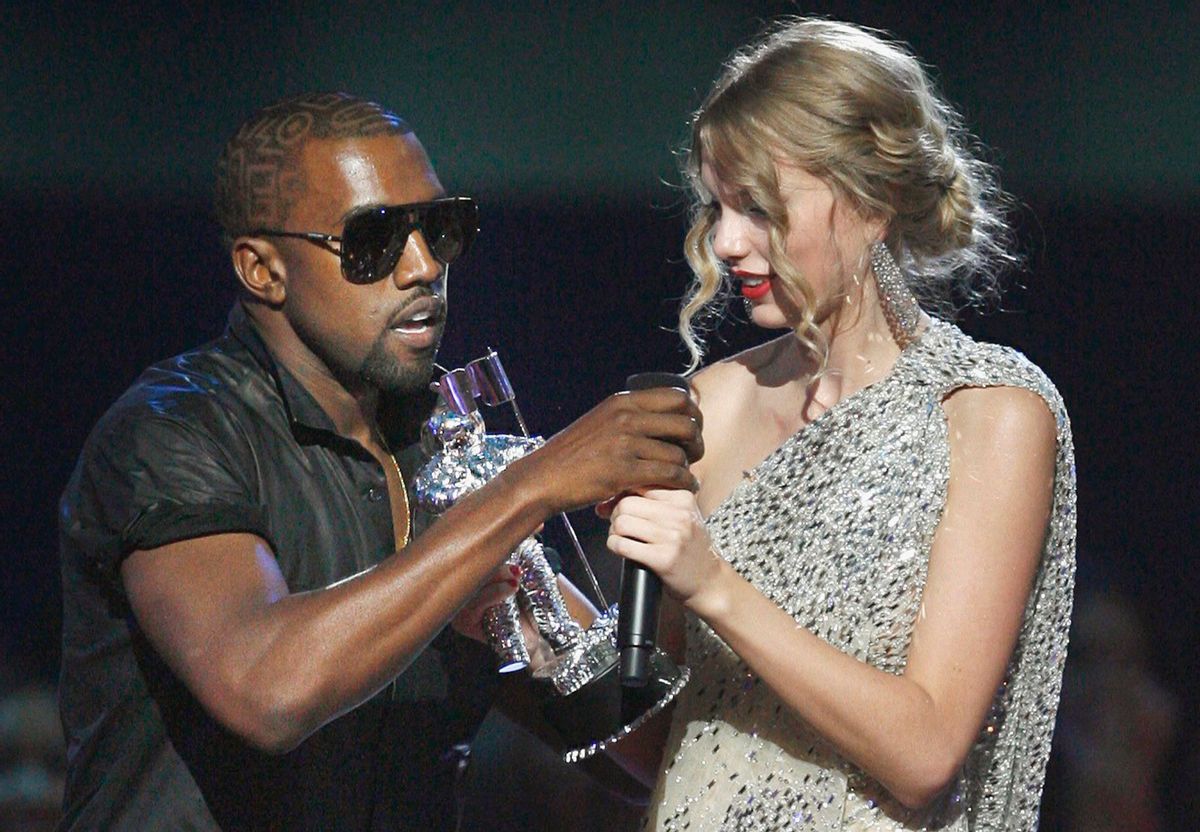 Kanye West has always marched to the beat of his own Auto-Tune. The hip-hop artist is the closest thing this decade has to a true rock star, fabled for temper tantrums, genre busting and fearlessly speaking truth to power -- whether that be rap's homophobia or George Bush's appalling absence during Katrina. But in 2009, West was drinking his own Kool-Aid, and that Kool-Aid was apparently made of straight Courvoisier.

It's one thing to pitch a fit about losing a music award to another artist -- which West has done, many times -- but it's another thing entirely to protest someone else's award loss, stealing the spotlight from a perfectly adorable 19-year-old singer-songwriter in what was -- for, oh, about 15 seconds -- the greatest moment of her life. West's leap of shame at the 2009 MTV VMAs was arrogant, tone-deaf and, ultimately, a sign that the one-time hero had cracked. Even the president of the United States knew this guy was a jackass.

If West had suffered a minor meltdown, it was hard to blame him: He lost his mother and mentor, Donda West, to tragic (and needless) plastic surgery complications in 2007. Though West later told Jay Leno he never properly mourned his mother's death, throwing himself into his work, the cracks had started showing -- in 2008, he was arrested following an altercation with paparazzi. Then he released the synth-pop/R&B hybrid "808s & Heartbreak," a musical experiment that could perhaps be best described as part genius, part folly, part WTF.

But we never saw the extent of the damage done to West's soul until that fateful moment at the MTV VMAs when he so foolishly bum-rushed the stage to defend Beyoncé's (admittedly brilliant) "Single Ladies" video. The gaffe had its upside: It's the best awards show moment since Bono dropped the f-bomb back at the 2003 Golden Globes, Taylor Swift saw her already robust profile skyrocket, and Twitter wordsmiths had a fun new line to pun around with. (After Barack Obama won the Nobel Peace Prize, one typical crack was: "Barack, I'm really happy for you, and I'ma let you finish, but Morgan Tsvangirai is one of the best opposition leaders of ALL TIME!")

Kanye West's greatest songs have often been about a man caught on the wrong side of redemption. Much of his career has been about fighting the forces inside him, struggling back from beyond. In 2010, he's got his work cut out for him.