9. He rewrote Darwin and told us "hell's best secret," too! 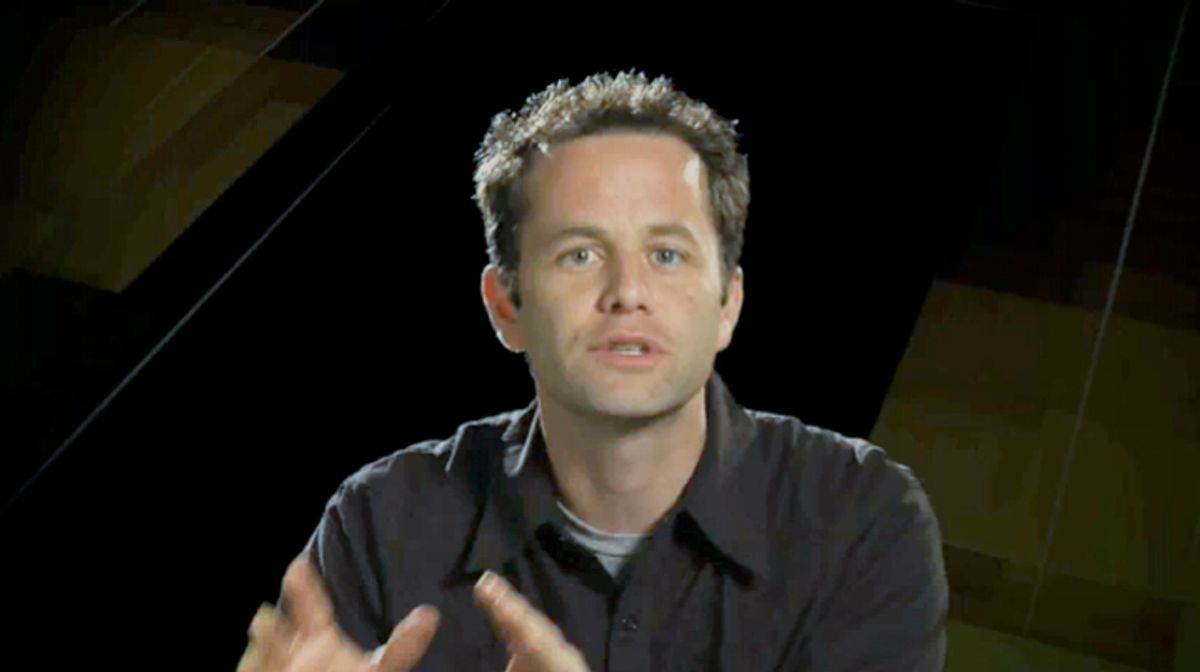 A still from Kirk Cameron's promotional video for "Origin Into Schools."
--

In a world gone mad for secular pursuits like divorce and evolution, there's only one man bold -- and crazy -- enough to save us all from eternal damnation. That man is Kirk Cameron.

The former child star of "Growing Pains" and hero of the hit rapture-panic franchise "Left Behind" has been an evangelical superstar for years now. But in 2009, he distinguished himself by seizing on the anniversary of "The Origin of Species" to take on Charles Darwin himself. In November, he and his ministry went to college campuses and handed out free copies of the seminal work -- with a meandering foreword debunking the whole thing.

The world is full of kooky religious extremists. Cameron gets plenty of street cred there for his Living Waters ministry Web site, where he and fellow science revisionist Ray Comfort test whether you are "good enough to go to heaven" (Hint: Don't bet on it) and let "hell's best secret" out of the bag.

But it takes a very special kind of kooky religious extremist to mess with one of the most influential works ever written. Who but the former Mike Seaver would use "common sense" to explain why evolution is just so much random crap? Fossil evidence be damned -- literally! Not since the Vatican got uppity about Galileo has the world seen such umbrage over scientific thought.

The sincerity of Cameron's mission is clear in the enthusiasm he brings to his ministry. And his ardent concern about evolution -- a subject God himself has never issued a statement on -- is genuine. The guy is really, really concerned that we are in the throes of a holocaust of souls here, bless his heart. And anybody who can show up at a college campus and tell students "Darwinism is atheism masquerading as science" may not be super high up on the intellectual food chain, but he's got crazy to spare.