2. The only thing crazier than this dentist-lawyer is the prevalence of Birthermania in the GOP 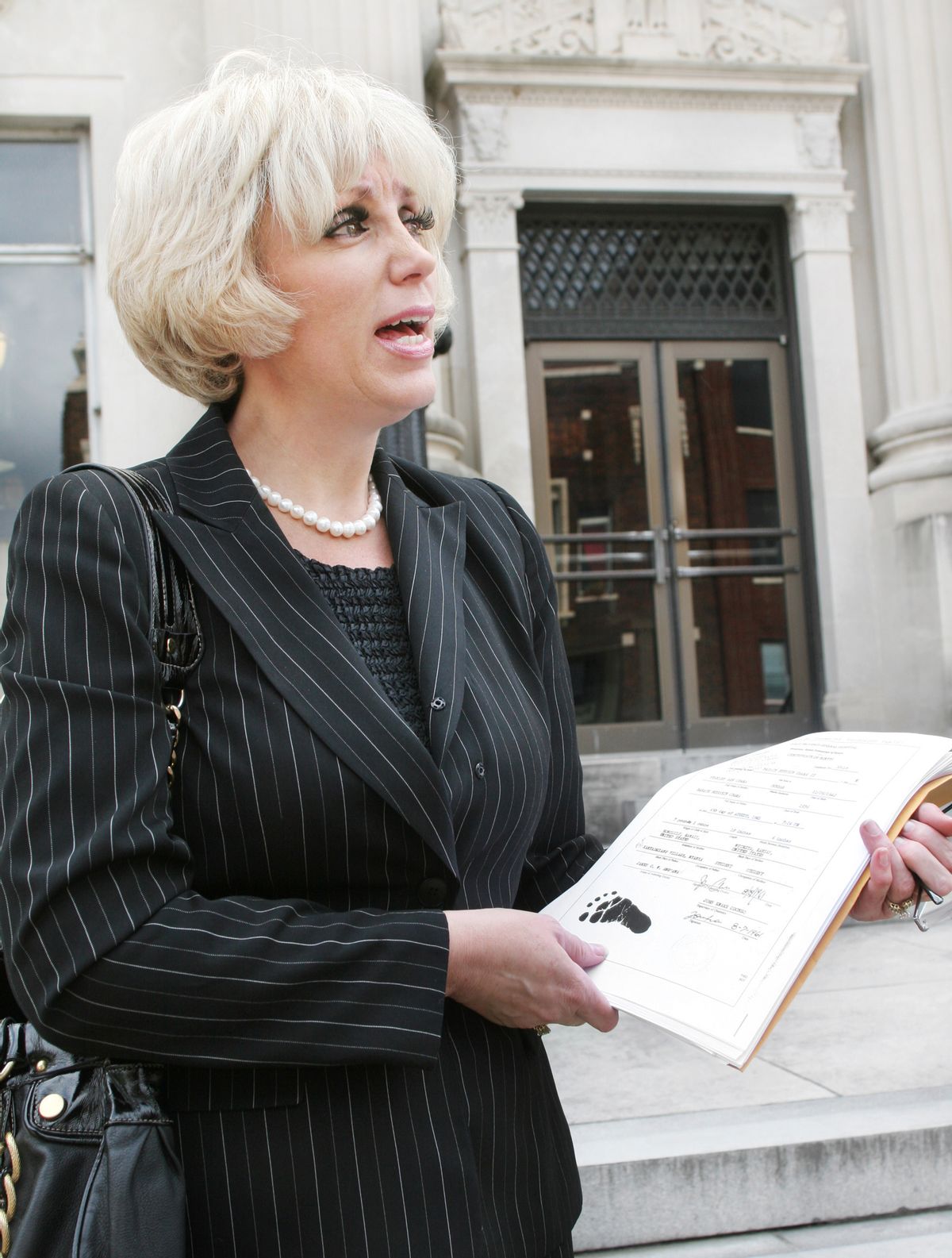 California attorney Orly Taitz, the president of the Defend Our Freedoms Foundation, stands on the steps of the Federal Courthouse in Columbus, Ga., Friday, Sept. 11, 2009, with what she claims is a copy of a birth certificate for President Barak Obama from Mombass, British Protectorate of Kenya. Taitz represents U.S. Army Capt. Connie Rhodes in a civil complaint filed Friday questioning the country of Obama's birth and his eligibility to be president. PHOTO BY: Robin Trimarchi/Columbus (Ga) Ledger-Enquirer (Robin Trimarchi)
--

There's no way to talk about all the crazy that was 2009 without talking about Orly Taitz. The sad part is, by the end of the year, her Birther movement (the hodgepodge of crazy glued to the idea that somehow Barack Obama isn't eligible to be president) wasn't even all that far out on the fringe.

A majority of Republicans now think in some way like Taitz, saying either that they're sure that President Obama isn't a citizen, or that they have doubts about his citizenship. (Twenty-eight percent say Obama's not a citizen, 30 percent aren't sure.) By December, even former Alaska Gov. Sarah Palin was saying that she thinks the Birthers have a "fair question" about Obama and his birth certificate. (Although Palin later walked her assertion back on her Facebook page, the maintenance of which seems to be her new full-time job.)

It's sad that so many people have come to believe this because, of course, the evidence is indisputable: Obama was born in Hawaii. And no matter how hard the Birthers might try, no matter how many lawsuits Taitz and others bring, the courts are going to leave the man in his rightful place as president.

But Taitz doesn't just believe Obama is ineligible to serve as president, no: She also believes that he's hired goons to try to kill her, that he has killed others, that he's gotten Google in on his plot against her, that he's overseeing a plan to put untold numbers into camps run by FEMA, that he and others have conspired to use the swine flu vaccine for god knows what sorts of malicious mischief. In August, Taitz claimed she'd found Obama's "real" Kenyan birth certificate, which was easily proved to be fake. Next, the guy she claimed found it for her charged that Taitz had put him up to the forgery, and the ensuing tangle of lurid charges and countercharges is even too crazy for this post.

Taitz is indefatigable. No matter how many losses she suffers (and she's racked up more than her share), she presses on. Maybe it has to do with growing up behind the Iron Curtain; she came to the U.S. by way of Israel, but is originally from Moldavia. Or maybe it's the same sort of spirit that has propelled her to a unique but impressive array of professional titles: lawyer, dentist and real estate agent.

Come 2010, though, Taitz is likely to be a leader without any followers. Other Birthers have been slowly but steadily abandoning her, some for personal reasons, some because they've realized just how little knowledge of law and legal procedure is at Taitz's command. By the end of one case, which also saw the Birther attorney slapped with a $20,000 sanction, Taitz's own client had abandoned her.

None of that matters to Taitz. The judge is just acting under orders from the Department of Justice, the letter in which her former client disavows her could be a forgery, the Birthers with whom she's feuding are all just Obama plants who've been working to destroy the movement from the inside. In Taitz's world, the setbacks simply prove the global conspiracy behind Obama.