Queen Victoria to literature: Where is the love? 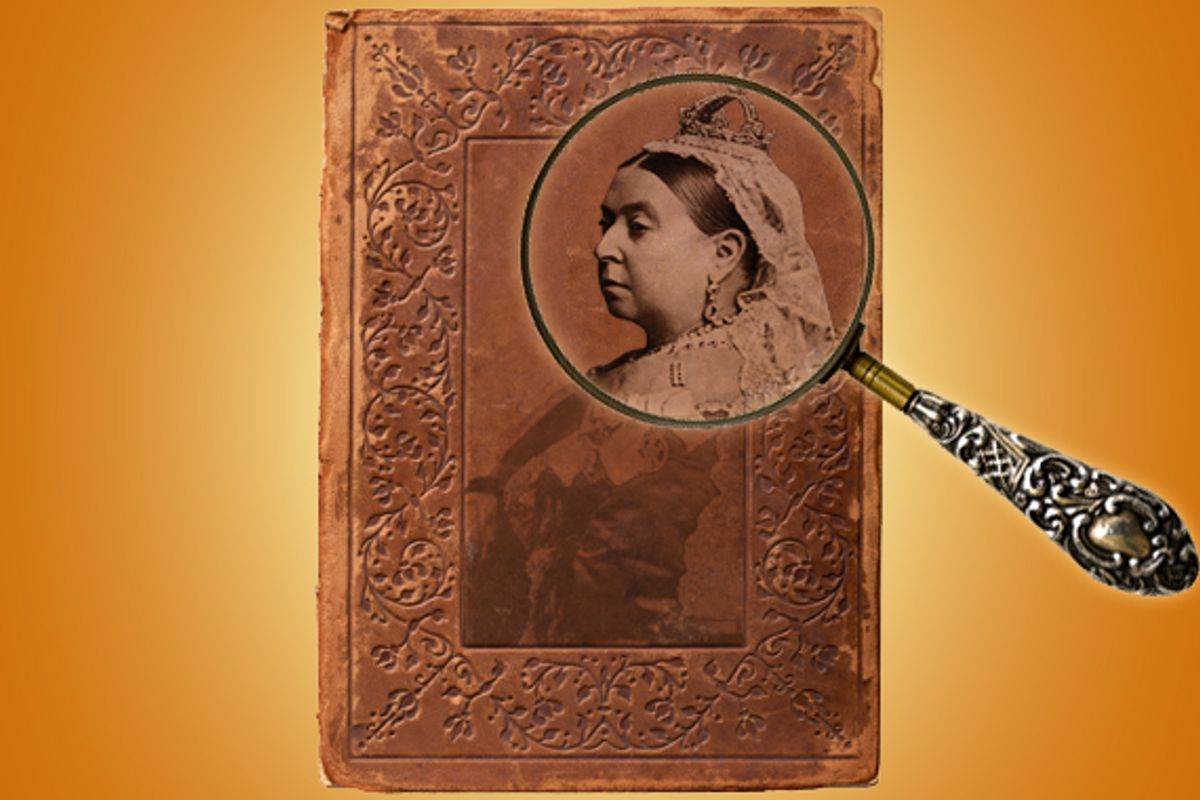 She was the longest-reigning monarch in British history, presiding over not only the establishment of an empire but also the greatest flowering of the English-language novel. Yet when it comes to literature, Queen Victoria might well ask, where is the love? The opening of the film "The Young Victoria" this week comes as a reminder that books in which the queen plays a leading role are few and far between.

This is all the more surprising when you consider that virtually every other British queen or princess has been celebrated in multiple historical novels and narrative histories. My neighborhood Barnes & Noble has an entire display table permanently devoted to such titles. The Tudors are, hands down, the great favorites of the genre; Phillipa Gregory has produced a string of bestselling novels about the wives, daughters and other assorted noblewomen surrounding Henry VIII, most notably the twice-filmed "The Other Boleyn Girl." Historians like Alison Weir have moved successfully between fiction and nonfiction in writing about female royals ranging from the ever-popular Ann Boleyn to the relatively obscure Isabella of France, who was married to the 13th-century King Edward II. And let's not even get started on Princess Di.

But Victoria? She can't get arrested in this section of the bookstore. Lady Jane Grey -- who wore the English crown for a mere nine days before her enemies ordered the head underneath it chopped off -- has had more novels based on her life than the woman who gave the Victorian era its name. The cinema has been only a tad more attentive: In addition to the new Emily Blunt vehicle, Victoria featured in the 1997 film "Mrs. Brown," about the queen's late-in-life romantic friendship with a manservant.

The most exhaustive fictional representation of the queen's life is a fairly obscure series of novels by Jean Plaidy, who seems to have resorted to the subject after running through just about every other noblewoman on offer. Stephanie Barron, who specializes in mystery novels in which Jane Austen plays the detective, did write a thriller, "A Flaw in the Blood," set in Victoria's court; it centered on an unfortunately and now not-so-secret aspect of the queen's Hanoverian legacy.

Biographies (such as the newly released "We Two: Victoria and Albert: Rulers, Partners, Rivals") are somewhat more plentiful, which isn't surprising given Victoria's historical significance. Still, she's never been a go-to subject for popular histories like that other British queen, Elizabeth I. Why this should be so isn't entirely clear. Like Elizabeth, Victoria struggled to transcend a difficult and intrigue-plagued youth. She was raised under the absolute control of her mother and her mother's reputed lover, Sir John Conroy -- both of whom hoped to render her weak and dependent. They failed. Victoria found true love (an essential element to the romance-novelish plots of much bestselling historical fiction) in her happy marriage to Prince Albert, but lost it again with his tragic death at age 42.

True, Victoria suffers from an uninspiring reputation for stuffy propriety and prudishness, but she did have her passions (she bore Albert nine children), and the Victorian era remains one of historical fiction's best-loved periods. Perhaps the most likely source of the widespread literary indifference to the queen lies in the simple fact that photography was invented during her reign. Flattering court portrait painters could no longer soft-peddle the fact that most European royalty was descended from a few Germanic families inclined to be, like Victoria, rather dumpy and plain -- hardly the stuff of romantic dreams.

Victoria does make cameo appearances in many books and films, where she is usually played for camp or laughs. Increasingly, she's evil. She's the sinister puppetmaster in Alan Moore and Eddie Campbell's graphic novel, "From Hell," callously institutionalizing a young girl to cover up a family scandal, and in two historical fantasies by Jonathan Barnes ("The Somnambulist" and "Domino Men") she has literally sold the souls of the entire population of London to an evil entity called the Leviathan.

Most often, though, Victoria is portrayed briefly, entrusting some intrepid 19th-century gentleman with a sacred charge or rewarding him for his service to the realm, as she does in Caleb Carr's "The Italian Secretary." Sherlock Holmes, the borrowed hero of the Carr novel, famously used a pistol to shoot the initials "VR" (for "Victoria Regina" -- "Victoria the Queen") into the wall of his Baker Street flat, but she is otherwise unmentioned in Conan Doyle's Holmes stories. (Got some more examples, Salon readers? Post them in the comments thread.)

Well, Victoria finally gets her chance to shine this January, thanks to the current trend of literary mashups like "Pride and Prejudice and Zombies." A new novel, "Queen Victoria: Demon Hunter," depicts the monarch learning, on the very evening she inherits the throne, that she has become the target of and chief defender against an infernal conspiracy. It's her Buffy Summers moment, handled by the 18-year-old queen with admirable aplomb. (Admittedly, the mashup fad is getting a bit tired, but it's still fun to read dialogue like, "Your Majesty, the creature you met last night, was -- 'A demon, Prime Minister, yes, we were introduced.'") What follows delivers on the flap copy's promise of an "ass-kicking Victoria and cohorts" who are "are locked, loaded, and ready to crack some evil minion heads." Only in a fantasy world, it seems, can the grand dame get a little credit.