Crazy of the Year! 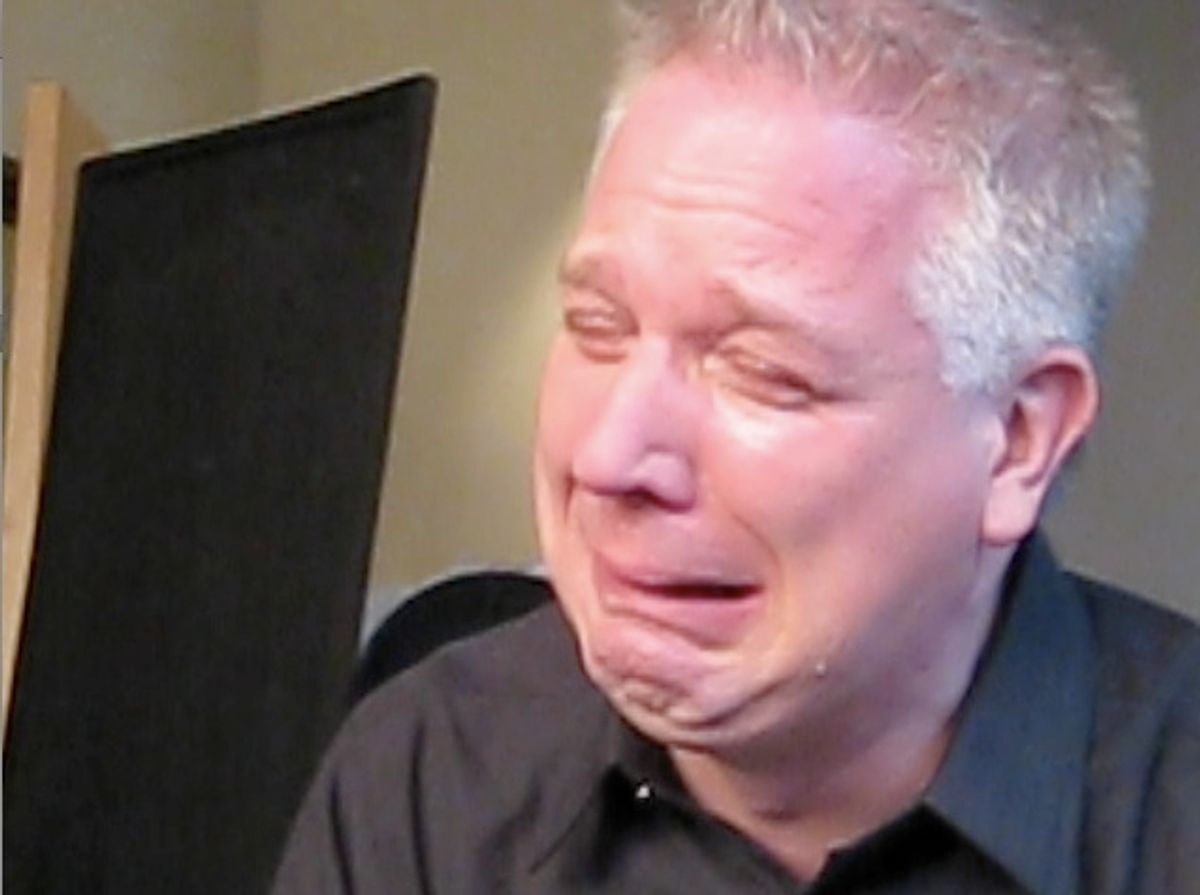 The staff and readers of Salon had a big debate over choosing Glenn Beck our "Crazy Person of the Year." As we stated in the introduction to "The Year in Crazy," we disqualified certain media stars -- Rush Limbaugh, Bill O'Reilly -- and some GOP leaders -- Sarah Palin and Liz Cheney -- whose crazy behavior was purely opportunistic. We rejected prominent people who had a crazy belief or two -- Whoopi Goldberg casting doubt on the moon landing -- but didn't seem driven by crazy.

Only one man was crazy enough to possibly trick us. Only one man stood on a media platform comparable to O'Reilly's and Limbaugh's, and delivered a crazy shtick that was so over the top that sometimes you'd say: He doesn't believe any of this, right? The tears, the shaking, the hysteria -- it's all an act, right? And sometimes you'd say, "Get the nets, Fox News!"

Yes, that man is Glenn Beck, and we come down on the side of "Get the nets!" An overview of Beck's career shows that his success is equal parts talent, timing, cruelty and crazy.

The man who would be King of the Crazies emerged when nut-job America really needed a leader. Since he started his career as a prank-and-smear shock jock with a bad perm, one who once called a rival DJ's wife on the air live to ask her about her miscarriage, it's clear Beck will do anything for attention. But, somehow, the anything always involves a big helping of crazy.

The kinds of statements and behaviors that got folks on our crazy list -- they're Beck's daily bread. On one recent Monday alone (thanks, Media Matters!) he claimed that on climate change, "America is now an Axis country ... on the wrong side of history" (for the young folks: Nazi Germany was an Axis power); that Democrats will "retain power ... in a way that Americans" won't "recognize" after their policies fail; that he was readying a healthcare exposé for his Monday Fox News show that would be a Van Jones-size coup. (It turned out to be that the husband of a congresswoman who supports healthcare reform went to jail for fraud -- and Beck claims he wrote the Democrats' healthcare reform from jail.) Of course, the Democrats actually don't have a healthcare reform bill (and they should probably collectively go to jail for their failure to produce one by now).

Of course, the mention of Van Jones, the White House green jobs czar toppled by Beck's combination of sensationalistic reporting and bullying (Jones signed a 9/11 Truth petition and flirted with extreme leftism in his youth), is a reminder that crazy has consequences. Beck's crazy has intersected with a broader social paranoia on the right, and it's clearly something to worry about, not merely mock. We also don't want to make light of mental illness, and given Beck's own confessions about his drug addictions and his mother's suicide, it's clear he deserves some sympathy.

But not much. There are great therapists, therapies and even some legal drugs out there that could help Beck, but instead he's chosen to funnel his crazy into stirring dangerous hatreds. Glenn, if you decide you need psychological help, we'll help you get it, but until then all we have for you is this ignoble award, the craziest person in this crazy year of 2009. Congratulations!