Weathering the storm of stupidity 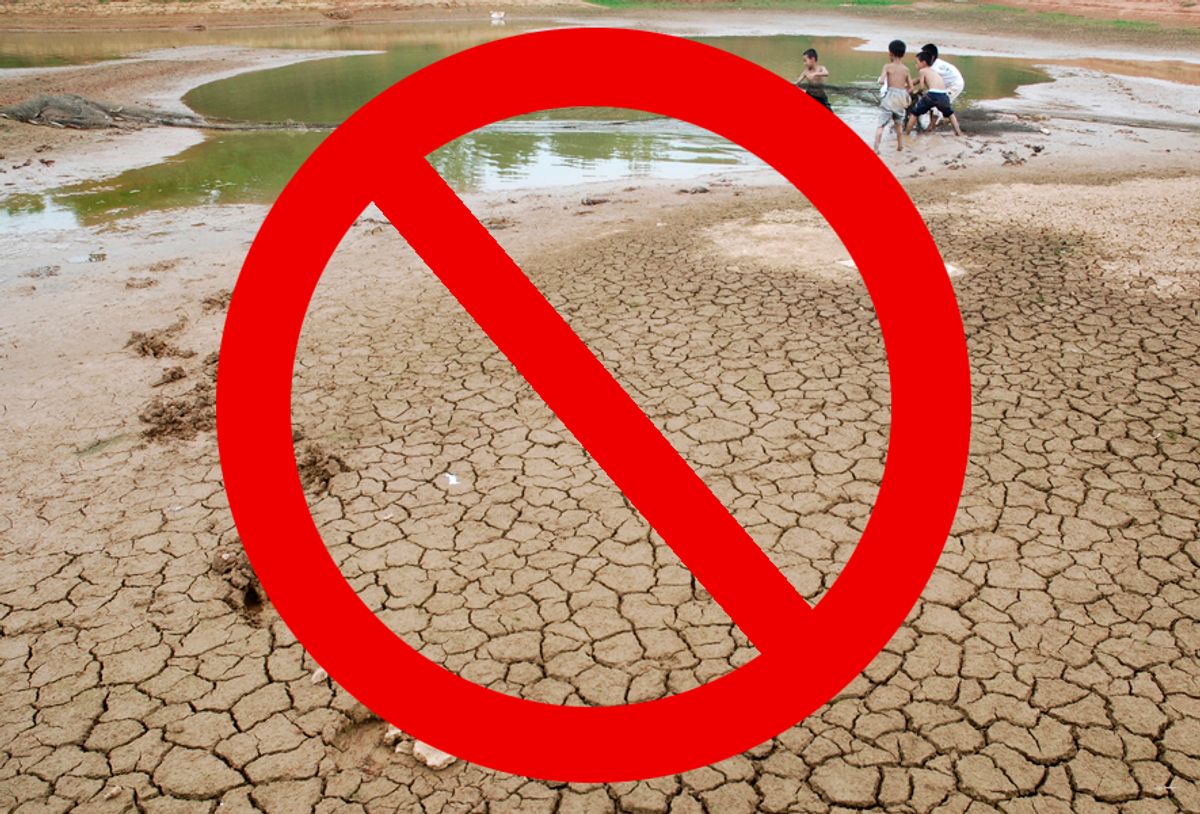 The spread of secondary and latterly tertiary education has created a large population of people, often with well-developed literary and scholarly tastes, who have been educated far beyond their capacity to undertake analytical thought. --P.B. Medawar

So what's next? A series of essays by Sarah Palin about the Large Hadron Collider and the mysteries of dark matter? An MIT lecture series by Rush Limbaugh regarding the thermodynamics of black holes? A Festschrift of Sean Hannity's scholarly articles on plate tectonics and volcano formation? Glenn Beck performing live heart-lung transplants on Fox News?

Everybody understands that these things couldn't happen. That when it comes to serious scientific endeavor, years of study and professional apprenticeship are required. In a word, expertise.

Ex-beauty contestants, drive-time DJs, TV sports announcers, hairstylists, newspaper columnists -- basically anybody whose math skills topped out in the 10th grade -- rarely have anything substantive to add to the sum of technical and scientific knowledge. That's what they most resent about it.

It's not impossible that such persons could educate themselves sufficiently to have an informed opinion, but it's rare. Most of us, most of the time, are like historian and blogger Josh Marshall: "The fact that the vast majority of people with specialized knowledge in the field think there's a problem is good enough for me," he wrote. "I can't be knowledgeable about everything. And I'm comfortable with the modern system in which the opinions of really knowledgeable people with expertise counts more in cases like this than people who know nothing at all."

Unless and until, that is, scientific endeavor impinges upon either A) religious belief, or B) the ability of tycoons to keep making money in precisely the way they or their ancestors have always made their money. Then it's every man and woman a climatologist, and every genuine expert an "elitist" enemy of God and the American way -- creationism with a thermometer.

Charles P. Pierce describes what he calls the "three great premises" of talk-radio populism in his acerbic book "Idiot America":

So it was after thousands of private e-mails hacked from the University of East Anglia Climatic Research Unit in England emerged via the right-wing noise machine into the British and American press. Caught red-handed acting like, well, like professors -- ambitious, idealistic, petty, egotistical, dogged and pedantic -- climate researchers soon got caught up in a media storm rivaling that surrounding golfer Tiger Woods.

Within days, representatives of various Exxon- and Koch Industries-funded propaganda shops like the Heritage Foundation and Competitive Enterprise Institute started braying about "Climate-gate." Fox News headlined "Global Warming's Waterloo." Hannity told viewers, "Now we find out that this institute is hiding from the people of Great Britain and the world that, in fact, climate change is a hoax, something I've been saying for a long time."

Taking time off from her book tour, Sarah Palin wrote a Washington Post piece charging the "e-mails reveal that leading climate 'experts' deliberately destroyed records, manipulated data to 'hide the decline' in global temperatures, and tried to silence their critics by preventing them from publishing in peer-reviewed journals."

Note the scare quotes around "experts." Palin's evidence for this conspiracy? Here's the worst of it: A 10-year-old e-mail from professor Phil Jones to Penn State colleague Michael Mann. You've seen it 10 times on television. "I've just completed Mike's Nature trick of adding in the real temps to each series for the last 20 years ... to hide the decline."

Read it twice. So Jones brags about hiding a decline in global temperatures by "adding in the real temps"? The allegation's nonsensical on its face. If you read the entire message, Jones is talking about plotting a more accurate graph by throwing out inferential evidence from tree ring studies known since the 1960s to be less reliable. There's an elaborate scientific debate about why. Not one reputable scientist who's looked into this matter has judged otherwise. What's crucial to understand is that if Jones were proved to be faking data, his scientific career would end at once, along with that of anybody who helped him.

Scientists can be jerks too. However, the kind of worldwide conspiracy conjured by global climate change deniers like Palin, Hannity and the rest -- that is, as an evidence-free, religio-political cult that's the mirror image of their own movement -- simply can't exist in a scientific context. Meanwhile, Arctic sea ice is vanishing, glaciers melting, sea levels rising, droughts and floods increasing, and the past decade -- according to the World Meteorological Organization -- was the warmest in recorded history.

But hey, look over there: some elitist e-mails!