Salon's prescriptions for the healthcare bill 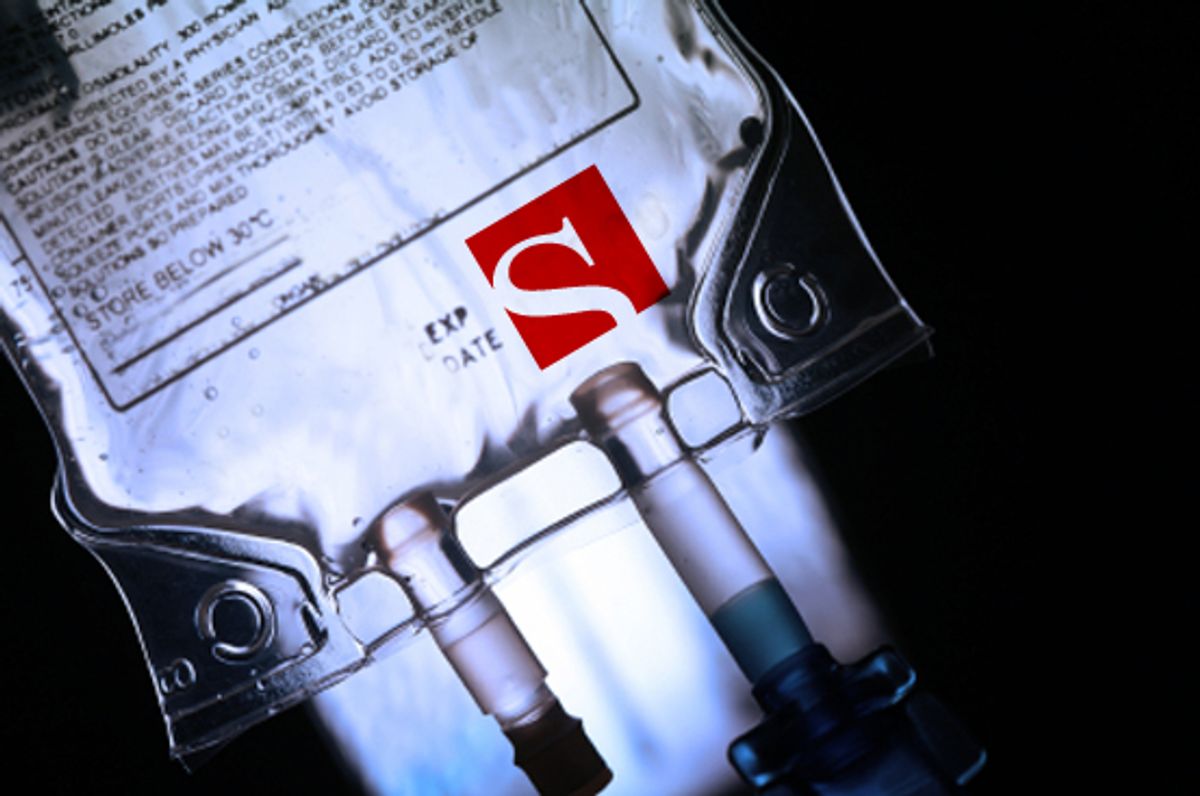 First, the Senate Democrats dropped the public option, promising to appease liberals by letting people  buy in to Medicare starting at age 55. Then, when Joe Lieberman, I-Conn., threatened to filibuster that version of the bill, too, they got rid of the buy-ins. As a result, some progressives have been calling for the Senate to kill the bill completely, arguing that no reform is better than this reform. Former Democratic primary candidate and former Democratic National Committee chairman Howard Dean came out against the bill in its current form earlier this week (although Dean told Salon's Joe Conason he's open to fixing the bill and not killing it).

But killing the bill could mean absolutely nothing happens on healthcare reform at all. The Senate has been working on this for most of the year; if it dies now, it's not coming back. And even though Senate Majority Leader Harry Reid is unlikely to find 60 votes to restore the public option or the Medicare buy-in, there are other ways to make a bad bill better before lawmakers vote on final passage. Here's a breakdown of some progressive concerns about the healthcare reform bill most likely to face the Senate, and what Senate Democrats can do to address them. One word of caution: So far, there is no "bill," there are numerous amendments being floated, and it's not sure exactly what will emerge for a Senate vote. And of course, whatever the Senate passes still has to be merged with the House's far stronger legislation. But here are the top five critiques about what's out there for now, and how to improve the bill to answer them:

The problem: Without a public option, the Senate bill would force Americans to buy healthcare from private insurance companies, who could act as a monopoly. So according to this line of reasoning, the real winners would just be the private insurers who got us into this mess in the first place. MSNBC's Keith Olbermann is one proponent of this point of view, arguing on "Countdown" Wednesday night that he will go to jail rather than purchase private insurance under this mandate, and urging his progressive audience to do the same.

The diagnosis: There is no way to expand the current insurance system to cover everyone without an individual mandate. At the moment, insurance companies discriminate against people who would be most likely to use insurance by making it unavailable to those with preexisting conditions. Healthcare reform would make this illegal and force insurers to make coverage available to everyone. But without an individual mandate, young, healthy people might not buy healthcare at all, causing premiums for older, sicker people to skyrocket. That's why every healthcare system (British, Swedish, French, Canadian, you name it) with anything approximating universal coverage has some version of individual mandates. Otherwise, universal coverage just doesn't work.

Salon's prescription: Keep individual mandates -- and work on introducing higher subsidies and better regulations to help make insurance affordable for the millions of people who will suddenly have access to it.

The problem: While proponents say the bill will extend coverage to another 31 million Americans, that's a shell game; they're doing it by mandating Americans to purchase insurance.

The diagnosis: The bill would do more than just make people purchase private healthcare: 14 million of these people would gain coverage through the expansion of Medicaid. The other 17 million, who would effectively be "forced" to buy into some private plan, are mostly people who can't currently afford to buy healthcare. Under the Senate bill, people making up to 400 percent of the poverty line ($88,200 for a family of four) would be given subsidies to purchase this insurance.

Salon's prescription: Again, push for higher subsidies extended to more Americans, so the new insurance isn't as unaffordable as the status quo is.

The problem: Allegedly, the ban prohibiting insurers from denying coverage to people with preexisting conditions is meaningless. Sure, insurance companies would have to sell these people a plan -- but they could still charge exorbitant premiums and effectively price them out of the market.

The diagnosis: Under the most recent draft of the Senate bill, insurance companies can still charge more for insurance under certain circumstances. However, the bill dictates that premium rates can only vary based on age (older people can be charged up to three times as much for insurance as other planholders) or tobacco use (smokers or other users can be charged up to 1.5 times as much for insurance). Of course, in an ideal world, these factors wouldn't affect premium costs either, but the Senate bill would still make it significantly easier for people with preexisting health conditions to buy insurance.

Salon's prescription: Other than ensuring that there aren't any hidden loopholes, leave it be. The Senate's regulations regarding preexisting conditions would actually accomplish quite a bit.

The problem: The Senate healthcare bill would allow insurance companies to implement annual dollar limits on medical care for people with a costly illness like cancer. This would defeat the purpose of health insurance, since it would no longer protect people from the worst-case scenario (you know, the one where you contract an incredibly costly illness whose treatment you can't possibly afford).

The diagnosis: Although the Senate Finance Committee prohibited annual caps altogether, the Senate bill would only bar "unreasonable" annual caps on medical costs. A Reid spokesperson justified the decision by citing concerns that banning all annual limits could lead to higher premiums. Getting rid of these caps might lead to higher premiums, but permitting them would definitively defang health insurance: It would provide coverage for everyone except people who need it most.

Salon's prescription: Remove this provision from the bill, or define "unreasonable" caps at a level that actually makes sense for the average family's budget. This shouldn't be too difficult: The White House has already indicated that it wants to strike the provision, and even Lieberman hasn't threatened to filibuster a bill that doesn't permit annual caps.

The problem: The Senate bill would permit insurance companies to sell policies across state lines -- and let the companies choose which states' laws and regulations they would have to follow. This would allow insurers to avoid the strongest consumer protections and benefits required by state governments. A group of House Democrats from Maine and California argue that the arrangement "will lead to a race to the bottom in insurance regulation and severely threaten the important and often lifesaving protections the residents of our states enjoy."

The diagnosis: The bill does already contain several provisions to help avert this scenario. First, states would only be able to join interstate compacts by enacting a state law. So, any state that ended up undermining its own insurance regulations by joining an exchange would have done so through its own legislation -- which is unlikely. Also, insurance companies -- regardless of where they were based -- would still have to comply with some of the regulations of the state where the insurance purchaser lives. Finally, insurers would also need to obey the federal requirements stipulated by the bill in order to participate in the insurance exchanges it would set up. (But these regulations have yet to be spelled out.)

Salon's prescription: Push for stricter federal requirements as part of the insurance exchange system the bill would set up. Doing so would force insurance companies to provide better coverage across the nation, regardless of what state they were based in.