Senate Dems are saying he stifled Joe Lieberman to keep debate on track. Liberals are happy, whatever the reason 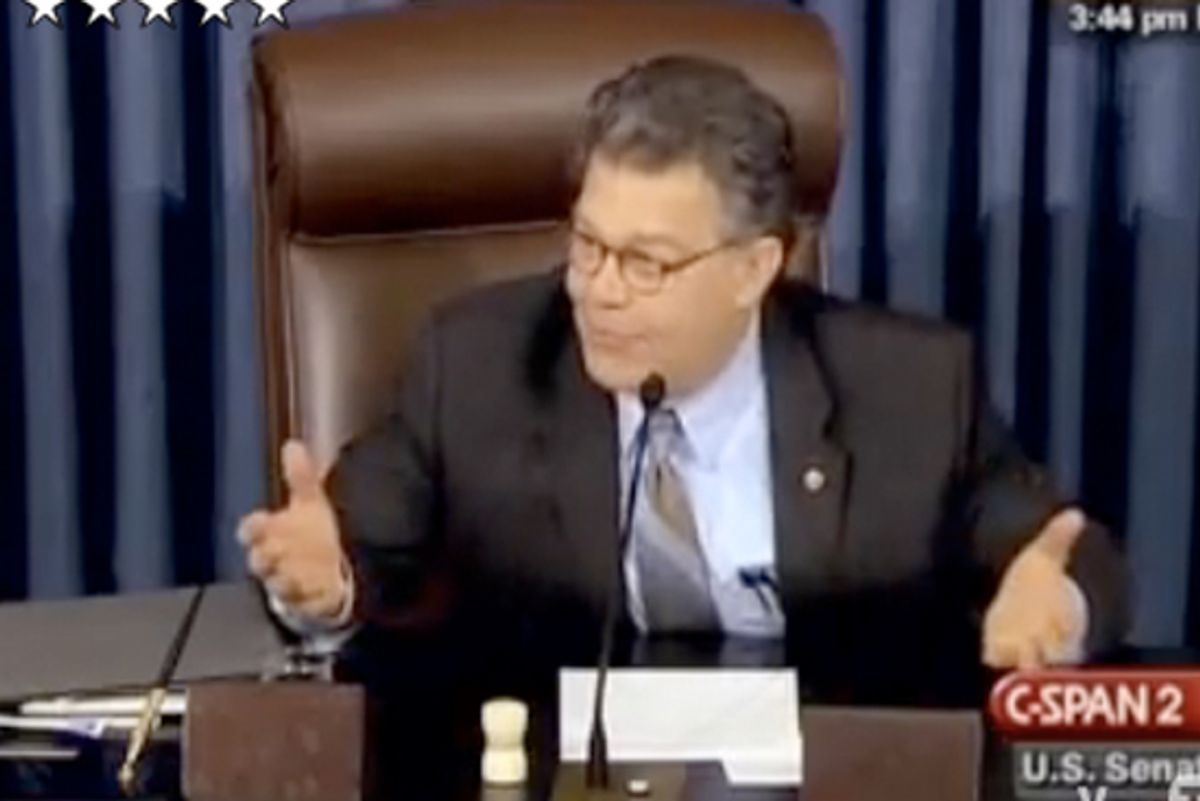 Liberals across cyberspace cheered Thursday when Sen. Al Franken declined to give Sen. Joe Lieberman an additional two minutes to drone on about amendments to the Senate healthcare provision he is single-handledly making worse. Talking Points Memo got the video, here it is.

On "Hardball" today, Chris Matthews asked me whether I thought it was merely a procedural move -- Senate leadership released a statement saying all senators had been asked to hasten the debate -- or whether it was political. I said it was political, and it was a "satisfying" moment for liberals, since President Obama's team has spent time vilifying Howard Dean for opposing the bill, but hasn't said word one about Lieberman hijacking it. (I also say more about why I oppose Dean's call to kill the bill.) Here's the video:

After the segment, Franken communications director Casey Aden-Wansbury e-mailed me this:

"Hi Joan, I heard you got asked about Sen. Franken's exchange with Sen. Lieberman on Hardball just now and wanted to make sure you knew what really happened: Senate leadership has been asking all presiding officers to enforce the 10-minute rule for both sides and Senator Franken was simply following the direction of leadership. "

Duly noted. (Update: My friend Josh Marshall of TPM emails to remind me that Aden-Wansbury used to be communications director for...Joe Lieberman. Small world.) But it was still a profoundly satisfying moment. Thank you, Sen. Franken! Here's the Franken video, with a cameo by an outraged John McCain: