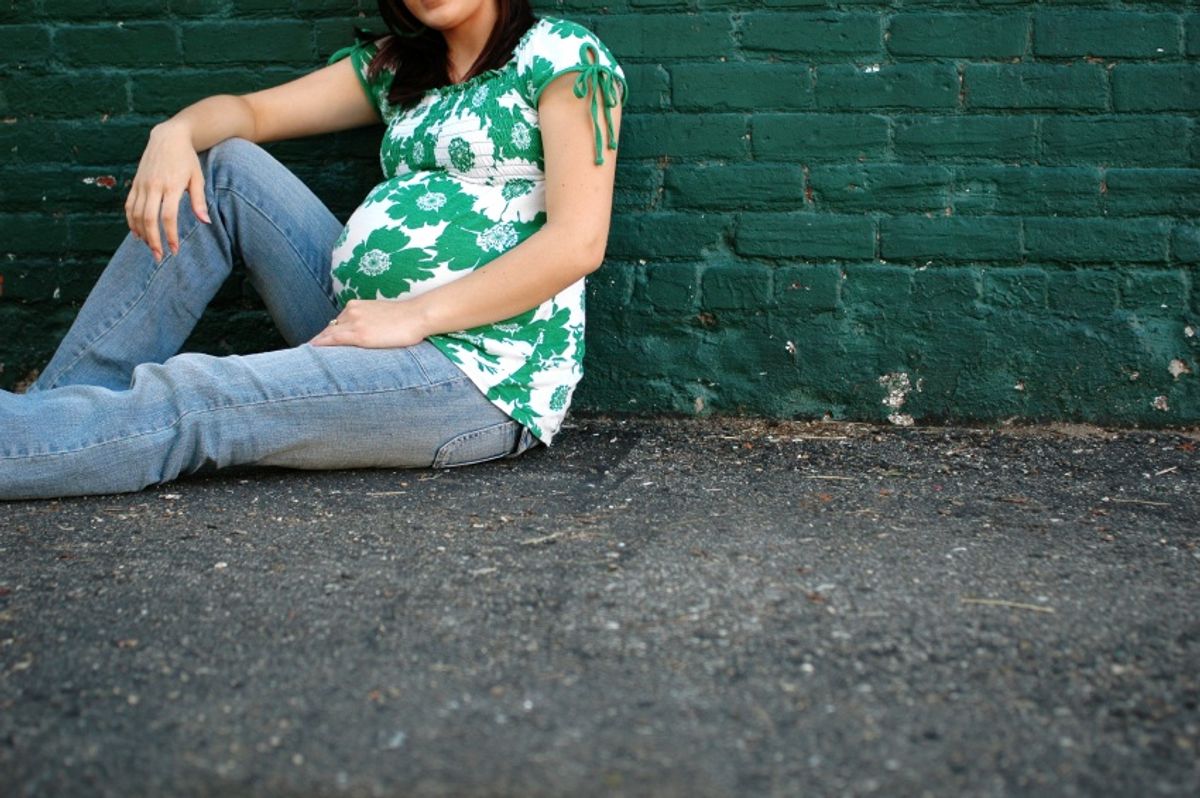 It's official: We have another momtroversy on our hands.

Meet Mackenzie McCollum, a 17-year-old high school volleyball player who was kicked off the court for being pregnant and has since launched a federal lawsuit against her school in Fort Worth, Texas. When the school administration discovered that the starting setter was pregnant, she was benched and asked to bring in a doctor's note giving her permission to play. She did.

Only, the doctor's note made two stipulations: She was to have her heart-rate monitored during play to make sure it didn't rise above 140 beats per minute and to be restricted to "no-contact" sports. The school said it wasn't able to "accommodate" the heart monitoring. As for the issue of no contact, the school was like: Dude, have you ever watched volleyball? But McCollum's doctor didn't mean "contact" in the literal sense; he was thinking of games that require helmets, pads and head-on collisions. In his mind, volleyball was a "no contact" sport." In addition, he suggested the heart-monitoring based on a medical recommendation that was invalidated decades ago but still remains popular folklore among doctors. So, the doc eventually scrubbed the additional requirements from his note and McCollum was back on the court the next day.

Still, McCollum says that her coach, Jack Warren, violated her privacy by revealing her pregnancy to the team without her permission. She also claims that she was unfairly forced to miss critical court time during college recruiting season and that Warren ultimately reduced her time on the court after she was allowed to return. More recently, the high schooler's suit was expanded to take issue with teachers at her school showing an ESPN segment about her legal fight in wholly unrelated classes, which she says led to harassment in the halls. McCollum's legal team argues that these are all violations of Title IX, which is best known for outlawing sexual inequity in athletics but also specifically bans schools from discriminating against pregnant students. The National Women's Law Center explains that the federal law requires schools to "give all students who might be, are or have been pregnant ... equal access to school programs and extracurricular activities."

Requiring a pregnant student to get a doctor's permission to play on a sports team is considered discriminatory -- unless the school requires the same "from all students who have conditions that require medical care," and McCollum's school reportedly does. A spokesperson for the high school told ABC that it was "standard policy at Arlington Heights High School and throughout the district to require students who get injured or develop a medical condition to get a written release from a doctor before they can return to the team." If that turns out to be true, the time McCollum spent on the bench is unfortunate but hardly seems discriminatory. The other claims are separate issues, and all of these allegations will simply have to play out in court.

In the meantime, the vitriol this case has inspired is fascinating. A crowd of McCollum detractors are frothing at the mouth in a manner all too familiar with cases involving sex, young women and motherhood. There is copious amounts of mommy-shaming on display: "What kind of idiot would want to play volleyball while pregnant anyway," exclaimed a member of a Facebook group in support of McCollum's coach. Never mind the opinion of her doctor and other medical experts that it was safe for her to continue playing. There's also plenty slut-shaming to be seen: The Facebook group "tired of Mackenzie McCollum" displays the following mission statement: "ITS HER FAULT NO ONE ELSES!!" Apparently she reproduced asexually, which should really be the news story here, no?

It's reasonable to have a visceral response to the idea of a pregnant woman engaged in an aggressive activity of any sort; a little hand-wringing is only human. Now, arrogantly telling a pregnant woman that neither she nor her doctor knows what is best for her, though? That isn't reasonable -- but it is the status quo.