9. Indelible photos made the name Abu Ghraib famous worldwide. Yet there was one atrocity that could not be proven 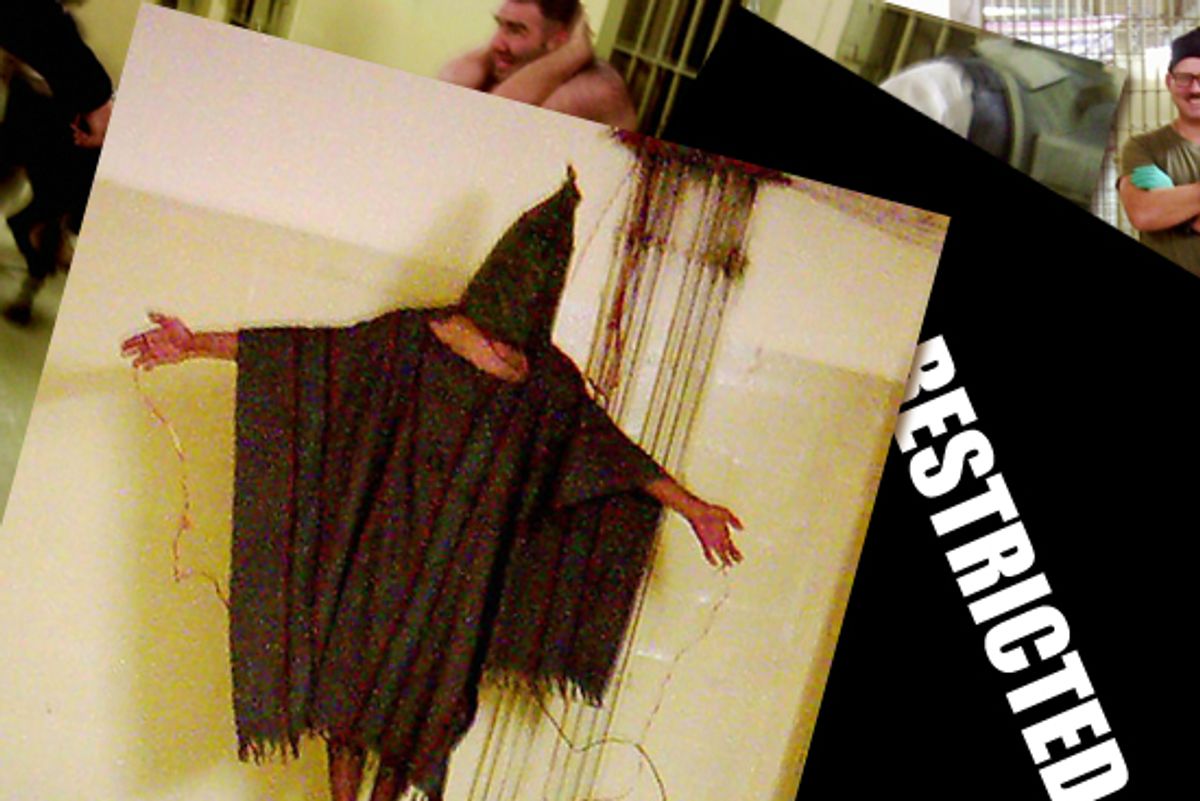 Last spring when President Obama was fighting the release of additional images of detainee abuse, stories surfaced that the hidden images contained scenes of rape. The Daily Telegraph ran with it in May, hinged on an interview with retired Maj. Gen. Antonio Taguba, who originally investigated abuse at Abu Ghraib. "These pictures show torture, abuse, rape and every indecency," Taguba told the paper. The Daily Beast followed with claims that the withheld images included "a uniformed soldier receiving oral sex from a female prisoner" as well as rape involving phosphorous sticks and brooms.

Salon had published a large archive of Abu Ghraib detainee-abuse photos and videos back in March 2006, including images of female prisoners being exposed, and one detainee appearing to sodomize himself.

But the stories claimed the images in question were new and never before revealed. So we dialed Taguba. He quickly told us that the story wasn't true. Taguba stood by his quote, but explained that he was referring to the hundreds of images he had reviewed during his Abu Ghraib investigation. He had never seen the images being withheld by the White House and, in fact, did not know what they depicted.

A Pentagon official with firsthand knowledge of the photographs then explained to Salon that the still-secret images did not include any from Abu Ghraib -- Salon had exposed all of those from the Army's own investigative files. That official further added that the photos he had seen also did not contain any images of rape or other shocking sexual acts as reported. "We don't have anything that would comport to what they are reporting," he said of the salacious headlines. (The Daily Beast later corrected its story, to say that the unreleased set of photos "do not contain sexually explicit images.")

Instead, the official explained, the Pentagon was withholding around 2,000 images of potential abuse from Iraq and Afghanistan -- excluding those from Abu Ghraib -- and those remaining images did not show rape. The images included photographs of bruised or beat-up detainees taken by the military's own investigators looking into allegations of abuse in Iraq and Afghanistan.

If there ever were pictures or video of anything like rape in the Abu Ghraib files, somebody made those images disappear a long time ago. As for the remaining unseen images, Congress last fall passed new legislation allowing the White House to conceal those forever. At any rate, the torture story already documented in photos and investigations -- that top White House officials, top government attorneys and elite intelligence workers sanctioned waterboarding, forced nudity and stress positions in prisons kept secret from the Red Cross, and lied about it all repeatedly -- should be disturbing enough, even without tales of rape.