11. The right claimed hacked e-mails proved liberals are lying about global warming, and the media fell for it 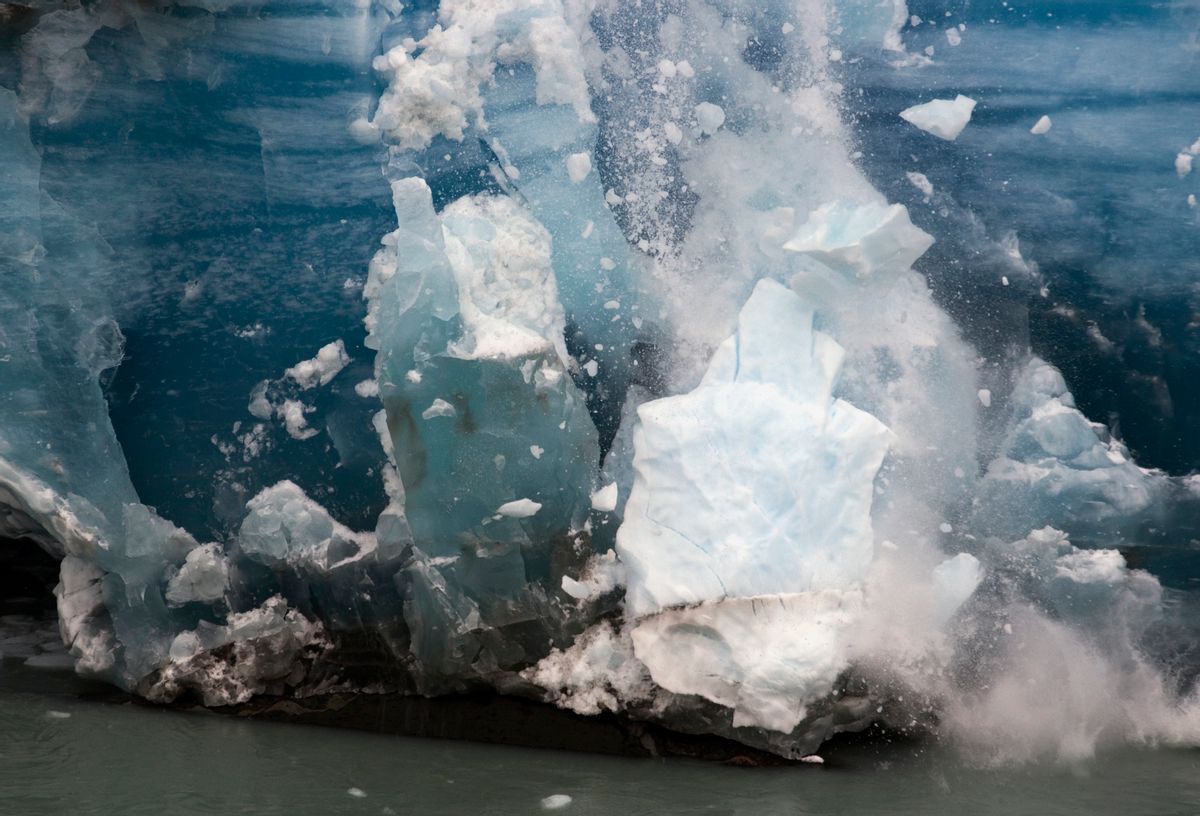 Pieces of ice fall from the front of Argentina's Perito Moreno glacier near the city of El Calafate, in the Patagonian province of Santa Cruz, December 15, 2009. Scientists warn that glaciers in the Andes are melting because of the effects of climate change. According to studies, these accumulations of ice are thawing at a pace so fast that they could disappear in 25 years. REUTERS/Marcos Brindicci (ARGENTINA) (Reuters)
--

Note to conservatives: Just because you put the word "gate" after a story, doesn't put it on par with Watergate, particularly when the story is mostly bunk in the first place.

Take "Climategate," the hullabaloo stirred up by a hacker, right-wing Web sites and a bunch of people who don't understand science or scientific terminology, like Sen. James Inhofe (who, if there is any justice in the universe, will one day meet face to face with an angry, hungry polar bear).

In November, hackers published e-mail correspondence between top climate scientists. Some conservatives seized on the language in a couple of the e-mails as proof of the existence of a giant, international scientific cabal to hoodwink the world into reducing carbon emissions.

In a statement, Inhofe said the e-mails showed that the jig was up. "It appears that the basis of federal programs, pending E.P.A. rulemakings, and cap-and-trade legislation was contrived and fabricated," he announced. The right-wing blogosphere exploded.

The next thing you know, CNN was back to 1990 mode, reporting climate change as a he-said-she-said. CNN's Campbell Brown reported that because of the e-mails, a "scandal is hanging" over U.N. climate talks in Copenhagen. In the National Review, Victor Davis Hanson said the discovery doomed U.N. climate talks in Copenhagen: "A satirist could not dream up Copenhagen. Icy-cold temperatures and snow descend on both Copenhagen and Washington at the time of the conference. It is preceded by one of the great scandals in recent academic history with Climategate and the fabrication of climate-change evidence," Hanson told his right-wing readers.

Phil Jones, the head of the Climatic Research Unit of the University of East Anglia, wrote in one e-mail the sentence that Inhofe and Hansen claim is the smoking gun that killed the global climate change consensus: "I've just completed Mike's Nature trick of adding in the real temps to each series for the last 20 years (ie from 1981 onwards) and from 1961 for Keith's to hide the decline." The problem is that scientists often use the word "trick" to describe the use of proxy data, from ice cores, or lake pollen trapped in sediment, in combination with data from real temperature readings. And the "decline" almost certainly refers to a well-known oddity in tree ring data after 1961, not in temperatures.

"We have always had a very vocal minority of people who have long since decided to ignore the science and the data and take a deliberately and completely contrarian view, and who have always and constantly accused (all) climate scientists of falsehood and being in it for the money," Andy Ridgwell, a climate scientist at the University of Bristol told the Guardian about the whole controversy. "They have been playing Chicken Little and claiming the sky is falling in on climate science for a decade. There is nothing left that is new or different that they can (falsely) claim or accuse us of."

Never mind that, Inhofe says. And never mind that the warmest decade ever is coming to a close, and scientists almost universally agree about why. The right used the "scandal" to challenge scientific consensus that global warming is human-made, and worsening. And too much of the media fell for it.