The revolution that wasn't

3. There's no evidence that the hot social networking site played any role in Iran's spring revolt 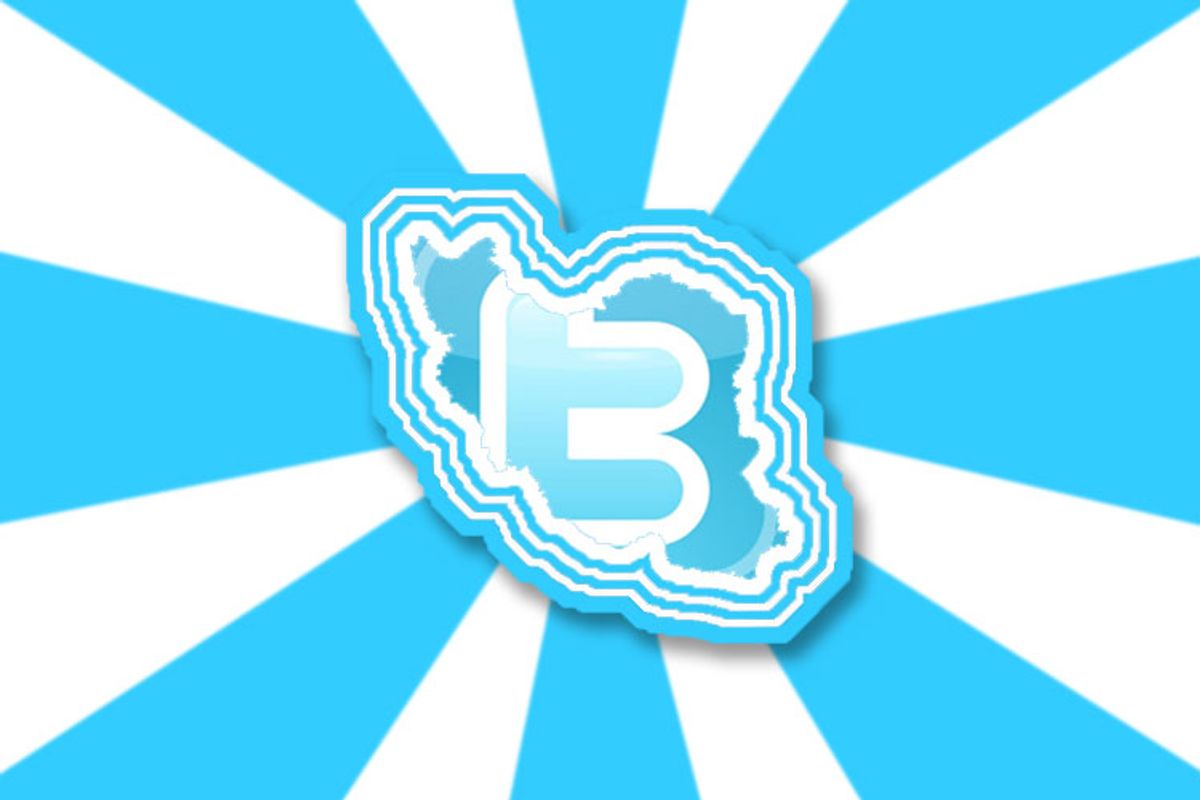 TEHRAN -- No, this item wasn't really written from Tehran. Then again, neither were the vast majority of the thousands and thousands of Twitter posts about the aftermath of Iran's fraudulent elections in June. That didn't stop the media from declaring the micro-blogging site to be the unsung hero of the burgeoning "Green Revolution."

With Iranian authorities cracking down on traditional media and snooping in on phone calls, the theory went, Twitter became a critical tool for organizing and reporting on what was happening in the streets of Tehran and other cities. Well-meaning Americans tinted their avatars green and changed their location, to show support and keep Iran's security service from tracking activists online. The State Department even asked Twitter to defer scheduled system maintenance in the middle of the whole thing.

By mixing developments in Tehran with your friend's comments on some blog post, Twitter feeds made it all seem so real. Log on to the site and voilà -- suddenly, you could take part in dangerous street protests happening halfway around the world without even looking up from your iPhone! All the drama and the excitement of challenging evil dictators lit up the social network, 140 characters at a time. Twitter users started passing along even the tiniest updates about what was happening in Iran as if getting the information out on the site was a matter of life and death. People stripped out user names as they reposted updates, which was supposed to be to keep security agents from tracking them but had the unintended consequence of making it impossible to weigh whether the information was credible. One activist even began trying to track suspected Iranian Basij intelligence agents on Twitter on his own from Southern California, telling me in fevered e-mails he was battling the regime daily and had won some important victories.

Watching the often terrifying news out of Iran, Twitter users could feel like they were doing something important and making themselves part of the story. That was, unfortunately, probably about all they were doing. "It's slacktivism," Evgeny Morozov, who studies the use of new technology in democracy movements, told me back in June. One study due out next year reportedly found the number of Iranians with access to Twitter was too small for the site to have played any role at all in the summer uprising. (Only a third of people living in the country even have access to the Internet.) But the story was the perfect mix of the old media's obsession with writing about its own decline and the new media's obsession with chronicling its rise. There was no way the facts were going to get in the way.

Sadly, though, six months later, things still haven't changed much in Iran. The "Twitter revolution" story may have been bogus, but there was something uplifting in how, for a brief moment, Americans looked up from their day-to-day obsessions and found something deeper to pay attention to. Which is probably why it couldn't last. By the end of June, Twitter had -- as is its wont -- moved on, en masse, from Iran to an even more horrifying development: the death of Michael Jackson.