10. The Web went crazy over evidence that the superstar was a man, Man! 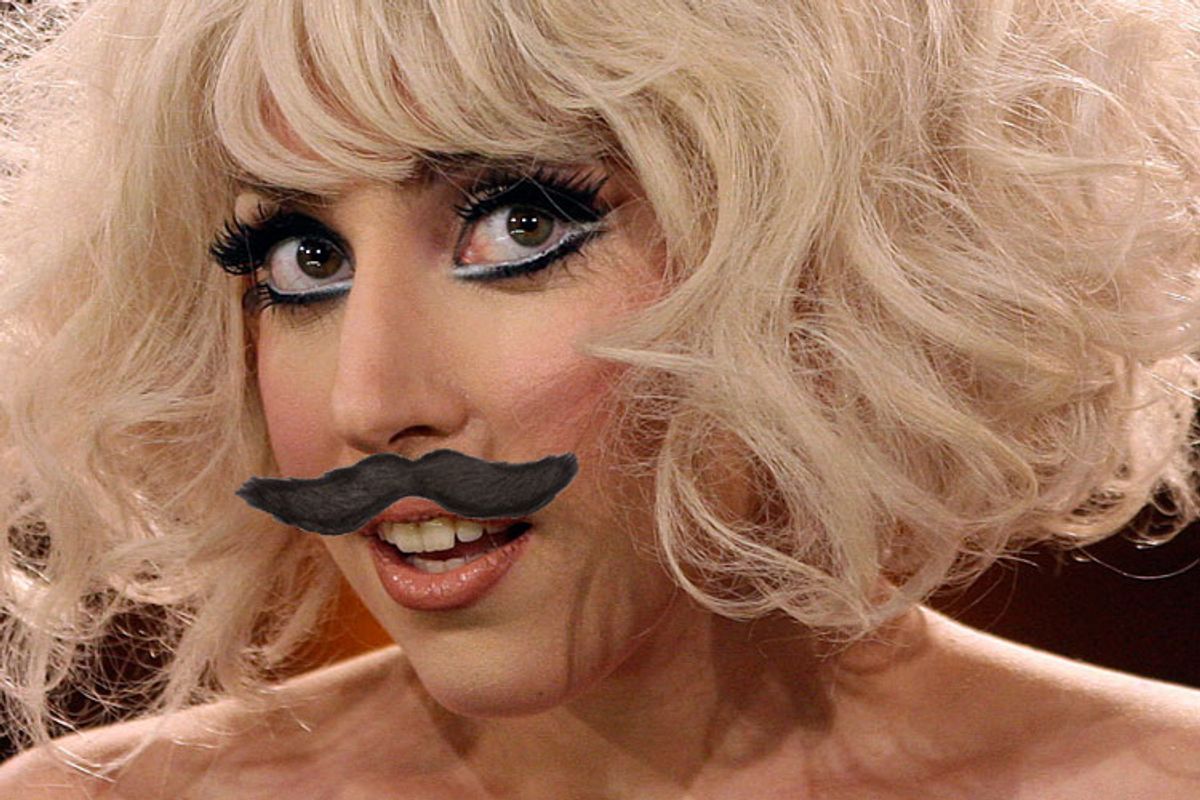 Well, that was the assumption, anyway, after the flamboyant Poker Face dismounted a motorcycle onstage at Glastonbury in August and revealed what appeared to be ... a bulge.

Suddenly it all made sense -- the elaborate, gender-obfuscating costumes and makeup. The winking, flirtatious omnisexuality. The way The Gays love her ass!

Dubious quotes from the Lady purporting to confirm her dudeness promptly rose on the Web. Arguments on both sides flew back and forth, thick and fast, as the damning video of her Glastonbury show-and-tell was scrutinized like it was a glimpse of Sasquatch.

But Gaga held firm on the side of her own femininity. In September, when a reporter asked her straight up, "Do you have a penis?" she unhesitatingly replied, "My beautiful vagina is very offended by that question," establishing that not only does she have lady parts, but that they have strong opinions.

Perhaps the best explanation for what was trying to escape from underneath her skirt that fateful day came from one particularly studious YouTube investigation. When all is said and done, maybe "It's just her fat vajayay, people."