A dish that's a real gift, and everything you've ever wanted to know about your breakfast scramble 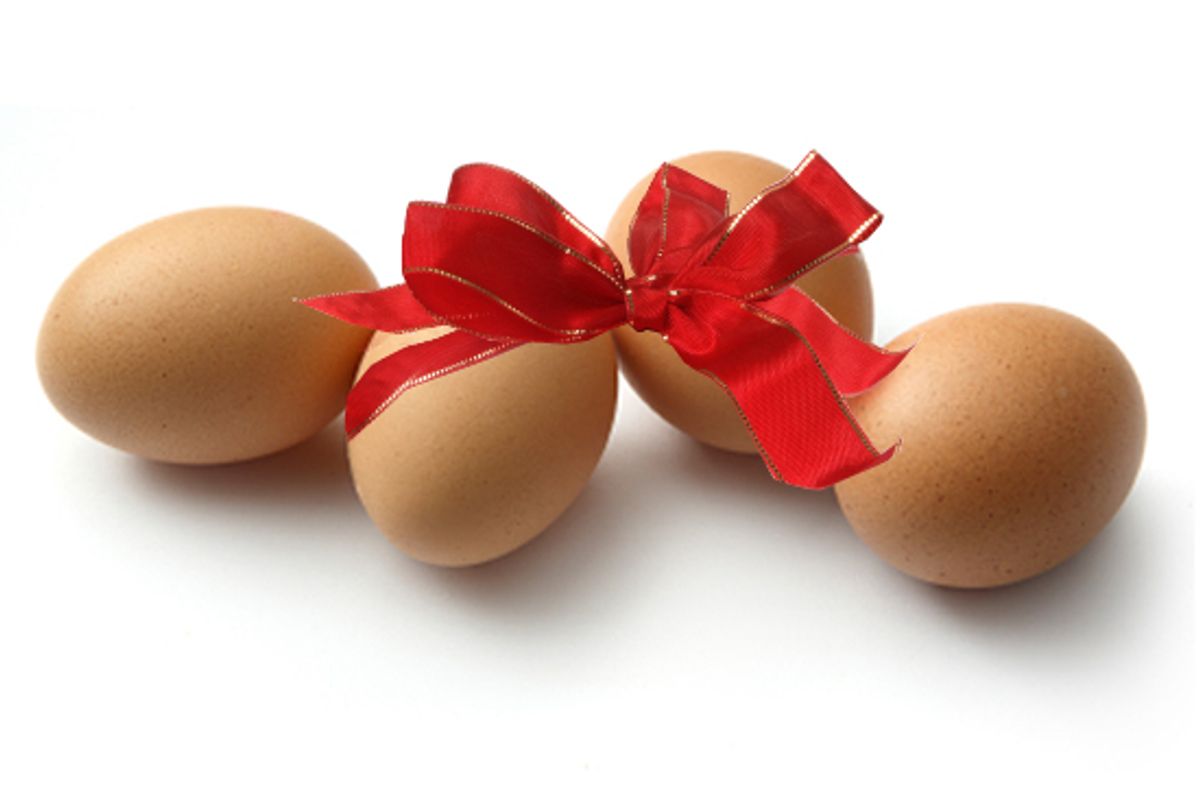 "It's the thought that counts." Well, yes, it is, and the best gifts are ones that, more than being fun or beautiful or tight-fitting, are thoughtful. They're the ones that say, "I've been listening to you; I've been thinking about you; I've given my time to you." The surprise cross-country visit when I said I was feeling lonely; the blender I once happened to look twice at in the store; the coffee press koozie a friend learned to knit to make: These are the magical gifts.

So after the celebration and the presents have all been opened, there's time for one more: slow scrambled eggs -- the richest, most luxurious eggs you've ever had.

Most people don't give scrambled eggs much of a first thought, let alone a second: Heat pan. Stir eggs. Done. But, as James Beard once wrote, "The egg usually comes first in the day's schedule, and also first in the beginning attempts to cook. It takes a rough beating in the process." Eggs scrambled quickly over high heat can be fluffy and wonderful, but easily get weepy, rubbery and dull. Why risk weepy? These are happy times, people!

So the scrambled eggs we're talking about here are a little unusual, but they're awesome: dense and creamy, nearly a custard with a richness so deeply satisfying people often think they're loaded with cheese. But they're not. They're just loaded with love, because the trick is that you have to stand there, stirring them, forever. (OK, so like seven to 10 minutes.) But isn't that a nice way of showing how much you care?

Special-ish equipment:
A heavy nonstick pan
A heat-resistant rubber spatula or a flat spoon
(I don't want to say these are strictly necessary, but ... I don't like to make these without them.)