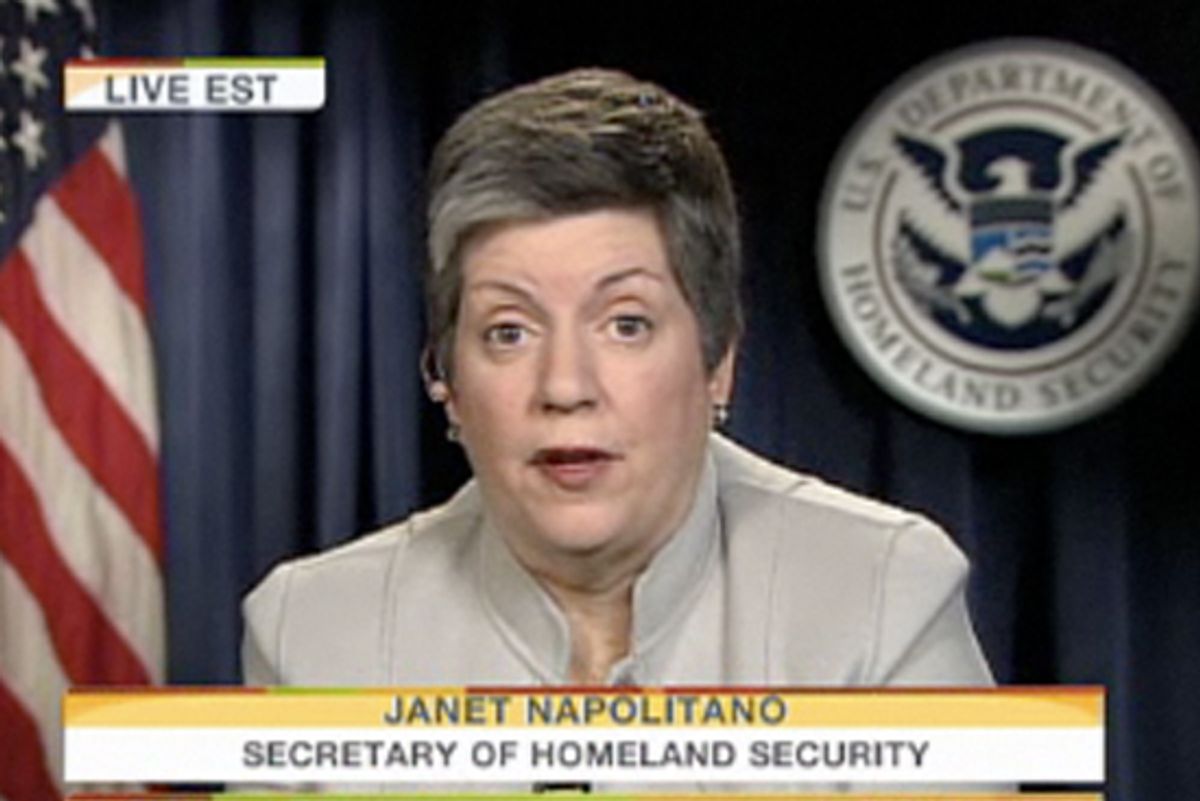 In the glare of the national spotlight, some phrases can come back to haunt you. Sen. John McCain, R-Ariz., surely wishes he'd never said, back during the presidential campaign, that the fundamentals of the economy were "strong." And Homeland Security Secretary Janet Napolitano probably knows that "the system worked" isn't something Americans want to hear from a person charged with keeping them safe not long after a man managed to make it on a plane bound for Detroit with bomb materials strapped to himself.

On Monday, Napolitano made the morning show rounds, and on NBC's "Today" show she took the opportunity to try to explain herself.

In response to a question from "Today's" Matt Lauer, Napolitano agreed that before the botched attack occurred, the system had indeed "failed miserably."

Napolitano's explanation does hold water -- in context, it's clear that when she said "the system worked," she meant after Umar Farouk Abdulmutallab tried to blow up a plane, not beforehand, when he escaped being placed on a watch list and brought his materials on board.

It was, however, still a pretty dumb thing to say -- it does appear as if she may have been trying to conflate before and after, and beyond that, the words "the system worked" just shouldn't be uttered about this situation. And though she'll probably weather this particular storm without too much difficulty, she's given additional ammunition to the Obama administration's enemies, some of whom are now calling for her to be fired.