Why there's no one in charge at TSA 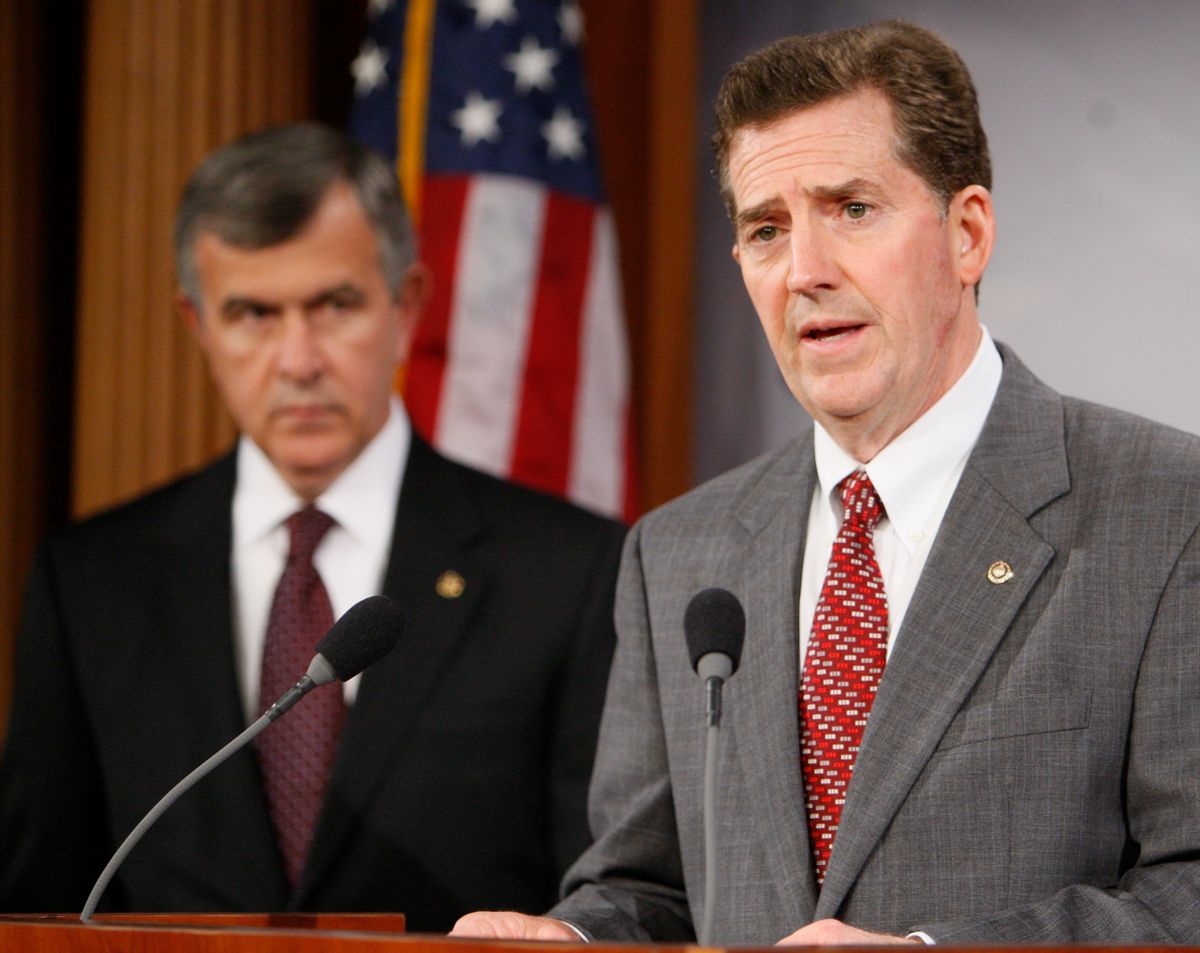 Now would be a good time to have someone at the wheel over at the Transportation Security Administration, especially with the agency promulgating some particularly silly-sounding temporary rules for air travel in the wake of the attempted bombing of Flight 253 on Christmas. But at the moment, no one is permanently in charge at the TSA, so on Monday, there's been some debate about who's to blame for that.

What's unquestionably true is that Erroll Southers isn't proceeding toward confirmation as head of the TSA because of Sen. Jim DeMint, R-S.C. DeMint has a hold on Southers' nomination because of his concerns that Southers hasn't been forthcoming about whether the administration will allow security screeners to unionize.

But DeMint and his staff say that Democrats are ultimately to blame for the delay. In a statement given to Politico's Ben Smith, Wesley Denton, a spokesman for the senator, said:

Democrats have only themselves to blame for not having a confirmed TSA administrator. President Obama waited 243 days in office before making a nomination and Harry Reid has been too busy trading earmarks for votes on health care to schedule debate on the nominee. This is an important debate because many Americans don't want someone running the TSA who stands ready to give union bosses the power to veto or delay future security measures at our airports.

DeMint was on "Fox News Sunday" spreading this message as well, and others on the right have taken up his cause.