The year in feminist infighting

The movement was alive with debate in 2009 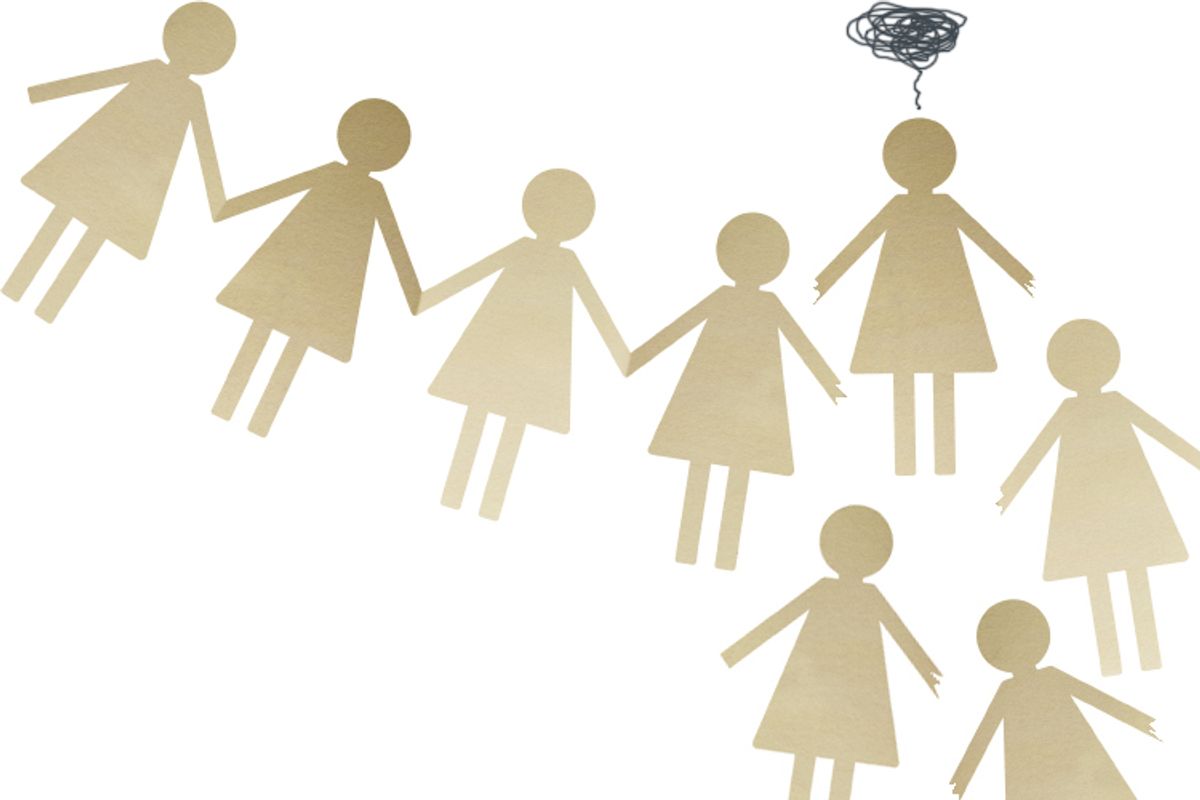 Feminists spent plenty of time fighting this year. There were the usual inter-generational debates as well as scrappy battles over various ladyblogs. Some might see all this infighting as a sign that feminism is in dire straits, but, as Salon's Rebecca Traister argued earlier this year, it's proof that the movement is alive and kicking, despite having been declared dead many times over. With that particular health barometer in mind, we've taken a wistful look back at the past year and chosen our favorite examples of feminist debate -- may we have many more in the New Year!

"Lift and Separate" by Ariel Levy: When it comes to feminism, we suffer "from a cultural memory disorder," which has watered-down feminism's meaning, Levy argues in a piece for the New Yorker. It's must-read material for anyone who cares about feminism's real history:

If feminism becomes a politics of identity, it can safely be drained of ideology .... If a demand for revolution is tamed into a simple insistence on representation, then one woman is as good as another. You could have, in a sense, feminism without feminists.

"Amber Waves of Blame" by Katha Pollitt: Speaking of historical accuracy, Pollitt takes on the the myth of feminism as equivalent to "mothers and daughters fighting about clothes":

Media commentators love to reduce everything about women to catfights about sex, so it's not surprising that this belittling and historically inaccurate way of looking at the women's movement--angry prudes versus drunken sluts--has recently taken on new life, including among feminists.

"My big feminist wedding" by Jessica Valenti: Think brides face a lot of pressure on their wedding day? Try being a feminist bride. When Valenti, the founder of Feministing.com, blogged about her "adventures in feminist wedding planning," everything from her chosen dress color to whether she should use gender-neutral language in the ceremony was up for debate. Ultimately, though, she concluded in a personal essay for The Guardian"

When our friends and family give us strange looks when we discuss our non-proposal, or the hyphenated last name options for our future children, we just smile. Because whether it's an old-fashioned aunt or a stranger online, we realise that the only opinion that matters when it comes to our marriage is ours.

"The Trouble With Jezebel" by Linda Hirshman: In an incendiary piece for Double X, Hirshman argued that Jezebel writers' tales of drunken sex and STDs were bad for young women:

Women can pretend they're female chauvinist pigs, but it’s still women who are more sexually vulnerable to stronger men, due to the possibilities of physical abuse and pregnancy. These Jezebel writers are a symptom of the weaknesses in the model of perfect egalitarian sexual freedom; in fact, it’s the supposed concern with feminism that makes the site so problematic.

There is less interest in actually parsing the work of young feminists and more interest in stupid shit that fits a headline-worthy, time-honored, ultimately dishonest narrative: That women who drink alcohol, have sex, and talk or joke about it occasionally are committing Crimes Against Womanity .... Fuck the patriarchy: With all this slut-shaming and victim-blaming, maybe it's fuck the matriarchy.

"My Newborn Is Like a Narcotic" by Katie Roiphe: As we wrote in Broadsheet, Roiphe's Double X essay about the intoxicating first weeks of new motherhood "is so eloquent as to practically induce spontaneous lactation" -- but for others, it induced something more along the lines of a brain aneurysm. That's because she went far beyond expressing wonderment at her newborn's delicate eyelashes:

One of the minor dishonesties of the feminist movement has been to underestimate the passion of this time, to try for a rational, politically expedient assessment. Historically, feminists have emphasized the difficulty, the drudgery of new motherhood. They have tried to analogize childcare to the work of men; and so for a long time, women have called motherhood a 'vocation.' The act of caring for a baby is demanding, and arduous, of course, but it is wilder and more narcotic than any kind of work I have ever done.

"Slap on a pink ribbon, call it a day" by Barbara Ehrenreich: She had us at the first sentence: "Has feminism been replaced by the pink-ribbon breast cancer cult?" In typical Ehrenreich fashion, she is razor-sharp and fearless in her takedown of the uproar over new mammogram guidelines:

Instead of the proud female symbol -- a circle on top of a cross -- we have a droopy ribbon. Instead of embracing the full spectrum of human colors -- black, brown, red, yellow, and white -- we stick to princess pink. While we used to march in protest against sexist laws and practices, now we race or walk "for the cure." And while we once sought full "consciousness" of all that oppresses us, now we’re content to achieve "awareness," which has come to mean one thing -- dutifully baring our breasts for the annual mammogram.