Talk radio host said to have had chest pains, be in serious condition 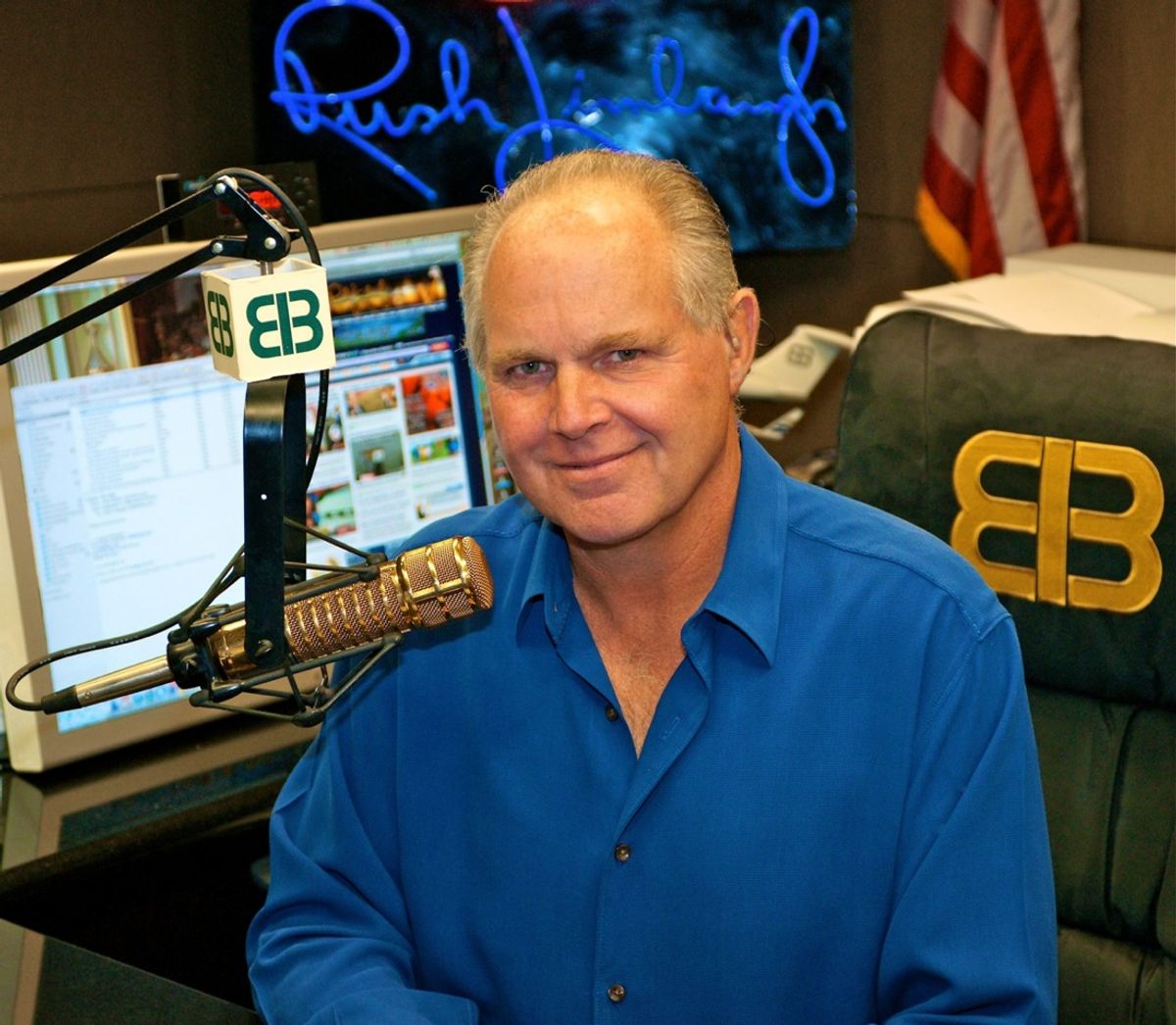 This photo provided by Rush Limbaugh shows Limbaugh in his Palm Beach, Fla. radio studio, the last week of Sept., 2009. NFL commissioner Roger Goodell says he would not tolerate "divisive" comments from an NFL owner like the ones the talk show host made about Donovan McNabb in 2003. And Colts owner Jim Irsay says he would vote to bar Limbaugh if he tries to buy the St. Louis Rams. (AP Photo/Photo courtesy of Rush Limbaugh) (Associated Press)
--

Paramedics reportedly responded to a call from the hotel where Limbaugh is staying, and transported him by ambulance to the hospital. He's said to be in serious condition.