Before our country can move forward, we need to know how we got here in the first place. Here are a few clues 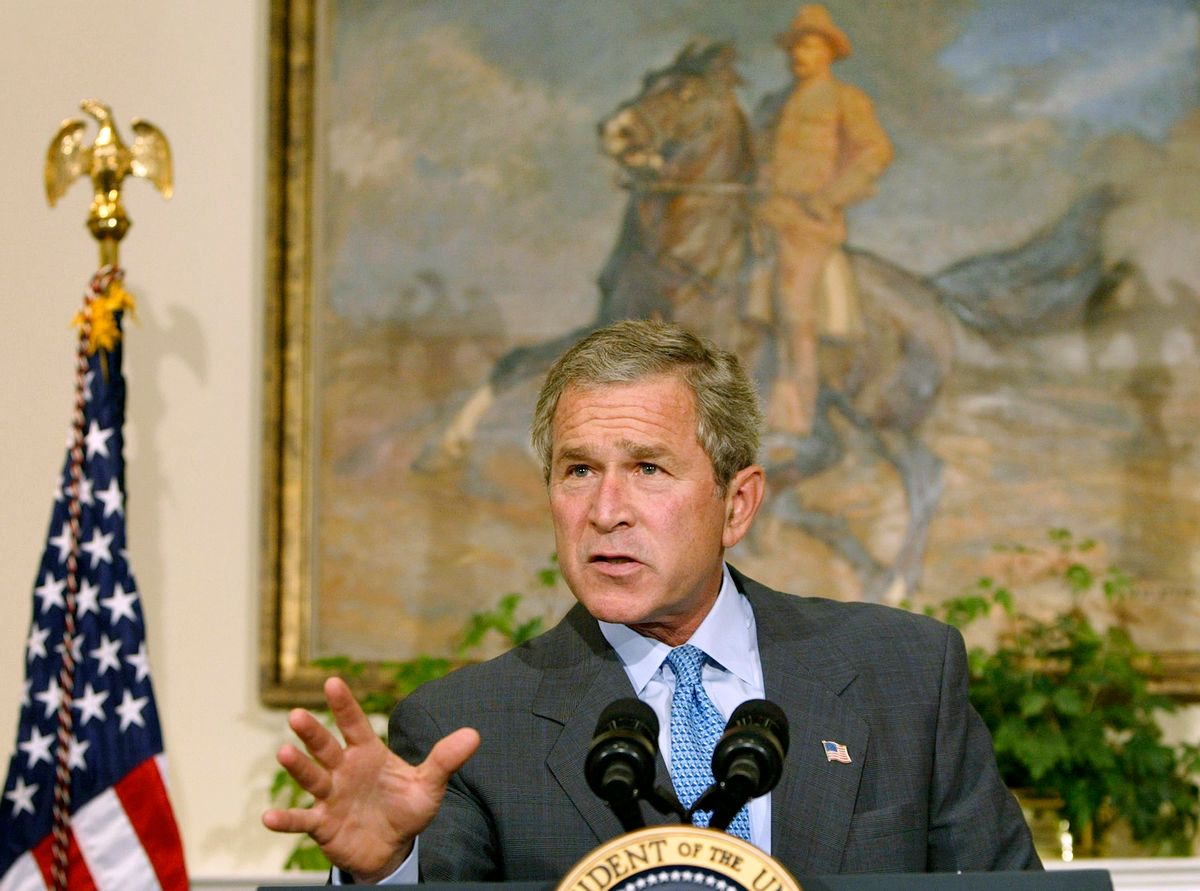 U.S. President George W. Bush speaks during an announcement that the U.S. military will not leave Iraq because of the influence of any hostile forces, while in the Roosevelt Room of the White House, July 2, 2003. As a new poll showed American confidence slipping over the U.S.-role in post-war Iraq, Bush vowed to defeat those attacking U.S. occupying forces. REUTERS/Larry Downing LSD (Reuters)
--

While I'm loath to write a top-10 list, if only for fear of falling short of Dave Letterman's legendary bit, I'm making an exception in this first week of 2010 -- a moment when we get to not only make New Year's resolutions, but resolutions for the new decade. As we make those prospective pledges, let's take a moment to look back at the top 10 quotations from the last 10 years -- the ones telling us some painful truths about our country, society and worldview; the ones that might inform us of what we need to do as we move forward.

9. "Haven't we already given money to rich people ... Shouldn't we be giving money to the middle?" -- President George W. Bush in November 2002, acknowledging to advisors that he knew his tax cuts were giveaways to the super-wealthy.

8. "Keep your government hands off my Medicare." -- Anti-healthcare protester at an August 2009 congressional town hall meeting in South Carolina -- the single most succinct sign that our country has become an idiocracy.

7. "We did this for the show." -- Falcon Heene on Oct. 15, 2009, telling CNN that the Balloon Boy chase was a hoax. The declaration demonstrated that the media‘s 24-7 knee-jerk sensationalism is irresponsible and proved that America's culture of celebrity aspiration is completely out of control.

6. "As we know, there are known knowns. There are things we know we know. We also know there are known unknowns. That is to say, we know they're some things we do not know. But there're also unknown unknowns; the ones we don't know we don't know." -- Defense Secretary Donald Rumsfeld on Feb. 12, 2002, effectively telling us that the government had no idea what it was doing by invading Iraq.

4. "The investment community feels very put-upon. They feel there is no reason why they shouldn't earn $1 million to $200 million a year, and they don't want to be held responsible for the global financial meltdown." -- Daniel Fass, chairman of Obama's financial-industry fundraising party on Oct. 19, 2009, insisting that despite wrecking the economy and then being handed trillions of bailout dollars, Wall Street is a victim.

3. "$500,000 is not a lot of money, particularly if there is no bonus." -- Wall Street compensation consultant James Reda on Feb. 3, 2009, giving the New York Times a good example of just how totally out of touch the super-rich really are.

2. "I didn’t campaign on the public option." -- President Obama on Dec. 22, 2009, expecting the public to forget that his presidential campaign platform explicitly promised to pass healthcare legislation giving all Americans "the opportunity to enroll in (a) new public plan."

1. "It doesn't matter." -- Vice President Dick Cheney on Nov. 5, 2006, referring to polls repeatedly showing the majority of Americans oppose the Iraq war -- a sign the ruling class truly does not care about the demands of the public.

These epigrams expose a nation that has internalized and accepted the forces of avarice, corruption, dishonesty, incompetence and insensitivity. Some of them are darkly funny, some of them are gut-wrenchingly sad -- but all of them are warnings. Whether we listen to them or not will be the difference between repeating the last decade's folly or learning from it.

Here's to resolutions for the new decade that finally choose the latter.