A master class with Charles Gabriel 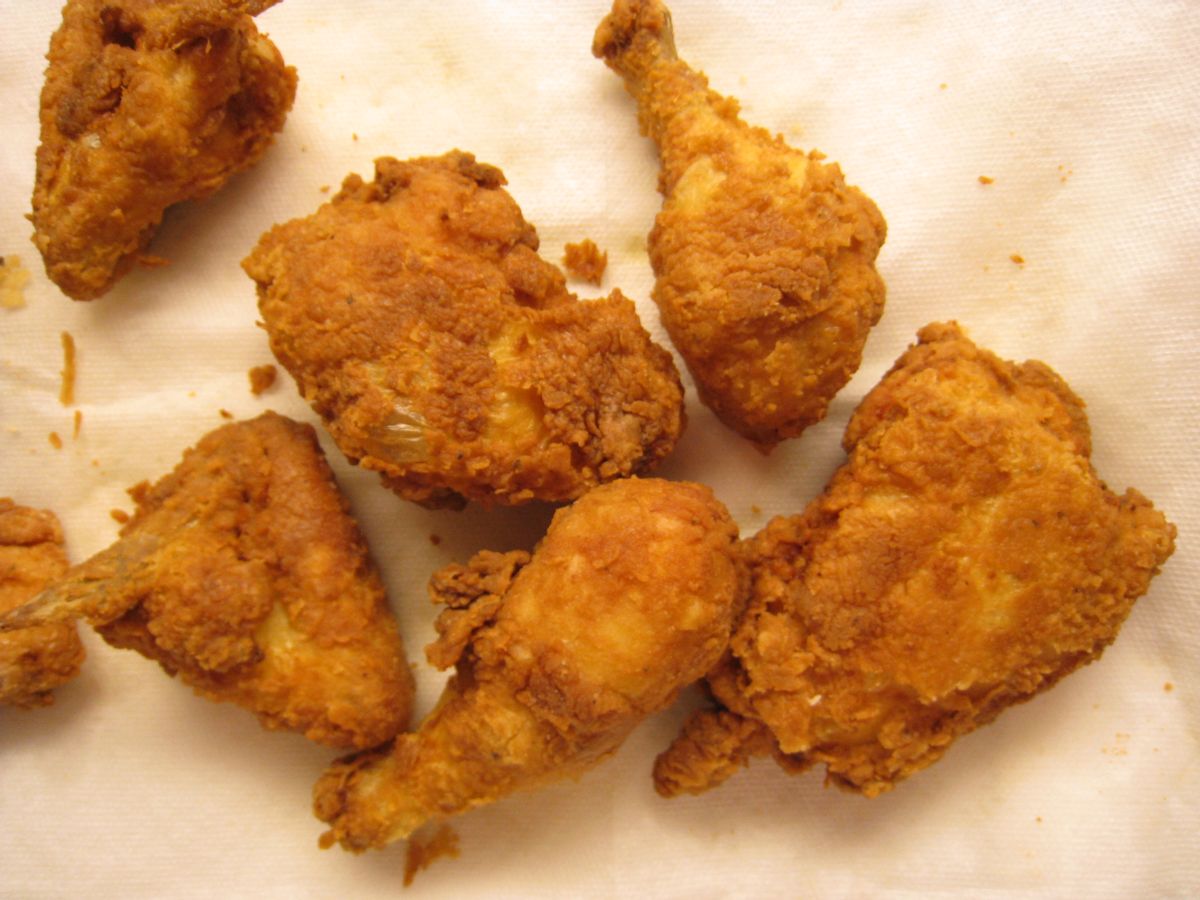 To me, fried chicken was one of those foods so steeped in lore that, no matter how many recipes I read, I always had the sinking feeling that you have to be born into it to make it. The master chicken fryer Charles Gabriel freed me, teaching me his technique, a technique he's been putting to work for more than 50 years, a technique handed down from his mother. So he was certainly born into it, but he didn't seem to think frying chicken would be beyond me: You season it, dip it in eggwash, flour and fry it.

"So what about all that stuff like buttermilk? Or letting your chicken dry with the coating like I read about?" I asked him.

"Nah, I don't believe in that," he said flatly. "I can make those other things, but I like to cook my own food."

OK, so maybe he's a bit of a purist too. But his technique is not convoluted. It's super straightforward, and it makes extraordinary chicken: flavorful and juicy beneath a thin, crisp sheath. And now here I am, totally unintimidated.

Equipment:
The widest, heaviest pan you have, cast iron or some such, at least 2 inches deep. You want it wide so you can cook more at once, and heavy so it cooks evenly. If you have to choose, go for heavy over wide.

Notes:
Some people don't recommend this, because used oil can be dangerous if left on high heat too long (read: burst into flames), but Mr. Charles is fond of keeping his oil. After it's cooled, strain it through a very-fine-mesh strainer or cheesecloth. "The oil is better used," he says. "It gets better color; it builds up flavor." He mixes it ½ and ½ with new oil for his next batch of chicken, which helps keep it safe.

And I suppose I don't need to tell you this, but all lovers of fried chicken especially love cold fried chicken. My theory is not that it actually tastes better, but that any chicken being left over at all is cause for celebration. But you may have your own opinion on the matter. Of course, if you'd like to eat Mr. Charles's chicken in situ, visit him at: