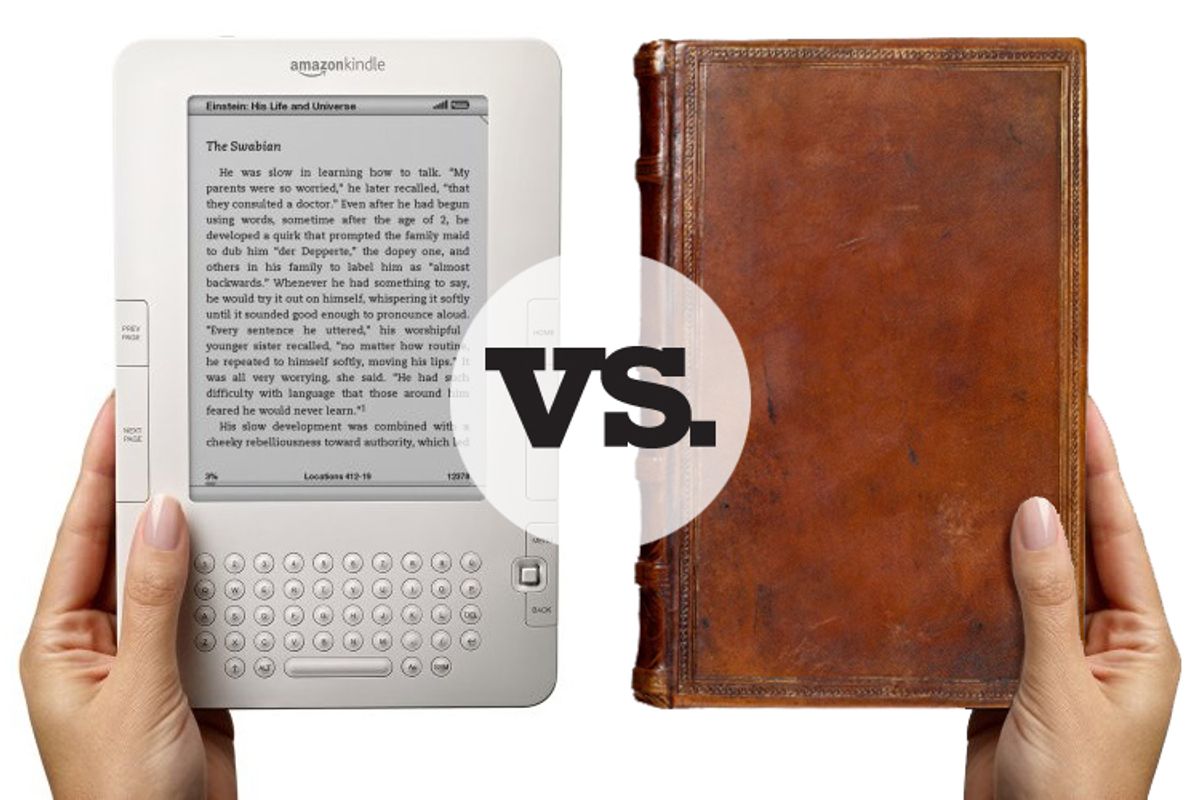 A version of this story first appeared on Hang a Question Mark.

I assume that I'm not the only writer who has "Publish a %$&*#^ book!" somewhere on their list of resolutions for 2010. Of course, it was also on my 2009 list, and maybe my 2008 list, but I have recently come to learn what a Mount Everest this seemingly modest resolution is to climb.

So it was with great interest that I read an editorial by Farrar, Straus and Giroux president Jonathan Galassi in the New York Times this weekend titled "There's More to Publishing Than Meets the Screen."

Galassi was responding to the announcement that William Styron's estate had sold the electronic publishing rights to "Sophie's Choice" to Open Road Integrated Media, a new e-publishing outfit founded in late 2009 by Jane Friedman, former president/CEO of HarperCollins.

It really got him thinking, he says. "Are e-books a new frontier in publishing, a fresh version of the author's work? Or are they simply the latest editions of the books produced by publishers like Random House?"

This construct perfectly captures the industry myopia on e-publishing.

Galassi's argument is, essentially, that there is no "I" in "book." Bill Styron's genius as an author wasn't enough. It needed an infrastructure of editors to recognize the genius, mold it and shape it into its best work. Then it needed an army of artists, typesetters and printers to shape it into a physical book. Then it needed a publicity and distribution network to bring the physical book to the audience.

As far as it goes, the argument has merit. Books are a team effort. Almost any work is improved by careful editing. The more attractively packaged and widely distributed, the more likely a book is to end up on someone's bedside table.

But there are some serious flaws, too. The traditional system makes the author -- the creator -- almost a bit player in the process, with the publishing house winning the lion's share of the profits to help support its big, expensive infrastructure. Since each book is an investment, the primary concern has to be commercial viability. This shuts any number of talented unknowns out of the system, particularly in the nonfiction categories. Meanwhile, the price of physical books has increased to the point where a lot of readers have also been shut out of the system.

E-books change the equation. Yes, you still need an editorial staff and you still need publicists and you absolutely need a top-flight team of computer geeks. But gone are the cover artists and typesetters, the huge printing presses, the giant rolls of paper, the warehouses full of books, the fleet of trucks to bring the books to far-flung Borders and Barnes & Nobles. The price point for titles will have to be somewhat lower, but the investment is less, and the risks fewer.

Ideally, this allows more writers to enter the publishing stream and to keep a higher percentage of the profits. Ideally, it opens the world of literature and knowledge to more people.

It also allows innovation. Computer technology allows an interactivity that the page simply can't manage. One company to watch is Vook, which just launched in mid-2009.

Vook seeks to take good-quality books and high-quality video and merge them into a unified experience -- cookbooks that include short videos of techniques, for example, or a novel with brief filmed sections. Its catalog is small so far, but its prices are reasonable and its product is avaliable for both Web and mobile devices.

Right now, most e-publishing can be dismissed as the modern version of vanity publishing: the last resort of losers who couldn't make it onto the midlist of a big house. Galassi and his ilk have to be worried that e-publishing will soon be dominated by companies like Open Road Integrated Media and Tina Brown's newly announced Beast Books -- outfits run not by wannabes, but by hard-charging, well-connected, well-capitalized media professionals who have a feel for the digital world and how they might wring profits from it.

Publishing has been here before. A literary agent recently told my local writer's association that she remembers when the mass-market paperback really took off. People were running around like it was the end of the world -- who would ever buy a hardcover again? Instead, the market grew. More people were able to buy in. Profits were made. And the world kept on spinning.