Winner: The Tao of Cajun eggs

This week's champ used to keep a stove just for lighting cigarettes, until he learned to incinerate breakfast, too 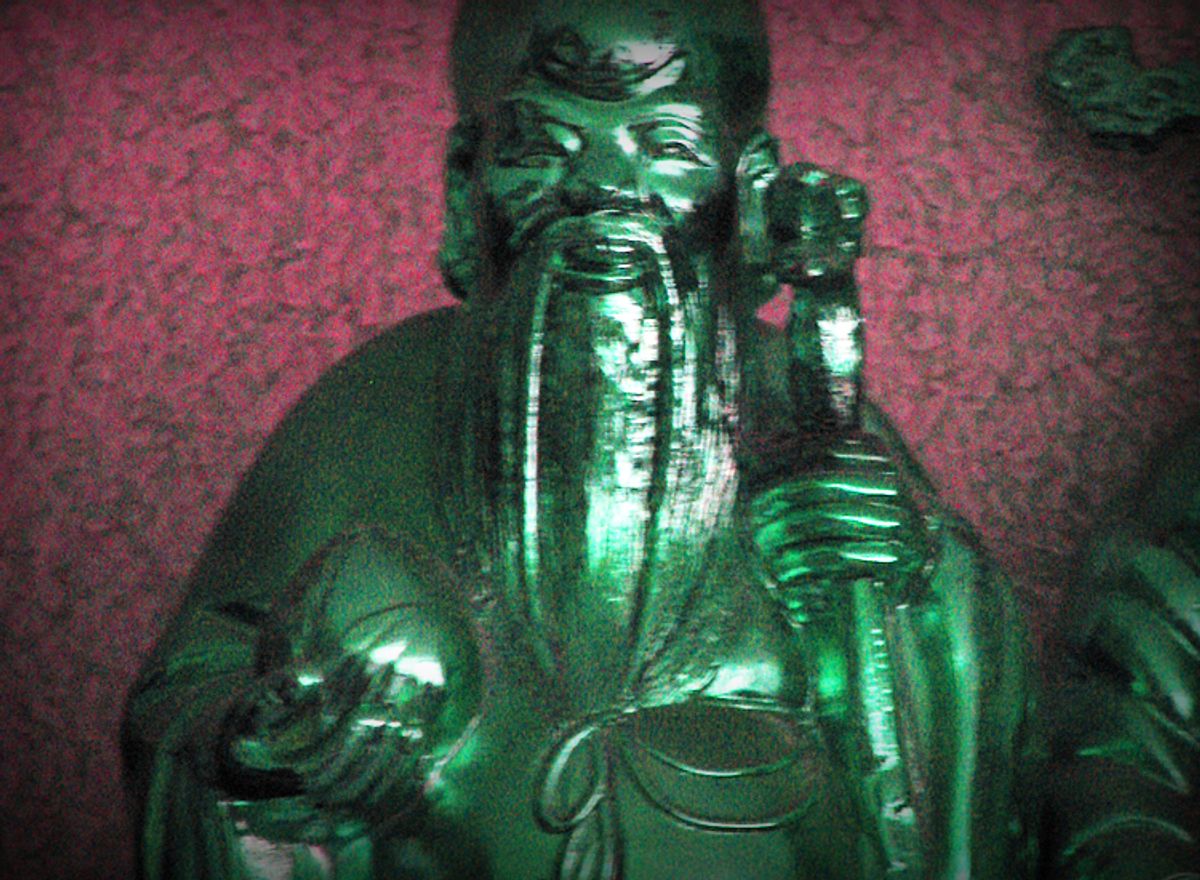 This winning entry for the Salon Kitchen Challenge -- in which we asked readers to relive their first cooking memories -- comes to us courtesy of Max Lindenman. Check out this week's Challenge here.

My mother, being a woman of high and inflexible principles, did not believe in food. Cooking would have meant collaborating in her own domestic enslavement. Eating out was bourgeois, frivolous and -- following her divorce -- too damned expensive anyway. Resorting to TV dinners or chain restaurants would have meant regressing to the ways of the working class whence she'd dragged herself by her astonishing talent and grit. She'd no sooner have surrendered a dime to the Colonel than shoplift a six-pack of Pabst Blue Ribbon and streak the nearest putt-putt golf course.

Like a pillar saint who subscribed to the New Yorker, she lived quite happily on three meals per day, each consisting of a cup of Yoplait and half a pita filled with a single leaf of lettuce and a single slice of havarti. Yet my own victualing was a puzzle she never quite managed to solve. When I proved immune to the lure of falafel, lamb dopiaz and the other specialties of our local ethnic holes-in-the wall, she began letting me purchase my own stores. My teen years flew by in a blaze of pizza.

It was not until after graduating college that I found myself entering that strange, downmarket neighborhood of the house called the kitchen to do anything besides light a cigarette off the stove. The place was mainland China, where I was teaching English. Cholera had descended on the city, leading police to close the restaurants most popular with Westerners. Rather than brave the more modest noodle and dumpling houses, which in general tone resembled the sort of barrio body shop that deals strictly in cash, I lived on peanuts, which were grown locally and sold for about 10 U.S. cents per pound. For variety, there was watermelon, tea and a type of dry biscuit whose name in English -- Fancy Smell -- appeared helpfully on the package beside an image of Shou Xing, the Chinese god of longevity.

I did not starve, but I did pine. For what, exactly, was hard to say. Having lived the four previous years in dorm rooms and apartments that reeked of cat litter and spilled bong water, the comforts of home had lost concrete meaning for me. I simply longed for familiarity -- days whose rhythms were unmarked by the crowing of roosters and the whine of microbuses rattling up unpaved roads. At the very least, I wanted to smell something besides rotting meat and the incense burned to cover it.

One day, I did. Waking up early to review the day's lessons, I reached for my cigarettes -- Wu Pai, at two renminbi per pack, nearly the cheapest on the market -- and found I'd smoked the last before turning in. As I sat in bed, debating whether to snipe any of the butts in the can or walk to the kiosk across the street, my nose caught a scent as earthy and cheering as a Christmas tree. It was an egg. A frying egg. A moment later, I picked up the sizzle and tracked it mentally to the apartment upstairs.

Suddenly a fried egg sounded like the rarest treat nature could offer. Whatever the risk, whatever the price, I had to have one.

As luck -- or Fate -- would have it, I had a half-dozen fresh eggs sitting in my icebox. How they got there I had no idea. Possibly some student had presented them to me as a sort of tribute, but more likely the school authorities had sent them over as part of a culinary survival kit. The rest fell into place like a chain of therapeutic insights. There, on the wall, was a wok -- black, as seen on TV. There, on the counter was a clear plastic container filled with cooking oil -- also black. I poured about a quarter-inch of oil in the wok and fired up the burner. When the oil began merrily to pop and hiss, I cracked my egg on the lip of the wok and watched as its contents slid to the bottom.

Within a minute, I had fried my first egg.

My creation looked nothing like any fried egg I'd ever seen before, either in nature or on a Denny's place mat. If anything, it resembled a photo of a Japanese soldier who'd been burned by an American flame thrower while defending Eniwetok. In outline, it looked as any egg should, with an areola of albumen flowering around a nipple of yolk. Yet both were dark brown -- almost black. Rescuing it from the wok with the spatula was suspiciously easy, as it held its shape without a single protesting quiver. Landing on the plate, it made an audible clink.

After waiting a minute for the sizzling to stop, I lifted it up by its corner and took a bite.

It was delicious. Against every expectation, it was delicious. The crispy crust turned out to be quite thin; inside, the white was white and the yolk yellow, and even a smidgen runny. Even the grease, sopped up and sealed in by the crust, tasted like comfort.

Drunk on my new sense of mastery, I sprinkled my egg with red chili powder: even better. Remembering a dish of blackened catfish I'd had shortly before leaving the States, I named my new concoction Cajun Eggs.

Though the cholera epidemic ended a week or two later, freeing us foreigners to enjoy the less threatening local specialties, I kept Cajun Eggs in rotation for as long as I stayed in China. Beyond the taste, I basked in the sense of exclusive ownership I felt over them. Unquestionably, Cajun Eggs were mine and mine alone. From time to time, I'd offer one to a friend or a guest; not even the most mannerly Chinese could suppress a grimace. It was at those moments when I first felt the pride, overwhelming yet serene, of an artist who knows he's ahead of his time.