A wakeup call for airport security

A box cutter won't bring down a plane but a bomb will. It's time for TSA to refocus its efforts 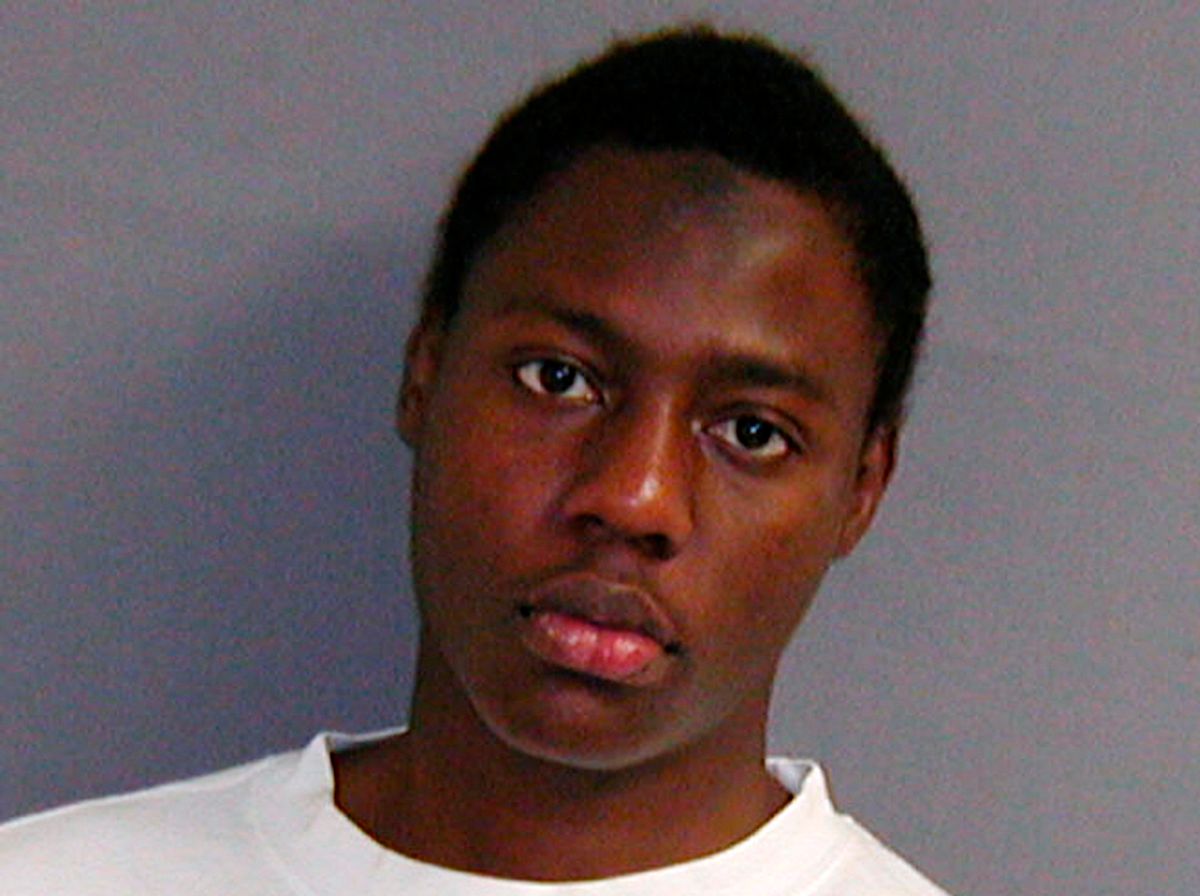 Umar Farouk Abdulmutallab is shown in this booking photograph released by the U.S. Marshals Service December 28, 2009. Abdulmutallab, 23, who was traveling with a valid U.S. visa although he was on a broad U.S. list of possible security threats, was overpowered by passengers and crew on the Northwest Airlines flight 253 from Amsterdam to Detroit on December 25 after setting alight an explosive device attached to his body. He was treated for burns and is in federal prison awaiting trial in the incident. REUTERS/US Marshals Service/Handout (UNITED STATES - Tags: CRIME LAW HEADSHOT CIVIL UNREST) FOR EDITORIAL USE ONLY. NOT FOR SALE FOR MARKETING OR ADVERTISING CAMPAIGNS (Reuters)
--

In 2001, after would-be "shoe bomber" Richard Reid tried to bring down an American Airlines 767 with an explosives-laden sneaker, we marveled at the resourcefulness of the terrorist mind. What would come next? The running joke, of course, was that somebody might try hiding a bomb in his or her underwear.

Had he managed to successfully ignite his incendiary undies, he could easily have killed himself and everybody else on board the Airbus A330 as it approached Detroit. Like Reid before him, he failed, but this extremely serious incident has raised extremely serious questions.

For example, how is it that our sworn protectors manage to spend tens of billions of dollars each year, yet failed to stop an extremist saboteur whose own father had contacted officials to alert them to his son's behavior and potential violence?

Well, it's partly because the government's list of known or suspected terrorists -- the Terrorist Identities Datamart Environment, or TIDE -- contains more than half a million names. Abdulmutallab himself had been added to this list, but at a certain point a database this vast and unwieldy does more harm than good.

And although he'd been added to TIDE, Abdulmutallab had not been placed on any active watch lists or the so-called no-fly list -- a failure of government intelligence sharing eerily reminiscent of the FBI-CIA disconnect that helped facilitate the 9/11 plot.

Here we are at a point where innocent preschoolers or entertainers (Cat Stevens) are denied boarding because of confusion over names, but somebody like Abdulmutallab steps onto a plane with no trouble. Our overzealous obsession with terrorism, together with bureaucratic bungling, has, predictably, bit us in the rear end.

Speaking of predictable, down on the front lines, our beleaguered Transportation Security Administration (TSA) rushed to action. The agency's first mandate was a nonsensical and short-lived requirement that all passengers on flights over U.S. soil remain seated for the final hour of flight, with no personal belongings (personal computers, etc.) in their laps or on tray tables. The thinking here was difficult to fathom. Presumably a bomber can only act while standing up? And presumably he would call off the attack if he had to detonate, say, 70 minutes from landing instead of 60, or out over the ocean? Funny, I remember Pan Am 103 exploding in the first hour of flight, not the last.

TSA got the point, thankfully, and the no-standing rule was quickly rescinded and left to the discretion of the captain.

Several days later TSA announced that persons traveling to the United States from at least 14 foreign countries would be subject to stricter screening procedures, including enhanced pat-downs and hand-luggage inspection.

"Profiling," this is called. Profiling is a difficult thing to orchestrate correctly, and as security experts will tell you, routine is weakness; as soon as a perpetrator knows what you're looking for, the system becomes easy to skirt. Maybe a traveler coming from Yemen or Saudi Arabia deserves some extra scrutiny, but there are nearly 200 countries in the world. What happens when the next attacker is from Malaysia, or France, or Canada? Richard Reid, I'll remind you, was a citizen of Britain.

Still, even the coarsest form of profiling is a better approach than TSA's current philosophy, in which each airline passenger -- of every race, gender, age group and nationality, from an infant child to a uniformed crew member -- is considered a potential suspect and held to the same screening standard. This has created a ponderous airport security apparatus charged with the impossible task of confiscating any weapon, real or perceived, from 2 million people every day. Just as a terrorist watch list containing 500,000 names becomes useless under its own weight, TSA's screening rules have become ultimately unenforceable.

Its reactionary policies in general are folly: The hijacker uses a box cutter; we ban box cutters. The bomber stands; we ban standing. And so on, in a childish, rock-paper-scissors version of national security.

Calling all artists: One thing TSA needs, I think, is a better logo and a snappy motto. Perhaps there's a graphic designer out there who can help with a new rendition of the agency's circular eagle-and-flag motif. I'm imagining a revised eagle, its talons clutching a box cutter and a toothpaste tube. It says "Transportation Security Administration" around the top. Below are the three simple words of the TSA mission statement: "Tedium, Weakness, Farce."

Seriously, though, I am optimistic that the Christmas Day incident will encourage TSA to revise some of its protocols and reevaluate the hierarchy of threat. As I've been saying and writing for eight years, and as Reid and Abdulmutallab have demonstrated, it's explosives, not box cutters or penknives, that are the most potent criminal threat to commercial aircraft.

Let's go back to Sept. 11, 2001, for a moment. Does anybody seriously believe that the success of those attacks relied on the ability to get box cutters through the X-ray machine? Could the hijackers not have fashioned a deadly knife from any of a thousand other objects or materials, from a broken bottle to a ballpoint pen? Of course. The attacks had nothing to do with airport security, and everything to do with the element of surprise. What the hijackers exploited was not a weakness in security, but rather a weakness in our mind-set. That is, our understanding and expectations of hijackings at the time. All of that is changed now, and today a box cutter is all but a useless weapon.

What's not a useless weapon, however, is a bomb. And just as the hijack paradigm has changed, our approach to airport security needs to change as well.

Much to its credit, TSA already does an excellent job backstage, as it were, with comprehensive explosives scanning of checked luggage. Concourse guards too are trained to inspect carry-on bags for deadly materials and devices. Even Kip Hawley, TSA's recently departed chief, openly acknowledged the need to refocus efforts on bombs. All good, but TSA needs to do more, and it can start by backing away from its wasteful preoccupation with pointy objects, reallocating staff and resources.

Where this might take us, though, is controversial. There is talk about the widespread deployment of full body scanners -- machines that see through clothing -- which segues into the not insignificant matters of privacy and civil liberties.

It's also true that no matter how rigorous our screening might be, we'll never be completely safe. I hate to say it, but eventually there will be a bombing. And when it comes we will scold and flagellate ourselves over what we take to be a failure to protect ourselves. But perhaps this is unfair, because the painful truth is, there will always be a way for a determined enough adversary to bypass whatever safeguards we have in place. This has been the reality when it comes to knives, and it's the reality for hardcore explosives as well. There are no methods or technology, existing or emerging, that can root out every conceivable explosive, only a few ounces of which are needed to destroy a plane. We can improve our odds, but we cannot, ever, erase the threat entirely. There is a level of risk we need to acknowledge, and live with.

Neither is it any TSA screener's responsibility to thwart terror plots. That job belongs to the CIA, FBI, Interpol and other law enforcement entities, and not to a concourse guard making $15 an hour. As we saw over Christmas, these entities have their own problems to work out, but they, not TSA, are responsible for the grunt work of keeping terrorists away from planes. TSA exists as a last line of defense, and indeed its methods ought to be thorough. But unfortunately, if a perpetrator has made it all the way to the airport, chances are that he or she knows how to beat the system.

Meanwhile I am repeatedly asked why America cannot adopt an airport security system like that of the Israelis, who are known for tight and effective security that, in stark contrast to our own, is not bogged down in petty fixations with pointy things and miniature shampoo bottles. The Israelis are masters of profiling, using a wide range of data points, from national origin to speech patterns, for every passenger.

As I wrote in a column three years ago after a trip to the Middle East, the answer is pretty simple: Israel is a tiny country with a single large airport -- Tel Aviv's Ben Gurion International. America has hundreds of commercial airports, including several of the world's busiest. Applying Israel's techniques to a theater as vast and bustling as ours would be an immense logistical challenge, and exorbitantly expensive to boot.

Not that we can't, or shouldn't, adopt certain aspects of the Israeli expertise.

And lastly, a technical note. If Umar Farouk Abdulmutallab had not failed, and had his diaper bomb exploded, would the plane have crashed? This was a question raised in a piece on Slate  on Dec. 29.

The answer is maybe. A bomb destroys a plane not by igniting the fuel tanks, but by violently rupturing the pressurized fuselage. Even if the rupture is relatively small, the entire plane can be ripped apart in literally just a few seconds by the resultant forces. This is what happened with Pan Am 103 and the UTA bombing back in the 1980s, among others. Any fuel tank explosions were just a byproduct of the in-flight breakup.

Abdulmutallab was carrying approximately 80 grams of the chemical PETN. That was more than enough to blow a hole in the A330's fuselage, but whether the plane would have crashed isn't clear. The precise dynamics of an explosive decompression will differ, depending mainly on the aircraft's altitude (i.e., the level of pressurization), speed and the specific location and size of any breach. (The luggage bomb that brought down Pan Am 103 initially created a 15-foot, star-shaped hole.)

There have been several instances of safe landings made after an in-flight explosion tore through the fuselage, including that of TWA Flight 840 in 1986.