The former Tennessee congressman is considering running for Senate from New York because -- why not? 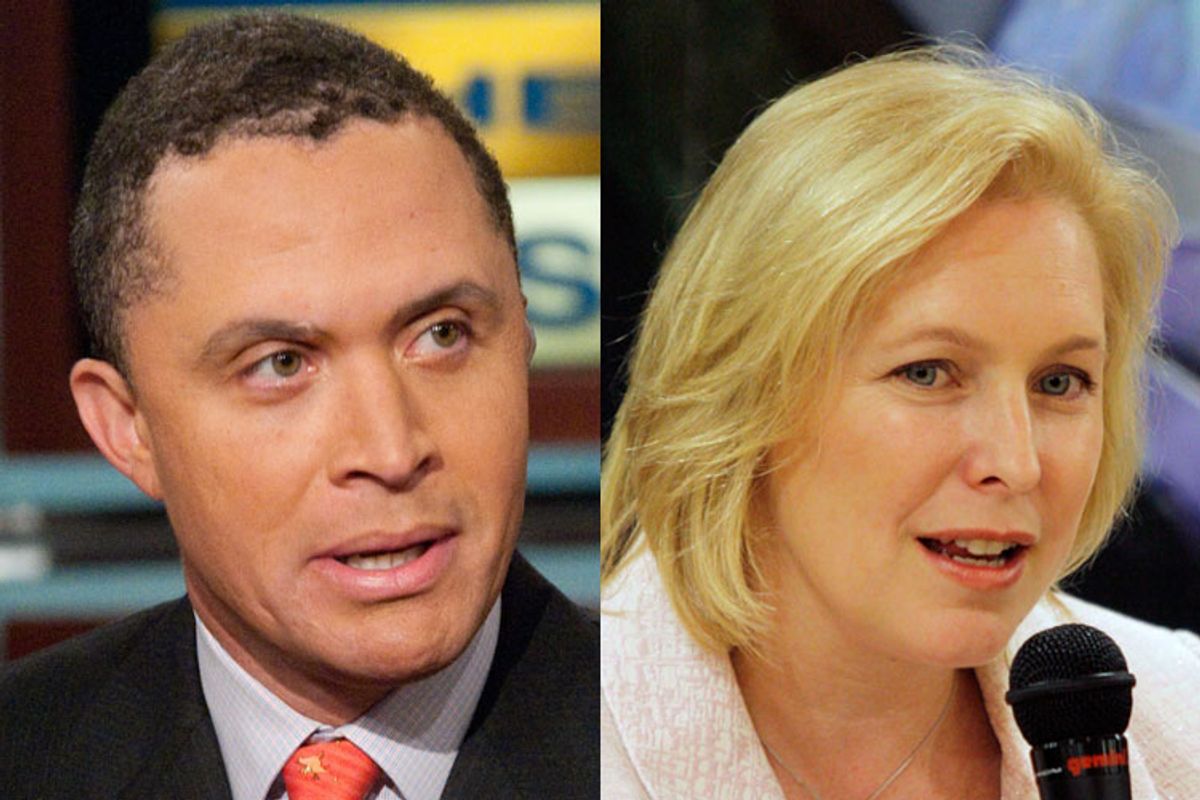 Some politicians, you can tell, just want it too badly. John Edwards, for one, has often betrayed that kind of impatient ambition. Another character in this mold is Harold Ford, Jr. The former Tennessee congressman and Democratic Senate candidate has always seemed just a little too hungry.

That feeling won't exactly be allayed by the news that he’s seriously considering running again for U.S. Senate -- this time, in New York, where he now lives. The New York Times reports that appointed Democratic Senator Kirsten Gillibrand "has yet to win over key constituencies," leaving an opening for a primary challenge. Ford, who is close to major Democratic financiers like Steve Rattner, is considering trying to capitalize on this opportunity.

New Yorkers, the Times points out, have been amenable in the past to voting for recent transplants. But it’s hard to imagine Ford following in the footsteps of Bobby Kennedy and Hillary Clinton. First of all, Gillibrand herself was considered an excessively conservative pick, and has spent the last year running leftward to forestall a primary challenge. She’s flipped her positions on gay marriage and immigration. In other words, if she’s vulnerable anywhere, it’s on her left. That’s what the Times means when it says she’s having trouble nailing down key constituencies.

Ford, on the other hand, last ran for office in Tennessee, four years ago. His campaign was characterized mainly by ostentatious Blue Dog gestures like pretending that he didn’t know what the word “cerebral” meant, and shooting an ad in the pews of a church (Script: "I voted for the PATRIOT Act, $5 trillion in defense, and against amnesty for illegals.") Simply put, this guy is going to have a really hard time getting to Gillibrand’s left in time to win a Democratic primary in one of the most liberal states in the country.

And that’s to say nothing of what he’s been doing since he lost his Senate bid in 2006. Ford took up the chairmanship of the Democratic Leadership Council, the group made famous in the 1990s for fueling Bill Clinton’s centrist challenge to the party’s liberal interest groups. Since about 2003, however, the DLC’s name has been mud with Democratic primary voters, as the group almost invariably urged the party to accommodate then-President Bush’s proposals. After leaving Tennessee, Ford also started work as a vice chairman at Merrill Lynch. That will surely go over well.

Still, there's something a little tragic about Ford. A congressman’s son, he went to Washington’s ultra-prestigious St. Albans for school, and was obviously groomed for power; he did a radio spot for one of his dad’s campaigns, demanding better schools, better housing and "lower cookie prices." Once he was grown, he was hailed as the up-and-comer to watch. He was elected to Congress at age 26. As a young, handsome centrist Democrat who was considered electable statewide and gave the keynote at the 2000 Democratic convention, he was the best bet for the first black president up until about five years ago. People magazine even named him one of its sexiest men of the year. Now it just seems the nicest thing anyone could do for Ford is tell him when to call it a day.