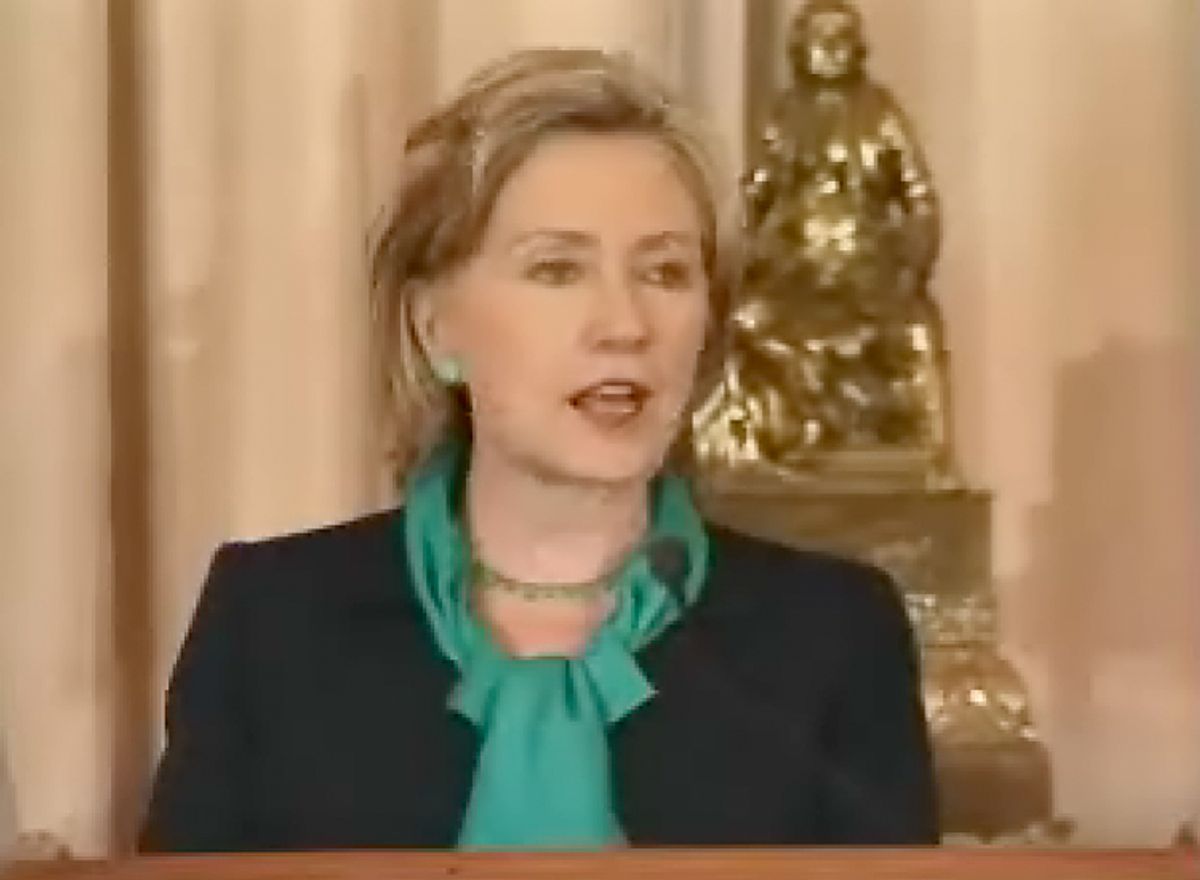 Maybe you're feeling apathetic toward the plight of the world's women, or perhaps you're suffering from an acute case of Feminist Outrage Fatigue™. Well, you will be slapped right out of that stupor by Secretary of State Hillary Clinton's speech Friday commemorating the 15th anniversary of the International Conference on Population and Development (ICPD). She dished out familiar rhetoric -- like her famous line, "women's rights are human rights" -- but also dropped some cold, hard facts on our privileged first-world asses.

In a depressing nutshell: "One woman dies every minute of every day in pregnancy or childbirth" and, "for every woman who dies, another 20 suffer from injury, infection or disease every minute." Add to that the fact that "20 million unsafe abortions" occur every year, millions of women die annually from preventable sexually transmitted diseases and millions of lives are destroyed by fistula, which is often "the result of pregnancies that occur when a girl is too young." And then there's this whopping statistic, which even Clinton had to repeat for emphasis and clarity: "Seventy million -- that's sev-en-ty million -- women and girls worldwide have been subjected to female genital cutting," which can lead to life-threatening infections and complications while giving birth.

That isn't to say that we haven't made any progress in the past 15 years, because we have. Contraceptive use, access to neonatal care, childhood survival rates and the number of girls enrolled in schools worldwide have all increased -- but, she said, "vast inequities remain." For this reason, she announced that the United States has renewed the commitment it made at the first-ever ICPD. "Investing in the potential of women and girls is the smartest investment we can make," she said. "It is connected to any problem on anyone's mind in the world today."

Clinton gets outrage fatigue, she understands better than most anyone that "sometimes it can seem a little bit hard to take," but she pleaded: "Please stay with us and let's try to create institutional and structural change that does not get swept away when the political winds change." Stay tuned for an update with a video of the speech as soon as it's available.