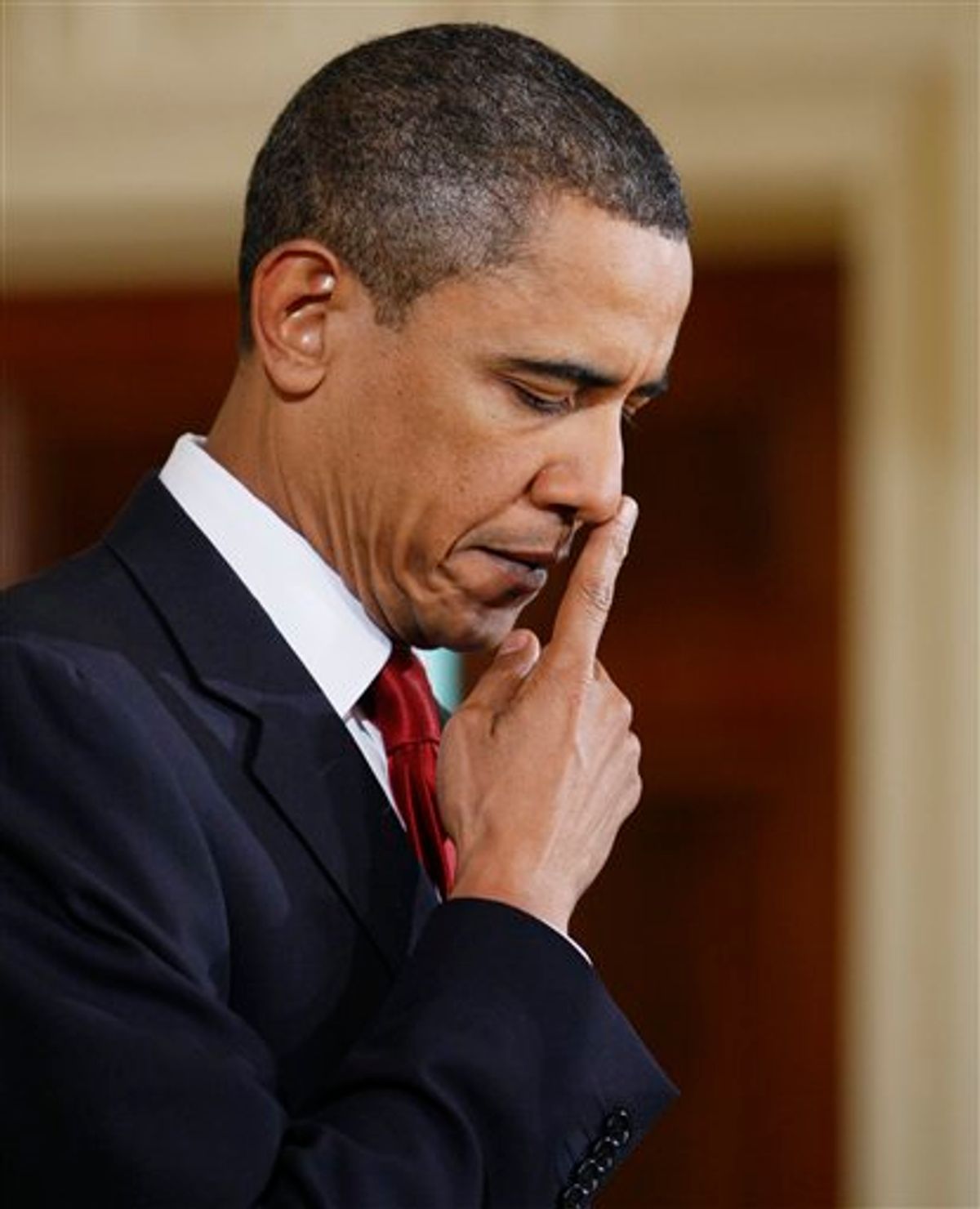 President Barack Obama pauses in the East Room of the White House in Washington, Wednesday, Jan. 6, 2010, during a ceremony honoring teachers who received awards received for excellence in mathematics and science teaching and mentoring during an "Educate to Innovate" event for excellence in Science, Technology, Engineering and Math (STEM) education. (AP Photo/Charles Dharapak) (AP)
--

Give Dean Baker a prize. On Thursday, the economist/mainstream press gadfly scoffed at the consensus expectation predicting the U.S. government's December nonfarm labor report would show negligible job losses or even job growth. He was correct: According to the Bureau of Labor Statistics, on a seasonally adjusted basis the U.S. economy lost 85,000 jobs in December, which was not what the markets were expecting or the Obama administration was hoping for.

The unemployment rate stayed even at 10.0 percent, and many other aspects of the report were relatively unchanged from November, but the number that jumps out is a drop in construction employment of 53,000 in December, which is surely a reflection of the ongoing collapse in the commercial real estate sector, along with the moribund new residential home market. Manufacturing employment also fell by 27,000. Temp hiring, which some labor market watchers watch closely for future trends, rose significantly, by 43,000

One odd piece of news, which I'm sure will be chewed over by analysts all day long. The change in total nonfarm payroll employment for November was revised up, to a net gain of 4000.