Scenes from a codfish klatch

Sure, everyone claims their mom is the greatest cook. But there's only one person you have to take seriously 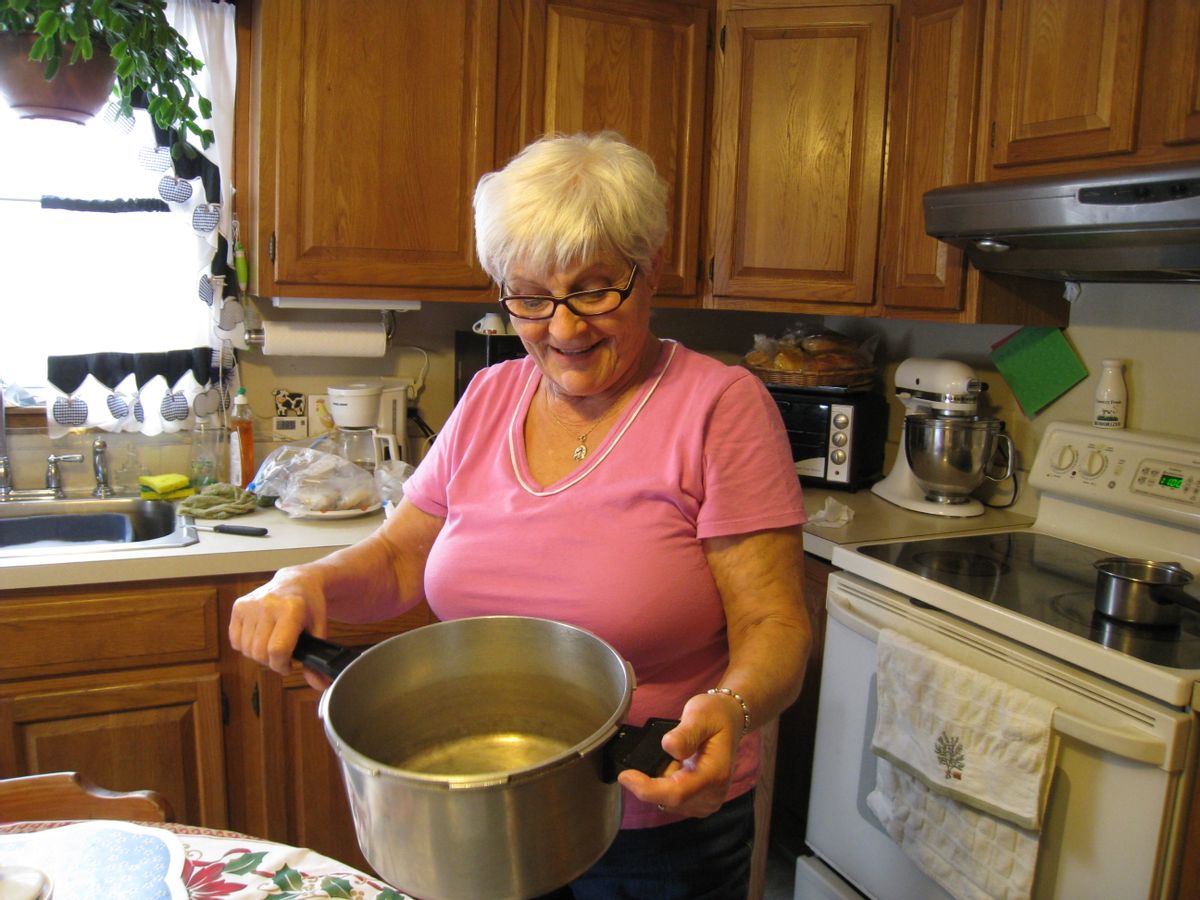 Considering that the food we grow up with is usually the food that makes us happiest, "My mother's a great cook" is often a dubious claim. No offense to all the mother-cooks out there, great or otherwise, but it's just that your children aren't the most objective sources on the subject. But you do have to take that claim seriously when your special lady friend says it, gently suggesting that perhaps you might learn to make her childhood favorites at her mother's elbow.

It was our first Christmas together when I met Christine's extended New England Portuguese family, the kind often having to remind people that Portugal and Puerto Rico are two different places. They brought out the octopus, and whispered to one another: "Will he eat it? Will it scare him?"

"Octopus?" I replied. "I'm Chinese. My people will eat the thing that eats the octopus." They liked that.

But it wasn't the octopus Christine was after. "You know," she said to me, pointing to the snack table. "Cod cakes are like the most definitive Portuguese food. Everyone loves my mother's cod cakes. Whenever there's a party, they ask my mom to make her cod cakes."

"They're really my favorite," she said.

"You should learn to make them."

Which is how I came to be in her mother's kitchen with a pen, notebook, laptop, camera and scale. Happily, Céu is a wonderful cook, the kind with a garden outside her kitchen window, a taste for the rustic foods she grew up with in Portugal, and an emotional connection to her pressure cooker, literally coming apart after 38 years of use. She's the old-world grandmother I never had. (My own old-world grandmother is, to be fair, also a good cook, but not so good that her fried rice can overshadow her emotional abusiveness.)

There is, of course, a certain danger when learning to make a dish so ingrained in someone's instinct, a little like asking someone to explain in words how to tie shoelaces. When I asked, for instance, how much dried salt cod it takes to make a pound soaked, Céu gave me a sheepish grin. "I'm do everything by heart," she said. And then chiding herself, "That's no help nobody." She tried, though, sweetly reverse-engineering the soaked filets into the shape of the dried fish, guessing and subtracting the missing parts, calculating in her head. It felt a little bit like the part in "The Hitchhiker's Guide to the Galaxy," when the supercomputer finally finds the meaning of life, and the answer is ... 42.

But when in the kitchen of people who might one day be family, it's not really going to be about how much parsley you mix into the potatoes. Christine sat with us, chatting with her mother about her sister and her brilliant peanut of a niece. She pointed out, with happiness, how she remembers being a girl at this table, watching her mother mince onions without a cutting board -- holding it in one hand, chopping at it with a knife, and then shaving the bits off into a bowl.

An old friend came to visit, offering a plate of cookies and wanting to take in the lesson. "Céu!" she said. "You look the same!"

Céu let loose with her smile, the kind that makes children immediately love her. "Not younger?" she asked, motioning toward her bright silver hair.

And for the next few hours, we were a codfish klatch, sharing the kind of intimate gossip that transcends gossip with its honest sympathy. In between talk of how the family used to drive two hours to shop at a Portuguese market where they saved a dollar on olive oil, we picked out bones and ground up fish and mixed it into potatoes -- ever so lightly, lifting with a pinching motion. We talked about who's sick, who's got kids, who's died. "That's life," Céu said. "I just hope everything is OK for everybody." We formed balls and fried them to a light crisp, fluffy and chewy. We ate, tasting the satisfying flavors of potatoes and fish, laughing about how Céu used to trick her daughters into eating more soup by putting it in bigger bowls. "That no work for Christine, though," she said, giving her a sly smile. "She got too smart for that."

We cleaned, the cookies stayed, and we kissed each other goodbye.

Later, while transcribing my notes, I shook my head. "Babe, I can't believe I forgot to ask your mom where she learned to make cod cakes," I said to Christine.

"What are you talking about?" she asked.

"Where did she learn to make her cod cakes?" I said again, not knowing how to phrase it more clearly.

"The making of these cakes is her birthright," she said. "Portuguese people don't learn how to make cod. It's transmitted genetically."

"Then why don't you know how to make it?"

She looked at me, with my pages of notes. She smiled.

"I got too smart for that."