Why do we listen to Rudy? 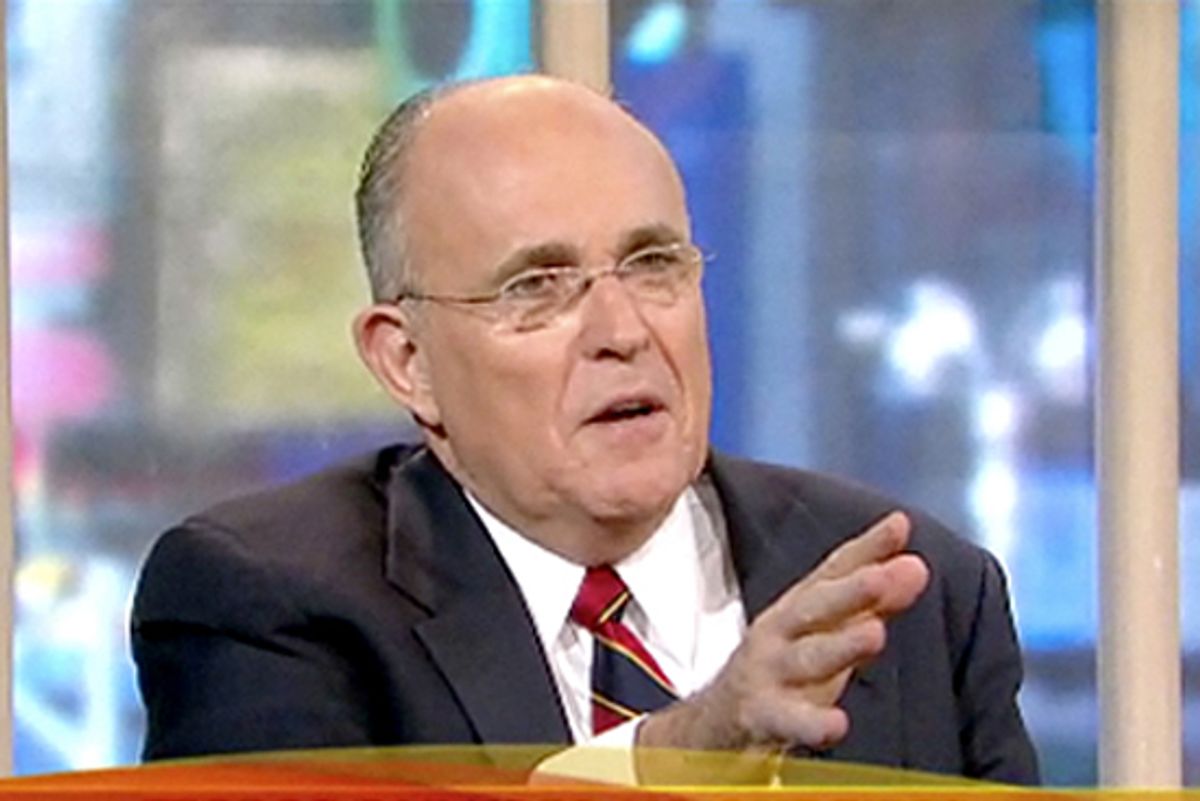 Why does the mainstream news establishment continue to present Rudolph “9/11” Giuliani as a leading expert on terrorism and national security? Rather than scrupulous analysis or fresh insight, he offers hyper-partisan spin, unburdened by basic facts or even a working memory. On "Good Morning America," the former New York City mayor sought to draw an unflattering comparison between President Obama and his predecessor with an outlandish claim.

“We had no domestic terror attacks under Bush. We’ve had one under Obama.” This is now the Republican propaganda line, insulting to any American of normal intelligence, which only omits the largest terrorist attack ever on American soil – and the event that restored Giuliani’s fortunes and allowed him to mount an ill-fated presidential campaign in 2008. (Sometimes he forgets shoe bomber Richard Reid, and sometimes he pretends that the Reid attempt occurred before 9/11.)

In the immediate aftermath of 9/11, lionizing Giuliani was understandable and even plausible. When his record is examined more closely and unemotionally, however, as the 9/11 Commission and investigative journalist Wayne Barrett both discovered, he committed one error after another as mayor that made matters far worse when the twin towers fell. His judgment on locating the emergency operations center (in the World Trade Center, where terrorists had struck before) and his failure to improve the communications systems of the police and fire departments were both disastrous.

But even if those issues have never penetrated the public consciousness, it is still obvious that Giuliani was responsible for a serious menace to national security, which fortunately was derailed before it could do any real damage: the nomination of Bernard Kerik as secretary of Homeland Security. Consider the security implications of a Cabinet member with ties to organized crime, an outstanding arrest warrant in his home state, and all the other myriad defects of Giuliani’s corrupt former police commissioner -- whom he promoted because of loyalty instead of qualifications or competence.

Maybe Rudy is trying to forget Bernie, but he is worth remembering whenever you see Giuliani on television. As a reminder, Bernie’s security company, the Kerik Group, which will presumably fold while he does time, maintains a wonderfully nostalgic slide show on its Web site.