A recipe from the old-world grandmother I never had 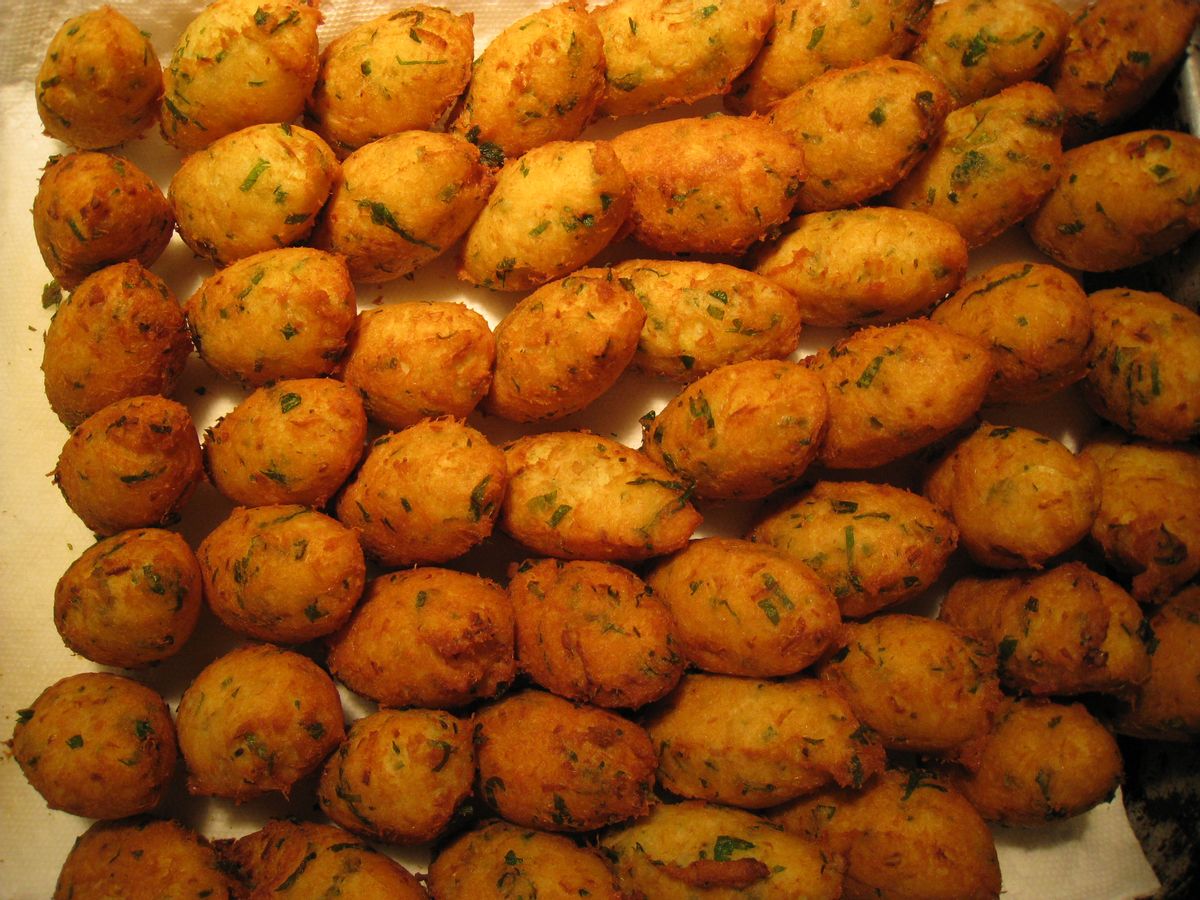 So there's this cliché about the Portuguese that they're a maudlin lot. Melancholy is, apparently, the defining aspect of their culture, like all they do is lie around singing heartbreaking fado songs and lamenting Prince Henry the Navigator. I submit Christine and Céu as evidence to the contrary, but I guess that still doesn't explain why half the Portuguese cookbooks I come across start by apologizing for the fact that you're about to make salt cod with potatoes. Hey, cod and potatoes are good! At least 364 versions worth of good, if not the full 365 the Portuguese claim.

Anyway, here is version No. 1: Céu's cod fritters, the pride of Waterbury, Conn. Unfortunate versions abound, but Céu's are fluffy and pleasingly chewy with bits of cod, encased in a slight crunch, tasting satisfyingly of potatoes and fish. To be honest, I learned to make my lady friend's mother's specialty to keep my home life happy, but I'm glad to share them with you. And may they make your day a little less maudlin.

Makes 5 dozen. Yes, that's a lot if you don't have a big Portuguese family coming over for Christmas. But they reheat well in the oven.