Box office report: It's all about "Avatar" 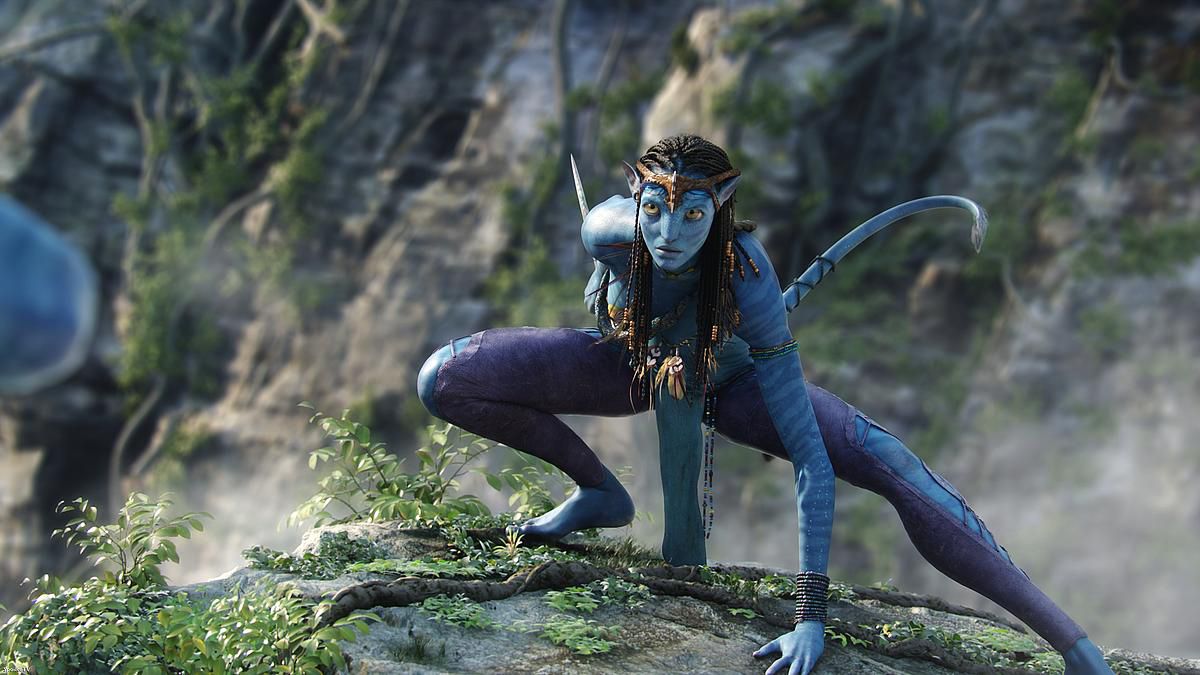 This is almost getting boring. Yes, "Avatar" grossed $48 million this weekend, crushing the fourth-weekend record ("Spider-Man" and "Titanic" both grossed $28 million in their fourth weekends). Yes, it dropped a mere 29 percent in its first non-holiday weekend. Yes, it's now at $429 million, the seventh-biggest domestic grosser of all time in just under a month. And no, it probably won't be slowing down as next weekend is another holiday weekend, so we can expect to see another sub-30 percent drop. By the end of Martin Luther King day weekend, it'll likely surpass "Star Wars Episode One: The Phantom Menace" ($431 million), "ET: The Extra Terrestrial," "Shrek 2" ($441 million) and "Star Wars" ($461 million) to become the third-biggest domestic grosser of all time. So at this point, the only questions remaining are whether it can surpass the $533 million gross of "The Dark Knight" (probably) and the $600 million gross of Titanic (possibly, especially if Oscar smiles accordingly). With $1.33 billion in the worldwide bank, it is just over $500 million away from breaking "Titanic's" seemingly unsinkable $1.8 billion record. You can babble on about inflation all you want, but at the rate this thing is going, it could very well break both of "Titanic's" records and just keep on going. Because, I've never ever seen legs and constancy like this, not since "Titanic."  Whichever movie eventually takes "Avatar" out of the top spot will likely become the answer to a trivia question, just like "Lost in Space."

And it probably will keep its top-ranking next weekend too, as Denzel Washington has only one opening above $28 million ("Inside Man"). The $43.5 million debut of "American Gangster" had the benefit of a Russell Crowe team-up and terrific advance reviews. Denzel Washington may be the most consistent opening weekend draw in the business, but that consistency is usually around $20-25 million. With absolutely no advance word of mouth, no helpful co-stars, and a trailer that has been getting unintentional laughs in theaters for months now (as my wife likes to say when she sees the posters, "Who runs Barter Town? Gary Oldman runs Barter Town!"), "The Book of Eli" isn't going to have the stuff to take out our favorite blue warriors. Had Peter Jackson's "The Lovely Bones" been opening fresh, it might have had a chance (popular director, beloved novel, notable cast, etc). But it's opening wide after a month of lousy reviews and mediocre limited-release business (it has yet to reach $500,000 on its three screens). Point being, James Cameron's sci-fi epic will likely remain number one for six weeks, only possibly falling on the 29th of January to Mel Gibson's "Edge of Darkness."

Meanwhile, in the regular, predictable world of box office, "Sherlock Holmes" dropped 54 percent for a $16.6 million third weekend and a $165 million total (it's at $251 million worldwide). As I've said earlier, this thing only cost about $100 million, so if Warner Bros can keep the sequel at a similar price tag, and bag a major star to play the oh-so-subtly hinted-at next villain, there's no reason this can't be a franchise. Oddly enough, since the movie isn't nearly as slam-bang action-ish as the trailers make it seem, and the pacing is relatively leisurely, I'd imagine that this is one blockbuster that will actually play better on DVD or television.  "Alvin and the Chipmunks 2" (I'm tired of looking up how to spell the unique suffix) grossed another $16.3 million. Its new total is $177 million, and I don't want to talk about it anymore. Of note, both of the above films entered the all-time top-10 list for films that were never number one at the weekend box office.

Now we get to our first of three new openers. The Lionsgate vampire drama "Daybreakers" opened to a solid $15 million. The reviews were pretty good, and the geek love had been building since Comic-Con. Sure, Screen Gems might have gotten this one to $20 million, but they also would have likely cut the film to a PG-13. At a cost of just $20 million, this will be a major long-term profit maker. In another of Lionsgate's occasional two-weekend whammies, they'll be opening Jackie Chan's "The Spy Next Door" next weekend. The PG-rated "Pacifier" rip-off will also not be challenging "Avatar's" reign. "It's Complicated" was in fifth place, dropping 41% for a new total of $76 million. Since it does not face any real demo competition until "Valentine's Day" on February 12th, the Nancy Myers dramedy probably won't need Oscar nominations to get to $100 million.

Our next opener is "Leap Year," which pulled in $9.9 million. The critically-savaged romantic comedy was about 50 percent behind "Bride Wars" on the same weekend last year, but Anne Hathaway and Kate Hudson are both bigger stars than critical-darling Amy Adams, and the latter film had a simple premise that could be stated in two sentences on a poster. For a film that depended entirely on Adams to sell it, this opening isn't half-bad. The $19 million film should reach at least $25 million before finding a second life on DVD. The unstoppable "The Blind Side" dropped 34%, bringing its new total to $219 million. It's already becoming the biggest-grossing 'based on a true story' movie of all time (not counting the historically debatable "Passion of the Christ"), and it's easily Sandra Bullock's biggest movie ever in the United States. As for the boasting this week that the film was the highest grossing film ever top-lined by a woman, they were forgetting "My Big Fat Greek Wedding" and the Helen Hunt/Bill Paxton tornado epic "Twister" (both $241 million). But give it a few more weeks, especially if Bullock gets the expected Best Actress Oscar nomination.

"Up in the Air" dropped 33 percent despite expanding by 323 theaters. Still, weep not for this presumptive Oscar front-runner, the George Clooney drama has grossed $54 million, more than "Michael Clayton" ($49 million), and "Syriana" ($50 million). By the end of next weekend, it will have surpassed "Burn After Reading" ($60.3 million) and "Three Kings" ($60.6 million) to become the top-grossing Clooney film not involving Vegas heists, caped crusaders, or giant CGI waves. The Michael Cera comedy "Youth In Revolt" is our last new opener. Like so many recent Weinstein Co. films, this one had a severely delayed release and limited funds for advertising and prints (it was only on 1,873 screens). Still, $7 million isn't a complete wash for the $18 million picture. Still, with Jesse Eisenberg nipping at his heels, Cera needs a major hit within the next year or two. Alas, the top ten ends with "The Princess and the Frog," the fantastic 2D Disney cartoon that now sits at just $92 million. It will get to $100 million the hard way, but it was crippled by a botched two-screen Thanksgiving weekend release which caused all of the media coverage to occur during a two-week period when no one could actually see the film. By the time it went wide on December 11, everyone was talking about "Avatar."

Sadly, the most interesting limited release opener, Tim Allen's semi-autobiographical "Crazy on the Outside," tanked -- earning just $75,000 on 75 screens (guilty as charged, I didn't see it either this weekend).  "Twilight Saga: New Moon" crossed the $290 million mark and will now slowly, desperately try to crawl to $300 million. If there was still a viable second-run theater market in this country, it'd be an easy feat. Now, not so much. Below the top 10 are a flurry of awards-bait movies that are simply trying to stay alive until the Oscar nominations at month's-end. Clint Eastwood's "Invictus" is at $33 million, and would love to cross $40 million by the time the nominations are announced (not likely). "Crazy Heart" expanded to 33 theaters and crossed $1 million. "Nine" continues to tank, as the so-bad-that-Rob Marshall-might-get-fired-from-'Pirates of the Caribbean 4'" $80 million musical sits at just $18 million.  "A Single Man" crossed the $2 million mark and "The Young Victoria" now sits at $4.5 million.

As noted above, next weekend is the four-day weekend Martin Luther King Day holiday. Opening are "The Spy Next Door," "The Book of Eli," and the wide release of "The Lovely Bones." The British drama "Fish Tank" opens from IFC Films on two screens, but you can probably already catch it on-demand if your cable provider allows it.