Some predict that the 2010s will belong to curries, chutney and naan -- but our expert thinks otherwise 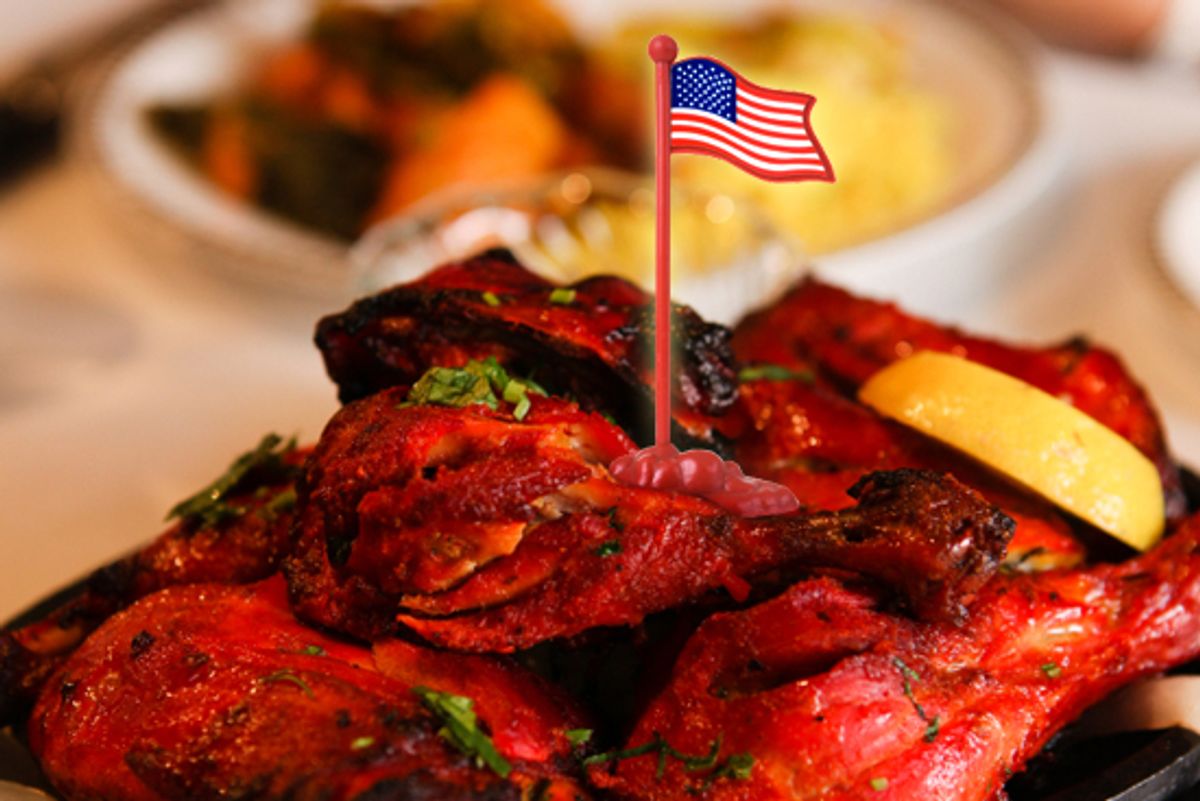 Every decade seems to have its own ethnic food trend. In the '80s it was Japanese food. In the '90s it was Thai. This past decade saw the hipsterization of the taco truck. But what comes next? Cambodian? Guatemalan? Yemeni?

If a recent prediction is to be believed, it’s Indian food -- with its spicy sauces, colorful rice and delicious naans -- that’s slated to be America’s next big ethnic food star. Among the evidence: a Chicago entrepreneur who’s planning a Chipotle-style Indian food franchise targeting "Main Street America," the increasing spice-friendliness of the American palate, and the growing cosmopolitanism of big-city eaters. Being somewhat, err, skeptical, we decided to run this trend past Krishnendu Ray, an assistant professor of nutrition and food studies at New York University and an expert on the succession of American ethnic foods.

Salon spoke to Ray over the phone about Indian food’s long march to popularity, the most America-ready Indian dishes -- and why some ethnic foods just can’t get any respect.

First of all: Is Indian food really going to the “next big thing” in American food?

But why will it take so long for Indian food to reach that level of popularity?

If you look at Italian immigration to the U.S., it mostly began in the 1880s and Italian American food started climbing up in prestige in the 1980s, about 100 years later. But Indian immigration also has to continue up to certain a point. There are about 2.7 million Indians in the U.S. -- about half a million in New York City -- and the culture won’t be able to insinuate itself into everyday culture until it’s in the range of 20 million people. Indians have to be partly as ubiquitous as Italians.

When immigrants come into the country in large numbers, their food first becomes visible in the ghettos, then outside of the ghetto, but they don’t become popular to the larger non-insider audience until almost two generations later when the ghetto has disappeared. Also, the more Indians come into the country, the more Indians will get into the restaurant business (currently many Indian restaurants are run by non-Indians, like Bangladeshis).

If population is what matters, shouldn’t Mexican food be the new Italian food?

If just numbers mattered Mexican food should be both ubiquitous and prestigious in America -- but it’s very difficult for it to establish prestige in the U.S. because a substantial number of Mexican immigrants are poor. For Indian food to reach that kind of ubiquity, those 20 million Indians can’t just be poor, because then you might have popularity but not prestige.

How can you figure out how "prestigious" a food is?

I can take Zagat’s metric of average price for a meal, and add all that up for each identifiable cohort. You see Mexican restaurants falling in the bottom cluster. What’s quite remarkable is that Japanese is the most expensive type of restaurant in New York City, which is very unusual. One person also quoted in the Associated Press article, Andrew F. Smith, editor of the Oxford Encyclopedia of Food and Drink of America, who does terrific work, says that Indian food is soon going to be like Japanese food was in the '80s. But Japanese popularity comes from a different source. There are few Japanese people in the U.S. – which makes it a foreign food, not an ethnic food.

What’s the difference between foreign and ethnic food?

Where do other types of food fall into the prestige rankings?

I want to point out that I’m not judging these foods when I say they’re less prestigious -- it’s a measure -- but Mexican, Tex-Mex and soul food falls in the bottom of the rankings. Indian food falls in the middle cluster with Greek, Spanish and Vietnamese. Indian food is in the middle partly because of this bifurcated nature of Indian immigration.

But don’t some foods become trendy because they get taken up by hipsters?

Sometimes, precisely because a kind of food isn't cool in the mainstream it will become cool in hipster subcultural groups. Something that’s perceived as inferior can break through to the top. That’s very interesting to watch -- because that’s happening with Vietnamese and Latin-American food.

We try to dismiss fashion, but in a city as omnivorous as New York and in American big-city culture, we acquire cultural capital by going slightly against the norm. In New York, for example, you saw that with bloggers really playing up the Red Hook food vendors.

Do you think blogs and the democratization of food writing are going to change the way certain ethnic foods become popular?

Yes, I think they will. This is the great thing about American culture -- especially with the new media. The new media is much more democratic, and it gives these people, called consecrators, an audience. People have always trumpeted rare ethnic foods but now they have a byline. I think this democratization will probably lead to an increased focus on regional food, like Bengali food, as opposed to broader Indian food.

Do you think there’s any specific kind of food that you think is poised to become a signature dish for Indian food in America? Like tacos for Mexican food?

There are a few contenders. There’s a restaurant called Aamchi Pao in New York’s West Village that interprets a dish called vada pao as sliders on a bun. Then there are wraps, like rotis and naans, and chaats. They’re portable foods and they don’t take a lot of skill to make.

Will Indian restaurants need to Americanize their food in order to make it achieve widespread popularity?

The format of vada pao, for example, is already in some ways very Americanized. It’s already finger food, on-the-run food. These are idioms that Americans understand. But the food can’t be over-Americanized, or it will lose that cutting-edge element. Indian restaurants want to build bridges to Americans but they always want to build barriers.

Do you think the spiciness will have to be decreased?

I think it’s happening. There’s less spice, increased sweetness -- but not completely. Those barriers still have to exist.