Hundreds brave the cold, and gawkers, for annual celebration 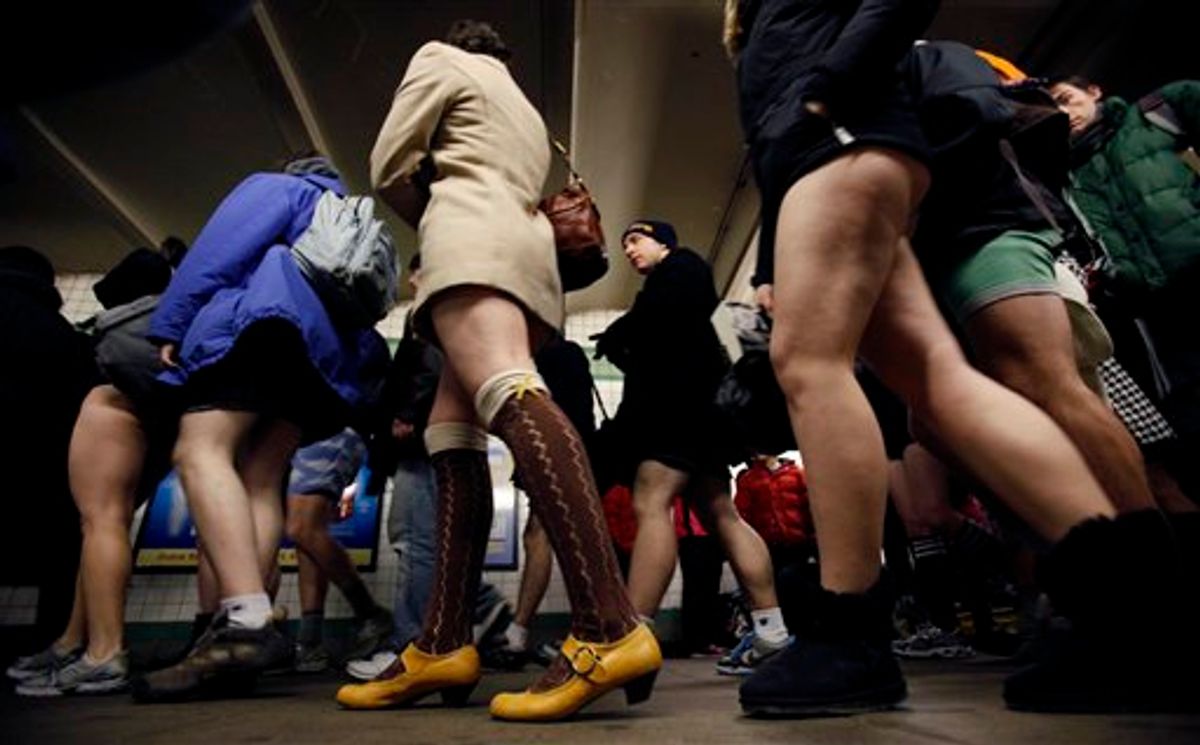 Hundreds of New Yorkers have been riding the city's subway trains in their underwear.

They stripped down to their undies on Sunday for the ninth annual No Pants Subway Ride.

The idea is to act like nothing unusual is going on.

Participants met up at six locations throughout the city. They formed groups and dispersed to subway stations to catch trains. Once inside the subway cars, they began calmly removing their pants and folding them up.

Most people read magazines or chatted with their companions like any other straphanger.

The event started in 2002 with just seven people. It has spread to other cities.

The stunt is organized by Improv Everywhere, a group that says its mission is to cause "scenes of chaos and joy in public places."