Setting the record straight on Hillary 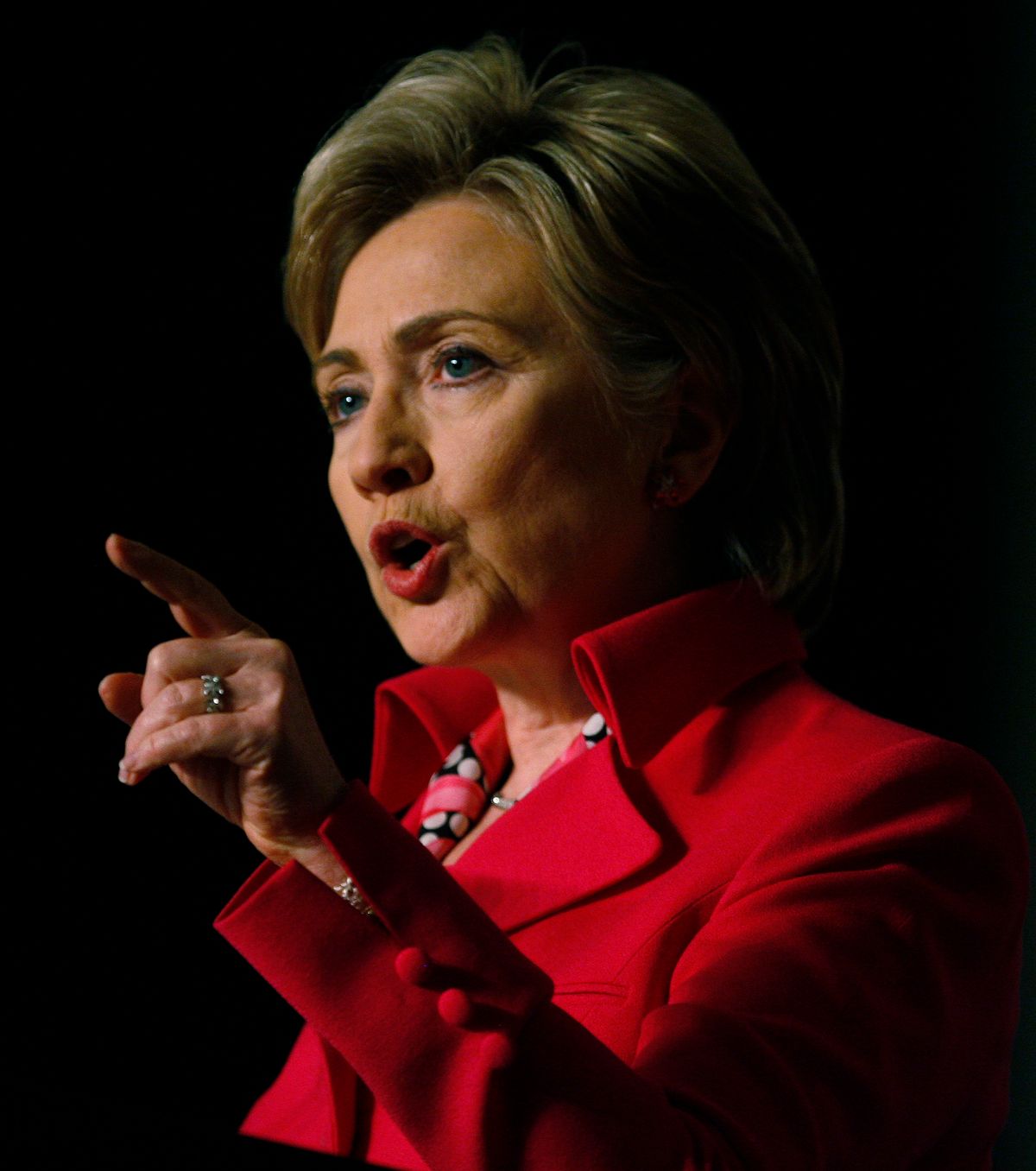 Ben Smith writes a cover story for Politico titled "Game Over: The Clintons Stand Alone." The piece is based on John Heilemann and Mark Halperin's "Game Change," the latest in an ever-expanding series of 2008 campaign books -- none of which, in my view, capture the entire story of what happened in that historic Democratic primary. (I include in that assessment David Plouffe's "The Audacity to Win," which is undeniably a definitive version of what transpired inside the Obama campaign from the perspective of an exceptional campaign manager, but overlooks key reasons for Hillary Clinton's defeat and doesn't articulate the full scope of the online commentariat's impact.)

I am reading "Game Change" now and will update this entry once I've completed the portions about Hillary Clinton but I wanted to post something immediately in response to the Politico story.

Ben Smith is a savvy, well-connected reporter and Heilemann/Halperin are about as plugged into Beltway culture and D.C. power centers as anyone can be -- whether that's good or bad I'll let others judge. I became acquainted with Halperin during the campaign -- and with Smith -- but never spoke to the former about the book, nor with the latter about his article, so I'm coming to this as an outside observer. I don't dispute that Heilemann/Halperin have high-level sources. I just want to be sure their readers get an accurate picture of Hillary Clinton's conduct during the campaign.

Smith's Politico article makes the case that the Clintons have few remaining defenders:

What's notable about the highly publicized release of "Game Change," however, is the virtual silence from the Clinton camp. The lack of public outrage seems to mark the sputtering end of what was once known as the Clinton political machine and underlines a fact that onetime Clinton loyalists acknowledge: The book's primary sources about the former candidate and current secretary of state are her own former staffers and intimates. As a result, there is no campaign of veteran Clintonites spinning the press corps and trying to pre-emptively discredit the book's scathing depiction of Hillary Clinton as a rudderless candidate and a cheerleader for vicious tactics against eventual winner Barack Obama. ... "Game Change" peels back a decade of careful renovations off Hillary Clinton's carefully constructed public face, casting her in the terms that defined her at her lows in the mid-1990s: scheming, profane, sometimes paranoid, often tone-deaf.

Here's my response: As a former advisor and a senior staffer/department head at her presidential campaign, I'll proudly defend Hillary Clinton and I'll do whatever I can to counter lies, smears and mischaracterizations.

Let me start by recounting how I first got to know her. Nearly four years ago, I was asked by her longtime communications maven Howard Wolfson to join her Senate campaign. I was very happy running my site, the Daou Report, and advising a number of organizations in the then-nascent field of digital media consulting. I considered it an honor to be asked, but I knew it was a life-changing decision. Heeding Howard's warning that once I became part of 'Hillaryland' anything I said or did could become a media story (examples here and here), I had a series of conversations with people I trusted and whose unique perspective could help me make an informed decision.

I discussed it first with close friends and family.

I then spoke to Joan Walsh at Salon, who hosted/supported my site and always gave great advice. I spoke to Arianna Huffington, who openly warned me against giving up the world of blogging to join the Clinton team. I spoke to David Brock at Media Matters, who had a long history with the Clintons and understood the media landscape in great depth. I spoke to John Kerry, whom I respect deeply and for whom I worked in the bitterly contested 2004 election. I fought on his behalf when he was trailing badly going into the 2004 primaries, and after he won the nomination, I lived, worked, ate and slept in his war room for the epic battle against Bush/Cheney/Rove. He understood and taught me the rigors of a campaign better than anyone I knew. And because one of my overarching tasks for Clinton was to connect her to the netroots, I spoke to bloggers like Digby, Markos (Kos) and others to get a sense of the challenge ahead.

In the end, I couldn't miss the once in a lifetime opportunity to work with one of the most dynamic, inspiring women in the world. And even though the entire focus when I joined her was on the Senate campaign, I, like many others, was looking ahead to the 2008 race. I've blogged for years about the pervasive abuse of women and the rampant sexism that affects our world, and the idea of electing a woman president was beyond exciting.

Our first meeting was set for 15-30 minutes but lasted over an hour. Contrary to the myth that she was clueless about the Internet, Hillary was well aware of the importance of technology, of the role of the online community, and most important to me, the value of a strong progressive infrastructure centered around blogs, CAP, Media Matters and the like. We discussed the Middle East and my childhood in Beirut during Lebanon's bloody civil war. Not unexpectedly, she knew virtually everything about every topic we discussed. And she was as down to earth and funny as anyone I'd ever met in politics -- or outside politics.

A week later, fighting flared up in Lebanon. Very early on a Sunday morning, my home phone rang. I answered groggily. It was Hillary, calling to make sure my friends and family in Beirut were OK. That's the person she is, the person I encountered throughout the campaign, privately and publicly.

But this is not about psychoanalyzing Hillary Clinton or probing her personal attributes -- others have made a living doing that. It's not about making her out to be a saint. Nobody is. This is about describing how she ran her campaign and how she treated her opponents when the cameras and microphones were off.

Was I on every call and at every strategy session? No. Can I vouch for every single thing said and done at the campaign. Of course not. But having participated in countless senior strategy meetings, crisis management and rapid response drills and emergencies, "war rooms within war rooms" (a term used by Heilemann/Halperin), debate prep, calls, e-mails and private conversations with the candidate, and having slept with my BlackBerry under my pillow and been stationed at the center of her communications operation for the duration of the campaign, I can confidently state that Hillary Clinton did not push for "vicious" or dirty tactics against any of her opponents, nor did she encourage or "cheer on" that behavior from her staff. The ethos of the campaign, which she conveyed in word and deed, was that she would win because she was best prepared, worked the hardest and had the most compelling ideas.

She was centered, dignified and focused throughout, although her frustration and pain did show through at some moments. She knew the media environment was stacked against her, against any woman. She knew what she was up against and drove forward into the furious headwinds of sexism and right-wing-fueled Clinton-hatred.

The unraveling of her huge lead in the polls in late 2007 is an incredibly convoluted and harrowing tale of words, actions, decisions, interpersonal dynamics, internal campaign struggles, dysfunctionality, careless mistakes, leaks, "surrogates gone wild," (my term for overzealous supporters), reactions, underreactions, overreactions, strategic/tactical brilliance and incompetence, emotional highs and lows on the part of all the candidates and campaigns. Anyone who tries to reduce it to a few pivotal moments or to a simple character narrative does history an injustice. It was literally a minute-by-minute unfolding, accelerated and complexified by millions of online activists and commentators, who could shape and reshape conventional wisdom in a matter of moments. Any single decision could have changed the course of events -- and of history. I have little tolerance for critics who simplify the whole election as some sort of reflection of the supposedly terrible character of Bill and Hillary Clinton, conveniently ignoring the Obama campaign's brutally effective hardball tactics and overlooking the infinite dimensions -- and messiness -- of a presidential image/message war.

The fact is, both campaigns slogged it out, played rough, and one came out victorious. And it would be wrong to act like only Hillary faced historic obstacles. Barack Obama was a formidable candidate and opponent who faced almost insurmountable odds. He deserves all the credit for winning and even more credit for appreciating Hillary's value when the contest ended.

Still, it's important to state for the record, contra "Game Change" (or at least Politico's interpretation of the book), that if anything, Hillary's campaign let her down, not the reverse. Nor was it just one person's fault. Her entire senior team bears responsibility. I take responsibility for the role I played. It's easy to demean her when you're an anonymous source for a book (and an easy way to absolve oneself of guilt), but let's get real: Far too often, she carried the campaign through sheer force of will and through an endless wellspring of personal fortitude.

Nobody wants to relive 2008, but history is being written now. Generations from today, students will read about a historic campaign where barriers were shattered, and I for one, don't want the wrong story to be told.

Peter Daou is a political consultant and a former advisor to Hillary Clinton.