The RNC chairman says Harry Reid should quit over the "Negro" flap. So why did Steele apologize to Rush Limbaugh? 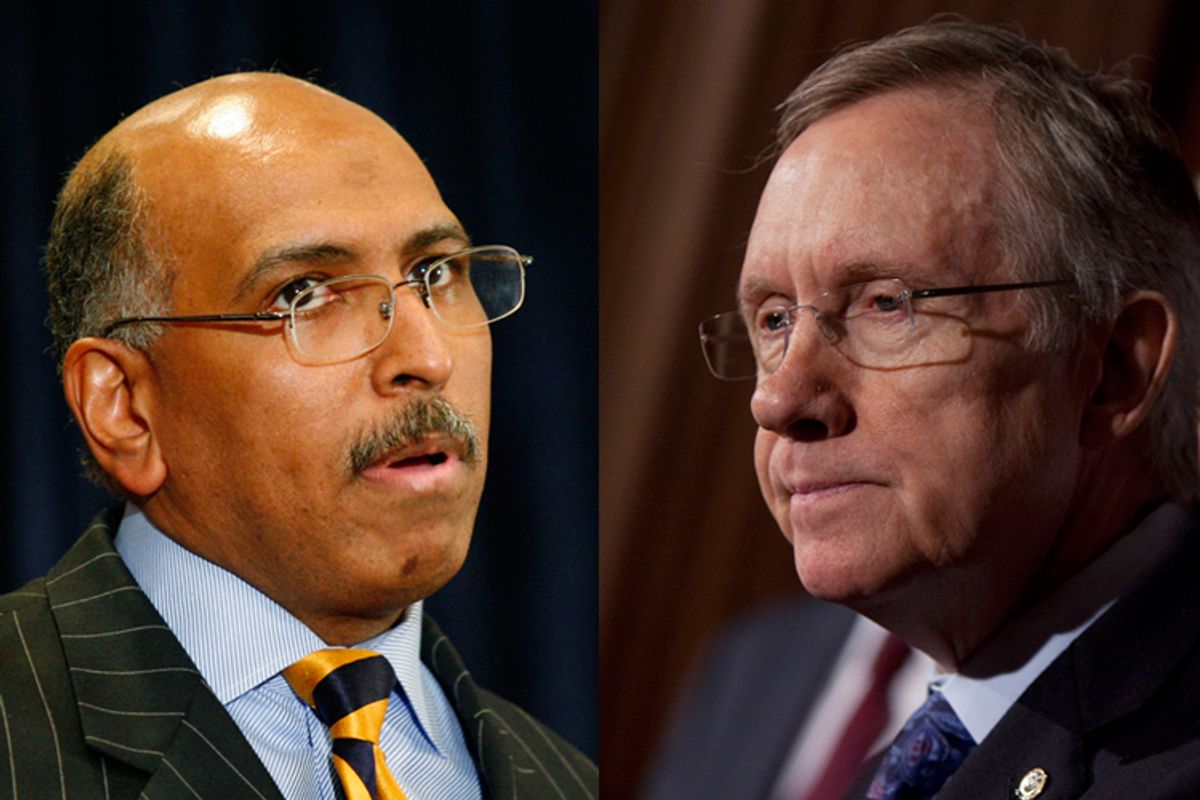 Confused by Michael Steele’s demand for Harry Reid to resign over what the screaming headlines called "his Negro remark”? It is puzzling, because the Republican National Committee chairman hasn’t explained in specific detail what troubles him so much about Reid’s comments. So far he has offered little beyond a false comparison between the silly Reid flap and the furor that ensued when Trent Lott endorsed the 1948 segregationist presidential campaign led by Strom Thurmond (in December 2002). He bemoans a  "double standard" that supposedly lets Democrats like Reid get away with gaffes for which Republicans are punished.

Certainly the word "Negro" itself cannot be the problem for Steele, nor the candid discussion of President Obama’s racial identity, because the RNC chairman has already given Rush Limbaugh a pass on far more offensive remarks. Back in 2008, Rush yodeled a parody tune titled “Barack the Magic Negro” on his radio show, referred to Obama as a “Halfrican-American,” stereotyped him as an “angry black guy” and called him a “little black man child” who had “disowned his white half.”

Nothing offensive there at all -- or not according to Steele, anyway, who made a groveling apology to Limbaugh last March after telling D.L. Hughley on CNN that the radio host’s entertainment style was sometimes “incendiary” and “ugly.”

“My intent was not to go after Rush -- I have enormous respect for Rush Limbaugh,” Steele said back then. “I was maybe a little bit inarticulate. … There was no attempt on my part to diminish his voice or his leadership.” Several weeks later, while hosting Bill Bennett’s radio show, Steele had a hearty laugh about that Magic Negro Obama.

If Reid had just sung a little ditty about the “Negro” president on the airwaves, perhaps the Republicans would worship him, too. For more on the Reid flap, see my column here later today.