The revolution must be televised 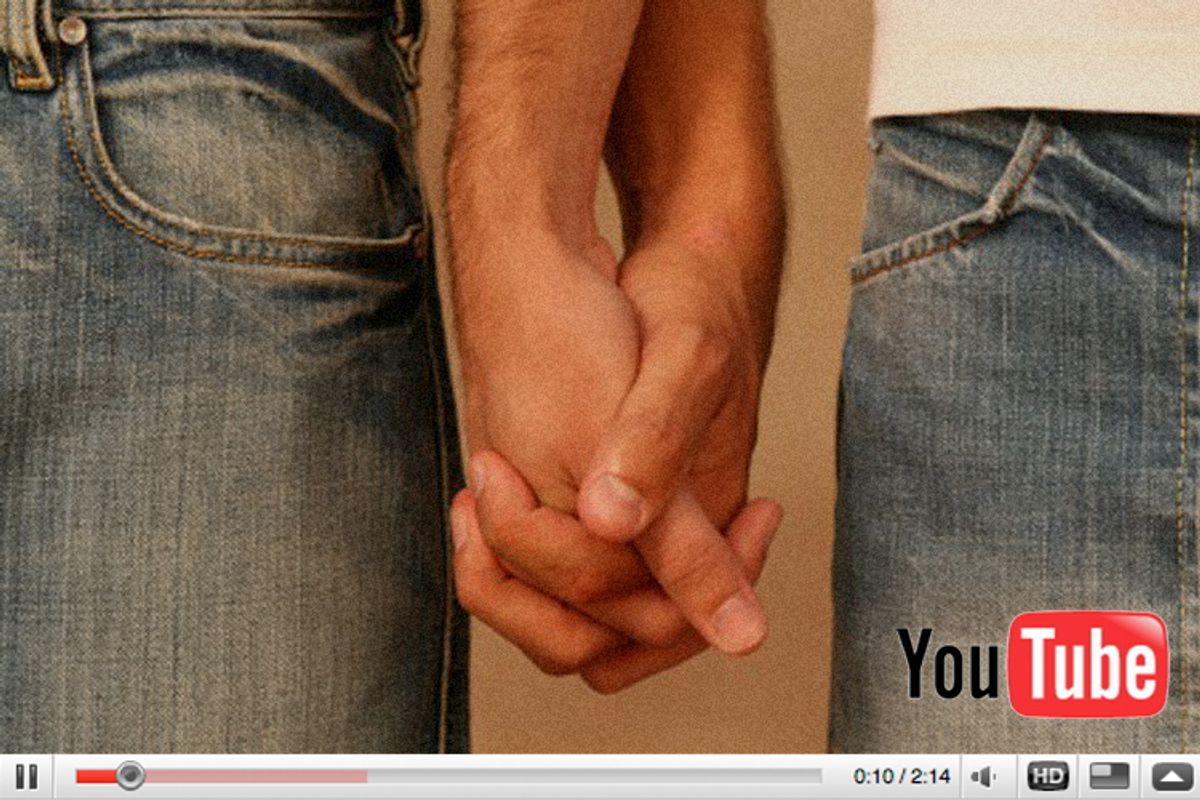 Much has been written about the historic nature of California's gay marriage trial. Amazingly, the case has also introduced an even bigger issue of the very stage on which our constitutional cases play out. On Monday, the decision to broadcast the whole shebang on YouTube -- a thrilling first -- was stayed by the United States Supreme Court, apparently swayed by the arguments of gay marriage opponents, who claimed cameras in the courtroom would make a circus of the trial and expose gay marriage opponents to danger and abuse. On Wednesday, the Supreme Court hands down an official decision, and if it plans to speak for the people, the cameras should start rolling.

If the Court followed election returns, the choice would already be clear. (In a routine notice asking for feedback, the trial court received a whopping 138,542 in favor of broadcasting the trial and 32 opposed.) But this is also about how and where far-reaching constitutional decisions are made in our country. For too long, Americans have watched momentous societal shifts come like lightning bolts from a cloistered Supreme Court -- no prior warning, no explanation aside from the constitutional nitpicking only legal scholars seem to understand, followed by overheated pundits raving about out-of-control judges on cable news. But a trial televised on YouTube offers something new -- the chance for ordinary citizens to weigh the evidence and judge the arguments in a landmark constitutional case -- and it comes at a crucial time.

For years, scholars and pundits -- not just from the right, but so-called liberal George Washington University law professor and New Republic legal editor Jeffrey Rosen and his colleague at New York University, Barry Friedman, as well -- have advocated judicial restraint, with the idea that the courts fare best when they follow social changes, not dictate them. Their favorite example of egregious overreaching is, of course, the Supreme Court's decision protecting abortion rights in 1973, Roe v. Wade. This brand of thinking has gained such traction that gay marriage opponents in the California trial plan to call judicial restraint scholar Kenneth P. Miller of Claremont McKenna College as an expert witness. Presumably Miller will tell the judge to stay out of the gay marriage business. A professor telling a judge to pipe down? Now that's a viral video clip I want to watch.

The courts are under fire because, in the last half-century, the unelected federal courts interpreted the Constitution at least six times to change society at its very roots: desegregating the schools in 1954, redrawing the electoral map to empower racially diverse cities and suburbs in 1964, protecting birth control in 1967 and then abortion in 1973, both of which contributed in no small part to the sexual revolution. In 1971, the Court's decision about gender preference in the executors of dead people's estates effectively enacted a version of the proposed Equal Rights Amendment into existing constitutional doctrine. In 2003 it said Americans couldn't make laws against gays just because they hated them and struck down one such example, the criminal sodomy laws. Oh, and there is the little matter of the Supreme Court decision halting the Florida recount and ending the disputed election of 2000.

The scholars are right that people bucked powerfully against these decisions: After Brown, billboards calling for Chief Justice Earl Warren's impeachment sprouted all over the highways, and Southern governors stood in schoolhouse doors. The Equal Rights Amendment was defeated. The abortion case produced a cottage industry of antiabortion activism. Anti-gay constitutional amendments flooded the legislatures and ballot boxes of scores of states and the U.S. Congress. Change is hard and does not come without painful consequences.

But while the most controversial Supreme Court decisions have become an unremarkable part of the American social fabric, the notion that the courts overreached has come to dominate the debate. Conservative legal scholars generated an entire school of constitutional law claiming the courts were not empowered to interpret the Constitution but only to apply the bare bones of the 18th-century language neutrally to the facts before them. This is a bizarre notion, inconsistent with any reasonable understanding of a foundational document intended to last as long as the Republic. Still, every recent Supreme Court nominee, including Democratic appointee Justice Sonia Sotomayor, has felt obliged to endorse the theory that federal judges should act, in Chief Justice Roberts' words, as nothing more than "referees."

The courts' role in the constitutional order is under attack even from its allies. Mainstream gay rights organizations like the ACLU and the Lambda Legal Defense Fund were horrified when gay marriage plaintiffs' famous lawyers David Boies and Theodore Olson brought the California suit, fearing that the Supreme Court would be too timid to find a right to gay marriage in the Constitution after all the heat it has taken. But there is a way to change this course.

Opening up the litigation through video could break the deadlock between what enforcing the Constitution requires and what a self-governing people can readily accept. Obviously, the Constitution does not allow YouTube viewers to decide the outcome. But if the Supreme Court acts to lift the stay that stopped the cameras, then, when that decision comes, the case will have unfolded before the people in all its complexity. They can see it any time, anywhere. They can discuss it endlessly, with no small amount of authority, and wrestle with the issues at stake.

Gay marriage supporters enthusiastically welcomed the chance to let the American people in on their story. But because the Supreme Court stayed the broadcast, only a handful of us here in the courtroom heard the plaintiffs, one gay and one lesbian couple who want to marry, describe their lives yesterday. Only a handful of people witnessed plaintiff Paul Katami, a gay man in his 30s, visibly choke up when he told the court, "There’s no way you can know how it feels until you go through it. I'm a proud man." And if the stay is not lifted, only a handful of people will watch as expert witnesses describe the history of hatred toward gay people and the psychological impact of being segregated from the marriage institution. Only a handful will watch defendants' experts explain the religious or cultural taboos against gay marriage or the harm it will do, particularly (according to one expert slated to appear) to African-Americans. Only a few will hear two superb teams of lawyers argue whether or not the Constitution, the basic law of the United States, requires the court to strike down Proposition 8, limiting marriage to the heterosexual majority. These issues cut deep: Does a condition have to be immutable, like race, to entitle its bearers to protection as a "minority" under the Constitution? How good do the state's reasons have to be when it draws a line between the majority and a historically disfavored group?

Whatever the outcome, broadcasting the trial offers us a chance to watch justice. And watching justice restores the courts to their respected and legitimate place in the constitutional order, respectful of democracy but not too fearful to interpret the Constitution. After all, even a little child knows that things are always scarier in the dark.