Good news for Democrats in Connecticut

Party has a good shot at keeping Sen. Chris Dodd's seat, and picking up another down the road 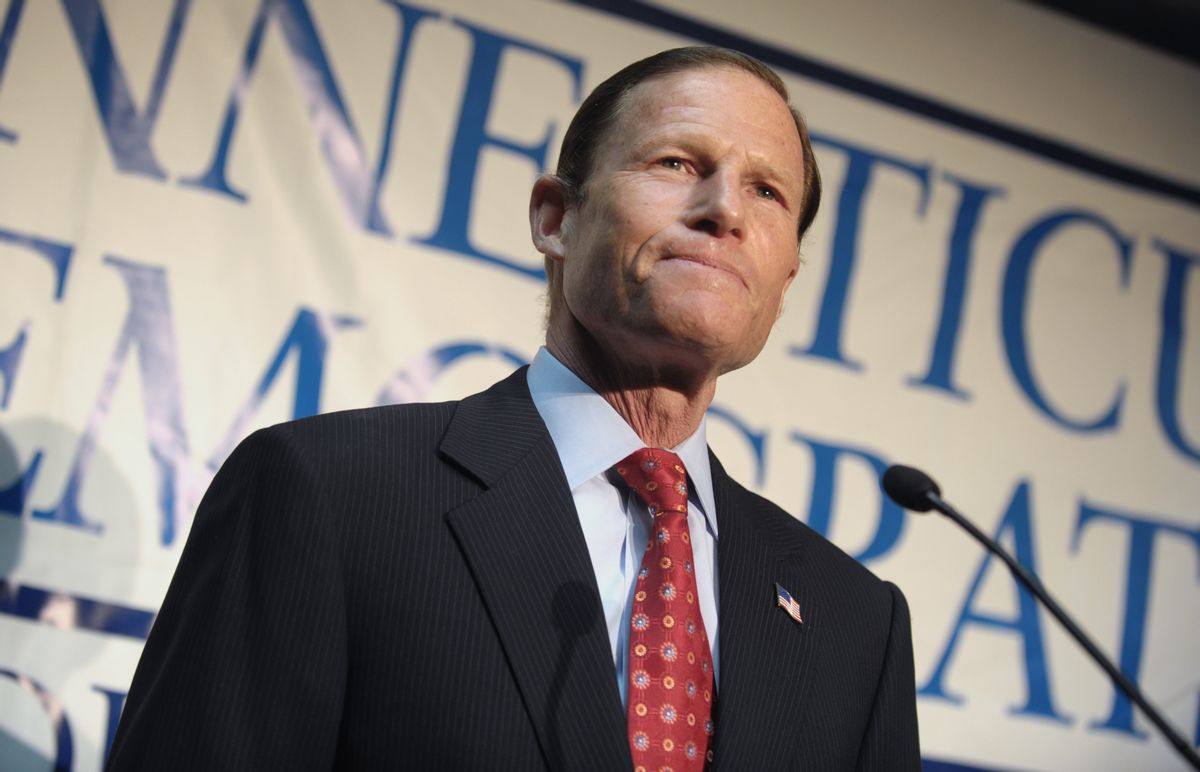 Quinnipiac's out today with a new poll confirming results from one earlier survey that had been conducted by a Democratic firm: Connecticut Attorney General Richard Blumenthal is a heavy favorite to win the race for Sen. Chris Dodd's seat, in a much better position than Dodd would have been.

Many Democrats, though, will be even happier to hear some other results from the same poll. It shows Connecticut residents losing faith in the state's other senator, independent Joe Lieberman. His approval rating is at a dismal 39 percent, 10 percentage points off what it was as recently as November, with 54 percent of respondents saying they disapprove of the job he's doing.