Rage against the vegetable garden 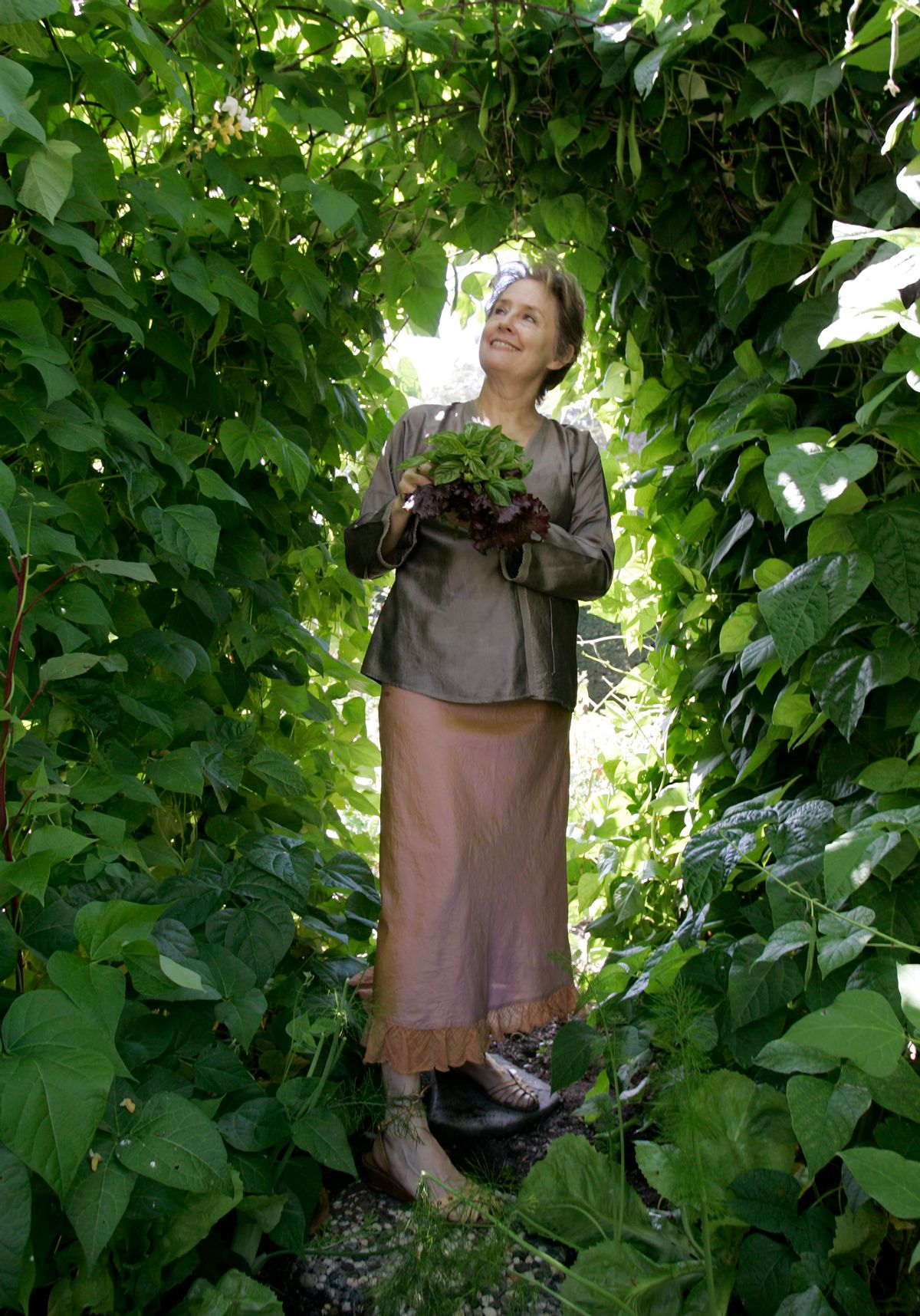 Caitlin Flanagan launches her all-out attack on public school vegetable gardens, "Cultivating Failure," in the January/February issue of the Atlantic, with a truly horrifying scenario.

Imagine that as a young and desperately poor Mexican man, you had made the dangerous and illegal journey to California to work in the fields with other migrants. There, you performed stoop labor, picking lettuce and bell peppers and table grapes; what made such an existence bearable was the dream of a better life. You met a woman and had a child with her, and because that child was born in the U.S., he was made a citizen of this great country. He will lead a life entirely different from yours; he will be educated. Now that child is about to begin middle school in the American city whose name is synonymous with higher learning, as it is the home of one of the greatest universities in the world: Berkeley. On the first day of sixth grade, the boy walks though the imposing double doors of his new school, stows his backpack, and then heads out to the field, where he stoops under a hot sun and begins to pick lettuce.

What a nightmare! Public school Latino kids, sentenced to lives of outdoor drudgery, their dreams of upward mobility crushed by the elite machinations of foodie evangelists led by Alice Waters, the mastermind of Berkeley's Edible Schoolyard Project. I cannot disagree: The scenario is strikingly evocative, a masterful example of how noble ideals can morph horribly into cruelly ironic exploitation.

But there are some problems with the construct, not least of which is that reference to the "hot sun," which suggests that even though Caitlin Flanagan was born and raised in Berkeley, she doesn't recall the East Bay's climate all that well. But more to the point is that initial word: "imagine." Flanagan's concoction is just that; a fantasy made up out of thin air. In her entire 3,500-word article, there is no indication that she talked to a single Latino in Berkeley who might have misgivings as to the merits of elementary and middle school kids spending a mere hour-and-a-half a week tending a garden.

That's not to say that, had she tried, Flanagan wouldn't have found someone to support her thesis. Berkeley takes its politics seriously, and there will always be someone ready to froth over in outrage at something. I've a veteran of the PTA of Berkeley's Malcolm X Elementary, so believe me, I know. But when it comes to the public schools out here, your average parent, of whatever ethnicity, tends to be much more concerned with class size, providing funding for teachers to keep their classroom supplies stocked, preventing bullying and drug use on the playground, and a litany of other woes, than whether or not the public school vegetable gardens unintentionally evoke the hardship of immigrant labor in the strawberry fields of the Salinas Valley.

This is probably a good spot for a massive disclaimer. I'm a Berkeley parent with two kids who have made their way through Berkeley public schools from kindergarten to 10th grade. With my own two hands and a posthole digger I helped to build the vegetable garden at my children's elementary school, Malcolm X. (There is even a faded drawing still hanging on my refrigerator door depicting my daughter and myself in the act of erecting a fencepost at that garden.) I occasionally shop at the local farmers' market, try to avoid factory-farmed animals, and have even dined (once or twice in a span of 20 years) at Alice Waters' Chez Panisse, described by Flanagan as "an eatery where the right-on, 'yes we can,' ACORN-loving, public-option-supporting man or woman of the people can tuck into a nice table d'hote menu of scallops, guinea hen, and tarte tatin for a modest 95 clams -- wine, tax, and oppressively sanctimonious and relentlessly conversation-busting service not included." Not to be too fine about it, but Caitlin Flanagan and I would not see eye-to-eye over the dinner table or in the garden. It wouldn't be long before we were throwing heirloom tomatoes at each other.

This means that when I dismiss Flanagan's thesis that the time spent tending vegetable gardens is preventing disadvantaged Berkeley kids from getting the kind of rigorous education that would enable them to successfully reach for the American dream as laughably absurd, I could be accused of having an ax to grind, or a least an organic garden row to hoe. So be it. Her argument is unconvincing. Flanagan provides zero evidence that the hour-and-half devoted to the garden (and sometimes, a cooking class that utilizes ingredients procured from that garden) has any negative impact on test scores or grades.

Her entire case is circumstantial. If the kids are out in the garden, then they are not reading "Emerson and Euclid" or learning "hard math." The hole in this argument is so large that you could drive a herd of grass-fed cows right through it. If that time is so precious, then why not do away with art and music and physical education classes too?!

You don't have to be a Berkeley parent to value art and music education, or understand that regular exercise is critical for raising healthy kids. But in Berkeley, and increasingly elsewhere, we also take seriously the idea that understanding what we eat is an essential ingredient in understanding how to live well, healthily and sustainably, in this world, and that it may be just as important, or more, to the prosperous functioning of society as is the ability to play the flute, paint a picture, run the mile or use the Pythagorean theorem. Flanagan rejects that value system, using the poor performance of California schools as a smoke screen for cultural warfare. Her problem with public school gardens is not their effect on test scores, which she can't measure anyway, but her cultural animosity against the Alice Waters of the world, the foodies, the organic gardeners and locavores and crusaders against factory farms and monoculture agribusinesses.

She correctly locates Berkeley as near ground zero for Northern California food consciousness and assails the school gardens as if they were an invidious fifth column for this destructive ideology. But at the same time, she falls victim to exactly the same kind of elitist class consciousness that she purports to despise when she imagines that a second generation Latino kid in Berkeley isn't just as likely to appreciate the significance of organic arugula as my own white-as-Wonder Bread 12-year-old son, who makes a habit stopping off at the Tuesday farmers' market on his way home from school looking for something tasty to nibble and who is far more comfortable with the concept of cilantro than his father ever was at that age.

I walk by the vegetable garden that I helped build at Malcolm X two or three times a week. Next time I see kids tending the farm I'll give them a closer look than usual, on the watch for stooped backs and pressed labor. But I'm guessing what I'll see is the same as always, kids laughing, kids glad to be outside, glad to get a break from the schoolroom for a few minutes, busily interacting and learning about their environment in a way no one ever thought to teach me when I was a public school kid way back when. And I'll feel sorry for Caitlin Flanagan, wasting so much time and energy getting so angry about something that just isn't controversial, at all.