$3 million in relief funds via texting proves that new technology enables grace, as well as boorishness 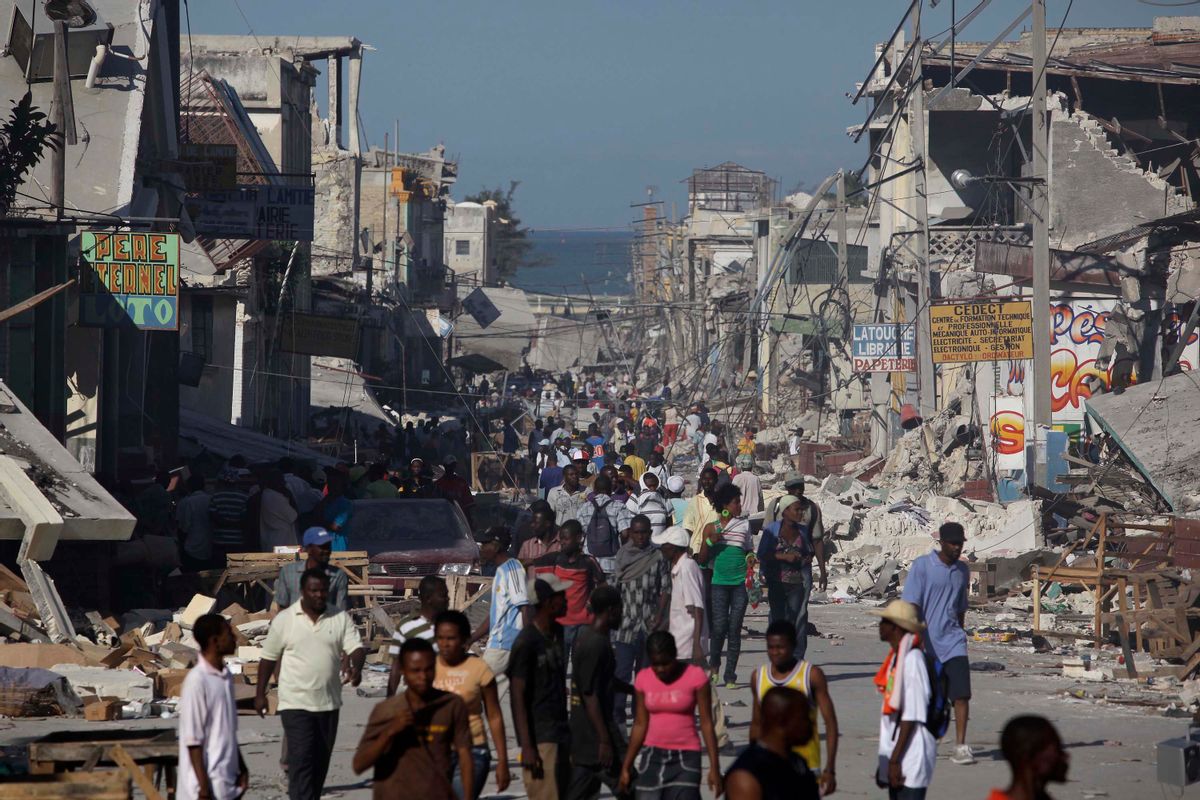 As of 10:30 a.m. Eastern time Thursday, Americans had donated over $3 million to Haitian relief efforts, according to the State Department, the Red Cross, and various mobile phone operators. The total obliterates previous text-driven philanthropy records, reports MSNBC's Susanne Choney: in 2005, Hurricane Katrina inspired only $400,000 worth of such donations.

The vast increase in giving doesn't necessarily mean Americans are predisposed to be any more charitable today than they were five years ago, or that they find earthquake-devastated Haitians any more deserving of aid than residents of New Orleans. The outpouring is more likely a reflection of the emergence of texting as a mainstream cultural phenomenon in combination with the speed with which the State Department helped organize and publicize the mechanism -- within hours of the tragedy, President Obama was directing Americans to whitehouse.gov to learn how they could help.

As cellphones become ever more entrenched as our indispensable interface to the networked world, this kind of smart-mob philanthropy will only increase. It's hard to imagine anything that takes less physical or mental effort than texting a five-letter word to a five-digit address. (HAITI to 90999). (Why, it just took me seven seconds to do it in between writing the last sentence and this one.) You'd have to be pretty lazy, or pretty flint-hearted, or pretty destitute not to do it. You don't need Internet access, you don't need a computer, you don't need to tell your credit card number to anyone ... you just need a cellphone.

This is a classic case of digital, networked communications technology making an aspect of our lives easier than it has ever been before, and I think it's worth cherishing as the beneficent flip side to some of the more unsavory aspects of our always-online existence. As anyone who has ever spent any time reading Internet bulletin boards, or online reader comments, or even just a nasty intemperate e-mail from a friend, is all too well aware, it's awfully easy to be rude and outright hateful in the virtual universe. It's just too simple to hit send or press enter without any forethought and spew some very unnecessary bile into cyberspace. Things we would never say to someone's face roll off the keyboard with ease. Flame wars break out at the drop of an online hat.

This explosion of cyber-incivility is often bewailed as proof of our increasing digitally enabled barbarism; the Internet, we are told, has corroded something profound in the makeup of society. On the Net, nobody knows if you are a dog, but everyone acts like an asshole. Oh, for those analog days of yesterday, where all employed quills and ink to write love sonnets to each other and spoke only in tones of somber propriety! Where have all the manners gone?!

But this is not a zero-sum game! The explosion of Haitian text-giving is proof that new technology can give a boost to our better nature, even as it simultaneously enables our most prurient impulses. For every flame war, let's have a virtual food-bank drive. For every nasty-gram, let's, in some small way, try to help alleviate suffering somewhere. It's easy. All you need is a phone.