An Axelrod vs. Rove cage match 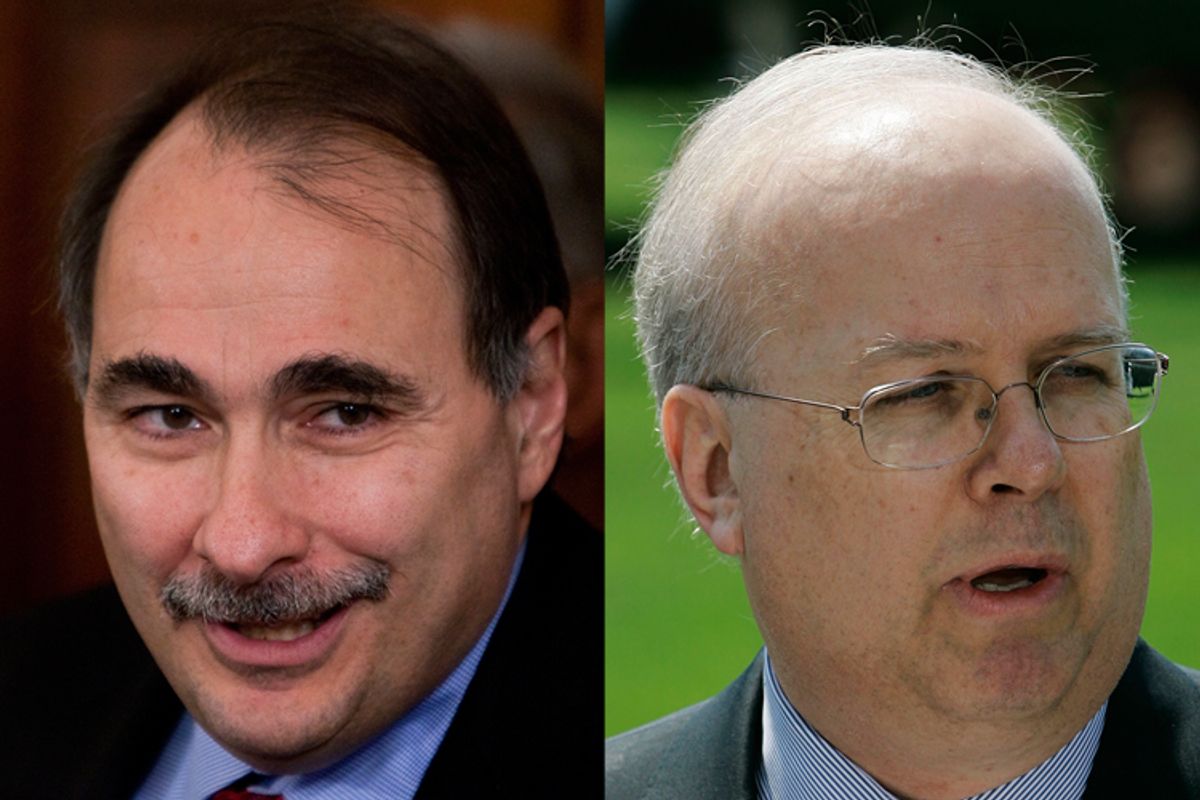 It's not often that you see people who are or have been senior advisors to presidents swiping at each other in print. But that happened in an Op-Ed in Friday's Washington Post, and it's just one of the reasons that the piece -- written by David Axelrod, a senior advisor to President Obama, about Karl Rove, once a senior advisor to former President Bush -- makes for interesting reading.

Axelrod really doesn't pull his punches in the Op-Ed, going after Rove for something he said for a collection of advice from political operatives to Democrats that the Post ran last weekend.

"Rove has some impressive campaign victories to his credit. But given the shape in which the last administration left this country, I'm not sure I would solicit his advice. And given the backhanded advice he offered, I'm not sure he was all that eager to help," Axelrod writes. And that's just the beginning.

Axelrod goes on to write:

Of all the claims Rove made, one in particular caught my eye for its sheer audacity and shamelessness -- that congressional Democrats "will run up more debt by October than Bush did in eight years."

So, let's review a little history:

To put the breathtaking scope of this irresponsibility in perspective, the Bush administration's swing from surpluses to deficits added more debt in its eight years than all the previous administrations in the history of our republic combined. And its spending spree is the unwelcome gift that keeps on giving: Going forward, these unpaid-for policies will continue to add trillions to our deficit.

Finally, at the end of the piece, Axelrod goes back to the personal, focusing his energies on Rove again and writing, "There's an old saying that everyone is entitled to his own opinions, but not his own facts. The next time Karl Rove would like to offer us some advice, I'd urge him to take that to heart."